Garrett Matthias, 5, thought about what his funeral would look like one day. He did not want a solemn gathering; he wanted a carnivallike atmosphere.

When he died, he said he wanted “to be burned” and “made into a tree so I can live in it when I’m a gorilla.”

And after he died? “I am going to be a gorilla and throw poo at Daddy!”

He shared all of this — and much more — in conversations with his parents over about 10 months battling a rare form of cancer.

What he did not know was that his words would live on, compiled into an obituary that has been widely shared. 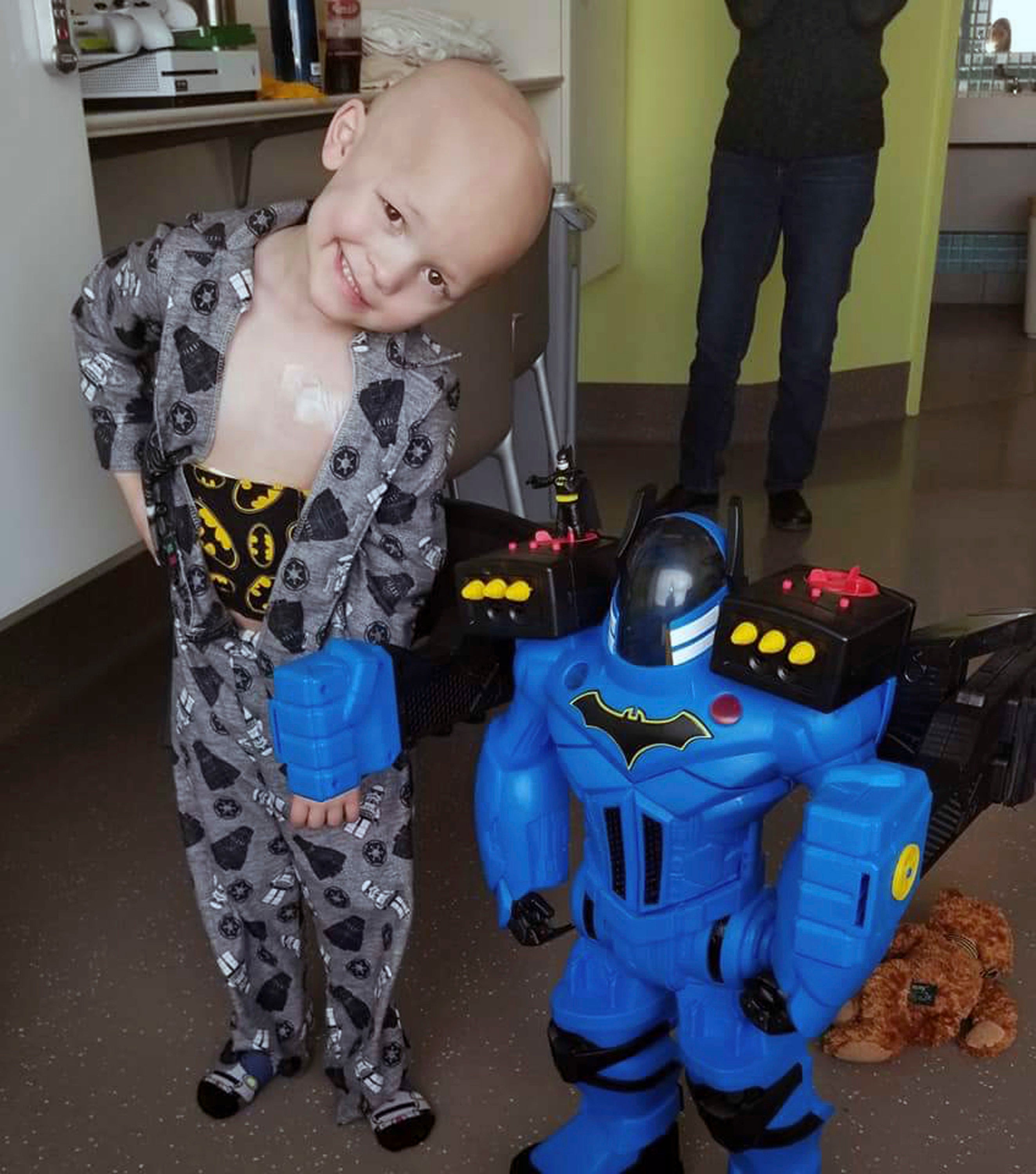 His illness started at the end of August, when Garrett was 4.

“He came home from preschool one day and it looked like he had a stroke,” Garrett’s mother, Emilie Matthias, said Saturday. “The left side of his face looked like it was paralyzed when he smiled.”

After consultations with different doctors, all of whom said Garrett had Bell’s palsy, he saw one who suspected something far different. In September, a biopsy revealed he had rhabdomyosarcoma, a cancer that attacked his temporal bone and inner ear, rendering it inoperable.

The Matthias family — Garrett; Emilie; her husband, Ryan; and their daughter, Delphina — traveled from their home in Van Meter, Iowa, about 20 miles west of Des Moines, to seek treatment in Iowa City. It was supposed to include 54 weeks of chemotherapy and six weeks of radiation.

The sarcoma hadn’t yet spread to his brain.

He was “forever a prankster” who teased the doctors and nurses with whoopee cushions and clothes pins he would sneak onto their clothes, his obituary said.

His obituary reflected a blend of his boyhood and the treatments he endured. In a section titled “The things I love the most,” it said: “Playing with my sister, my blue bunny, thrash metal, Legos, my day care friends, Batman and when they put me to sleep before they access my port.”

But after more than 30 weeks of chemotherapy, Garrett developed headaches so debilitating that he could not speak. 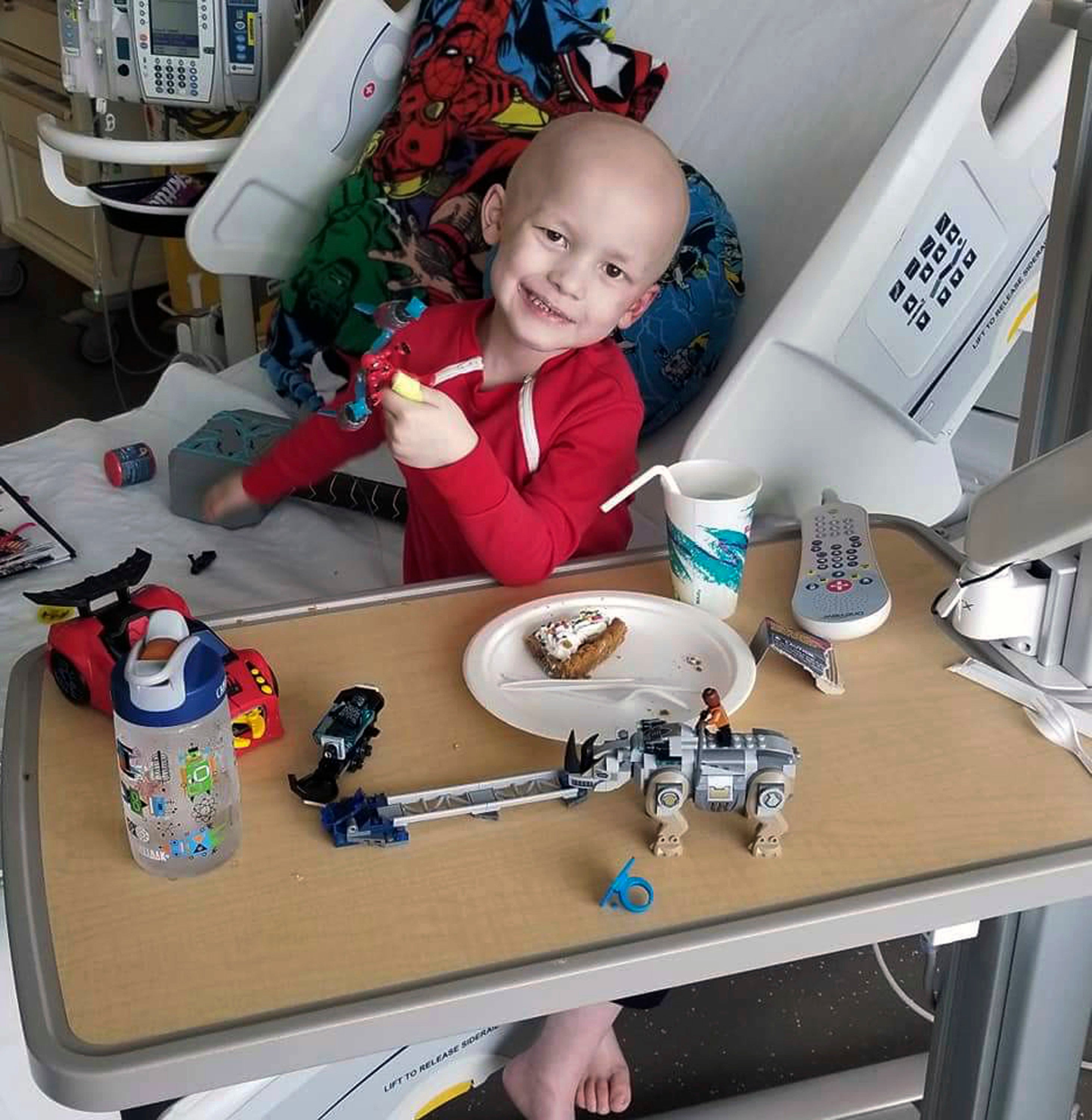 “It had migrated from the temporal bone to the lining of his brain, which is what regulates the spinal fluid,” Matthias said. “At that point they came and told us that his cancer was treatment-resistant.”

They had planned to travel to Florida through the Make-A-Wish Foundation, but Garrett’s illness was too severe, so he instead visited the Omaha Zoo in June.

“He got to interact with the gorillas, and he had a great time,” his mother said.

But the trip was cut short.

“We went to the zoo on Friday morning and by Friday night he couldn’t walk,” she said, adding that the cancer had spread to his spinal cord.

Garrett once told his parents that his favorite superheroes were Batman, Thor, Iron Man, the Hulk and Cyborg.

In that vein, his family was honoring Garrett on Saturday night with a symbolic Asgardian burial ceremony — a nod to a scene from the movie “Thor: The Dark World.”

Garrett’s grandfather, Fred Krueger, built a 2-foot-long ceremonial boat adorned with a shield that Garrett got at a Renaissance festival, Matthias said. The boat will be set afloat on a neighbor’s pond, while an archer shoots a burning arrow into the sky. 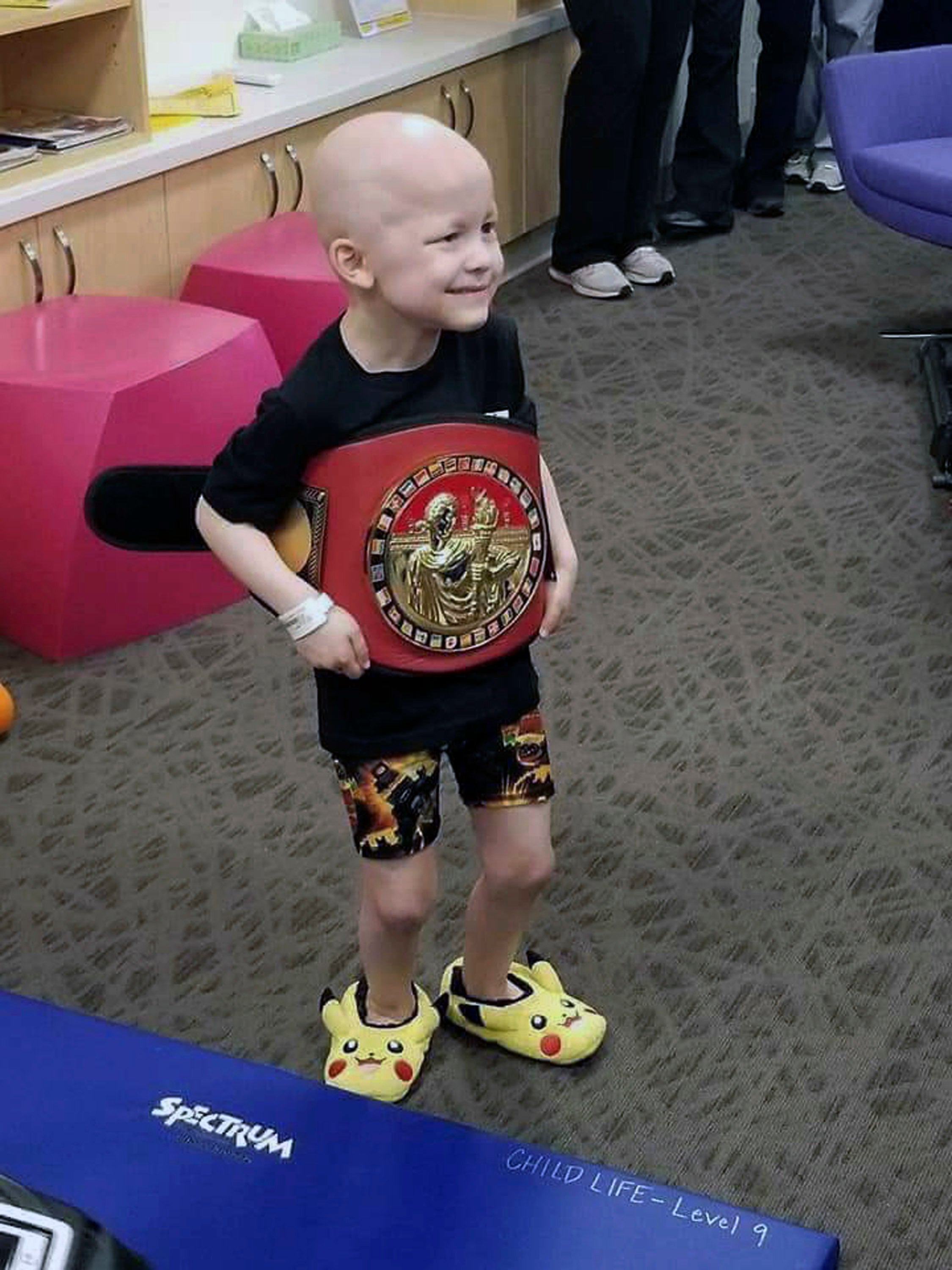 And yes, there will be snowcones. And bouncy houses, as well as fireworks, cotton candy, face painting and spin art.

The family was calling it “A Celebration of Life,” a tribute to a boy who had such vitality even in the face of debilitating pain.

“A private burial of Garrett’s ashes will be held at a later time once his parents figure out how the hell to get his ashes made into a tree and locate a nature preserve, so his tree resides in a protected area,” the obituary said.

Krueger on Saturday recalled a conversation Garrett had with his grandmother: “He asked his grandma one time when his cancer was going to be done. Well, grandma couldn’t answer that question and it broke her heart. But it’s done now.”

Later, when the cancer moved to his spinal cord and Garrett became paralyzed, he thought of his grandfather’s comfort during a recent visit.

“Garrett looks at me and says, ‘Grandpa, come sit in this chair, it will be more comfortable for you,’” Krueger said.

Building the boat for Garrett’s funeral was the least he could do.

“I would have gladly taken his place and died for him if he could have lived, but you know you can’t do that,” he said. “God doesn’t allow for that.” 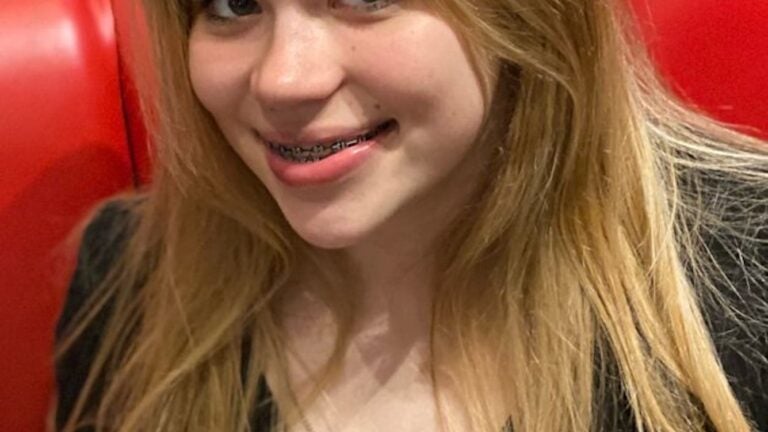