MOUNT HOLLY, N.J. (AP) — A feel-good tale of a homeless man using his last $20 to help a stranded New Jersey woman buy gas was actually a complete lie, manufactured to get strangers to donate more than $400,000 to help the down-and-out good Samaritan, a prosecutor said Thursday.

Burlington County prosecutor Scott Coffina announced criminal charges against the couple who told the story to newspapers and television stations along with the homeless man who conspired with them to tell the story.

Coffina said the money, donated to homeless Marine veteran Johnny Bobbitt, will be refunded to people who saw the story and contributed to him through a GoFundMe page set up by the couple, Mark D’Amico and Katelyn McClure.

‘‘The entire campaign was predicated on a lie,’’ Coffina said. ‘‘It was fictitious and illegal and there are consequences.’’

Coffina said almost no part of the tale was true. McClure didn’t run out of gas. Bobbitt didn’t spot her in trouble and give her money.

Instead, the group met near a Philadelphia casino in October 2017 shortly before the three told their story.

Less than an hour after the couple set up the page to solicit donations, McClure sent a text message to a friend acknowledging the story was ‘‘completely made up,’’ prosecutors said.

GoFundMe said in a statement that people who donated money would get a full refund in the coming days. Coffina said the effort netted $367,000.

The group spent lavishly, Coffina said, and there are ‘‘zero’’ dollars left.

The couple bought a BMW, took a New Year’s trip to Las Vegas and bought high-end handbags, among other items.

More than $85,000 in cash was withdrawn at, or near, casinos in Atlantic City, Bensalem, Pennsylvania, Philadelphia and Las Vegas.

The fraud didn’t stop with the GoFundMe page. The trio did interview after interview, posed for photos together, revisited the spot where they claimed their first encounter happened and went on ‘‘Good Morning America.’’ The Associated Press prominently featured their story. A picture of Katelyn McClure and Johnny Bobbitt is displayed during a news conference in Mt. Holly, New Jersey, Thursday.

Bobbitt, 35, was arrested Wednesday night by U.S. marshals in Philadelphia and remained in custody Thursday on probation detainers and a $50,000 bond. A message was left with a previous attorney of Bobbitt’s.

D’Amico, 39, and McClure, 28, surrendered to authorities Wednesday night and were released. Their attorney said they have no comment.

Prosecutors began investigating after Bobbitt claimed he wasn’t getting the money that had been raised on his behalf. He later sued the couple.

The prosecutor said ‘‘there’s a good chance’’ the alleged fraud might not have been uncovered had Bobbitt not brought a civil suit earlier this year alleging that the couple mismanaged the funds.

The investigation began after the lawsuit was brought and parts of the group’s story ‘‘didn’t ring true,’’ Coffina said.

In one text exchange in March 2018, McClure worried that she and D’Amico had less than $10,000 remaining, but D’Amico wasn’t concerned, Coffina said.

He was certain that a book deal they were pursuing would ‘‘dwarf’’ the money from the GoFundMe fundraiser and a few months later, when the dispute with Bobbitt became public, D’Amico was not dissuaded, according to the prosecutor.

Instead D’Amico pitched a title that would encompass the controversy: ‘‘No Good Deed.’’

Investigators searched the Florence, New Jersey, home of D’Amico and McClure in September after questions arose about what happened to the money they raised for Bobbitt. 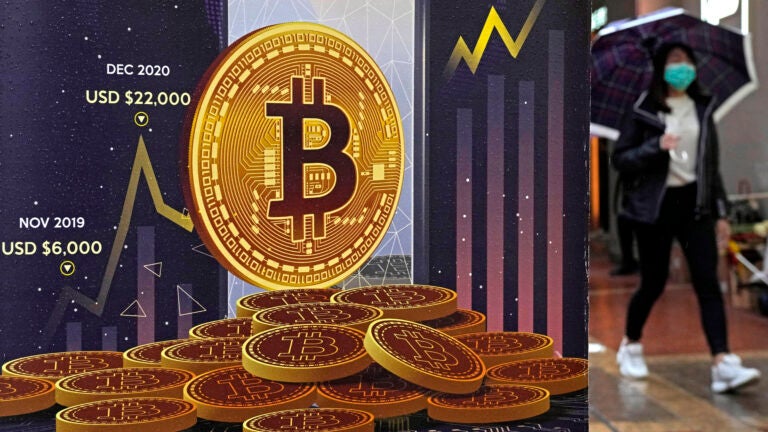