A group of friends slashing their dirt bikes through the woods outside Saucier, Mississippi, found Julia Critchfield. It was January 1978. The 36-year-old mother of four was naked, her body sprawled on a roadside. She had been strangled. Her killer had draped a black dress over her frame.

Nearly 500 miles away and four years later, Rosie Hill’s body was discovered near a hog pen in Marion County, Florida. The 21-year-old was last seen four nights earlier leaving a bar with a stranger in August 1982. She also had been strangled.

Nearly 700 miles east, Melissa Thomas turned up in a church cemetery in Opelousas, Louisiana. It was January 1996. Again, strangled.

The three cases — separated by hundreds of miles and spread over three decades — each stumped local law enforcement. Eventually, the crimes slid into obscurity. The passing years chipped away at witnesses’ memories. Evidence sat in storage, or was misplaced, or swallowed up by hurricanes. Family members mourned publicly, then sank into the private ritual of grieving for the victim of an unsolved crime. Over the years, cold-case detectives would try to kick loose new information. A local television station might run a story to mark a grim anniversary.

Unbeknown to anyone, there was an invisible thread running through each murder — and possibly many more. Authorities learned about the link only this summer, when a 78-year-old serial killer began talking in his Texas jail cell.

In September 2014, Samuel Little was convicted in Los Angeles of the cold-case murders of three women between 1987 and 1989. DNA evidence linked Little — also known as Samuel McDowell — to the slayings. He was given three life sentences, the Los Angeles Times reported at the time.

But last summer, Little’s DNA also connected him to the unsolved 1994 murder of an Odessa, Texas, woman named Denise Christie Brothers — another young woman strangled and dumped. In July, Little was indicted on a charge of the crime, and transferred to Texas. According to a release from the Ector County District Attorney’s Office, a Texas Ranger named James Holland struck up a rapport with Little, and the elderly man began talking.

“People for years have been trying to get a confession out of him and James Holland is the one who finally got him to give that information,” Bobby Bland, the Ector County district attorney, told the Associated Press.

His words delivered a shock. Little claimed he was responsible for more than 90 murders nationwide between 1970 and 2013. If the those numbers prove true, the serial killer’s run would be historic.

“If all of these are confirmed, I mean, he’ll be the most prolific serial killer, with confirmed killings, in American history,” Bland said.

Since Little’s confession, he has already been linked to 30 unsolved crimes. Authorities have confirmed his role in at least nine cases, including Critchfield, Hill and Thomas. Right now, law enforcement officials from across the country continue to trek to his jail cell, hauling along their open case files, hoping the convicted killer can offer answers.

“So far we don’t have any false information coming from him,” Bland told the Associated Press.

Little’s 90 murders would rank him among the most deadly American killers. Ted Bundy is suspected of killing at least 30 victims. Randy Kraft, who claimed he killed as many as 65 people, was convicted in 1989 of 16 deaths. Convicted of 49 murders, Gary Ridgway, the “Green River Killer,” is thought to be the country’s most prolific serial killer.

Now hobbled by poor health and confined to a wheelchair, Little was once a towering 6-foot-3, tipping the scales at more than 200 pounds, the LA Times reported in 2014. Born in Georgia, he was raised by his grandmother in Ohio. By the time he was 16, Little was picked up on his first criminal charge for breaking and entering, the AP reported.

Jail would be the common denominator in his cross-country vagabond life. Between 1957 and 1975, he was arrested 26 times in 11 states on charges ranging from shoplifting and fraud to rape and aggravated assault on a police officer. As Little told California police in an interview, during his incarceration, he put his large hands to use boxing fellow inmates. “I used to be a prizefighter,” he told investigators, according to the AP.

That violent streak first came to the attention of authorities in 1976, when a St. Louis drug addict named Pamela Kay Smith was found banging on a random house door for help. The AP reported she was naked below the waist and her hands were tied behind her back with electrical cord. The woman told police a man had picked her up, choked her, then beat and raped her before she escaped.

Police arrested Little in a car matching the victim’s description. Smith’s clothes were inside. “I only beat her,” he reportedly told police.

Little served only three months in jail after being convicted of assault with the intent to ravish-rape for the crime in December 1976.

The Missouri conviction would set a pattern for Little for the next decade. A peripatetic loner with no fixed address, he was regularly arrested or suspected of violent attacks on women. But he always managed to squeeze free.

In 1982, the remains of a Pascagoula, Mississippi, woman named Melinda LaPree were discovered in a cemetery. She was last spotted with Little. As police investigated, two prostitutes came forward to allege Little had attacked them both. He was arrested for both LaPree’s murder and the two assaults. But a grand jury failed to indict, the AP reported.

That same year, Little was charged with the murder of Patricia Ann Mount in Forest Grove, Florida. His January 1984 trial ended in acquittal.

Months later, in October 1984, Little was charged in San Diego for attacking a woman. The jury deadlocked in an attempted murder trial, and Little agreed to plead guilty to assault and false imprisonment. He served two and half years. After his release, Little relocated to Southern California.

According to NBC Los Angeles, Carol Alford was found murdered in a South Los Angeles alley in 1987. Two years later, Audrey Nelson was found murdered in a downtown trash bin. Also in 1989, Guadalupe Apodaca’s body turned up in an abandoned building. All three cases went cold until April 2012, when a detective put DNA evidence found on the bodies into a national database. The results linked to Little.

In 2014, he was finally put on trial and convicted. “This is a man . . . who believes he can take whatever he wants from women,” prosecutor Beth Silverman told the LA jury, the Times reported.

The conviction put Little away for the rest of his life.

But as the killer’s current confessions now show, a much darker current of violence ran beneath his official criminal record.

In recent months, since Little began talking in Texas, law enforcement have linked the convicted killer to nine murders in five states so far.

Authorities in Macon, Georgia, say Little was behind two unsolved slayings there, the 1977 murder of a still-unidentified woman, and the 1982 strangling of Fredonia Smith. According to the Macon Telegraph, Little “gave investigators specific details and information which linked him to both.”

Police in Mississippi say Little has admitted to two killings — Melinda LaPree in 1982 and Julia Critchfield in 1978, WLOX reported.

Authorities in Russell County, Alabama, now know Little was behind the 1979 murder of Brenda Alexander, 23. In Texas, Little told investigators about picking the woman up at a local disco. “He wringed his hands together, smiled and said, ‘I knew she was mine,” an investigator told the Ledger-Enquirer.

Rosie Hill’s 1982 murder in Florida has also been tied to the killer, WCJB reported.

According to the Advocate, Little has confessed to three murders in Louisiana: the 1982 murder of Dorothy Richards, 55; the 1996 death of Melissa Thomas, 29; and the 1996 murder of Daisy McGuire, 40.

These jurisdictions now face the tricky question of whether to prosecute Little. He is already set to spend the rest of his life in prison. For some victims’s families, knowing Little is responsible might be their only consolation.

But the killer’s newfound openness should not be read as remorse. As one detective who recently interviewed Little wrote in a report, Little “advised that God put him on this Earth to do what he was doing.” 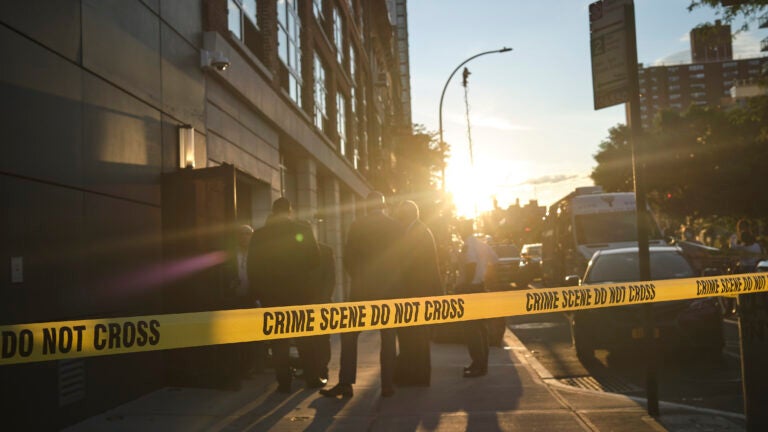 Murders spiked in 2020 in cities across the United States