If neither Mexico nor Congress is going to fund President Donald Trump’s border wall, then Brian Kolfage has a more expedient plan: GoFundMe.

In just four days, the military veteran’s crowdsourced campaign for construction of the border wall has raked in more than $2.5 million in donations from more than 43,000 people as of early Thursday. Kolfage, a triple amputee who won a Purple Heart while serving in Iraq, is aiming to raise $1 billion for wall funding through the GoFundMe. He proposed on the GoFundMe page that if every one of the 63 million people who voted for Trump donated $80, they would get the wall that Trump promised them, echoing an idea included in a New York Post column over the weekend.

The 37-year-old Air Force vet of Miramar Beach, Florida, said in an email to The Washington Post that he decided to start the campaign on Sunday because “political games from both parties” have been holding back funding for the wall. He said his campaign, “We The People Will Fund The Wall,” was about “giving the people the power.”

“It’s time to stop playing games with voters,” Kolfage said in an email. “If we are told we’re getting something, make it happen.”

The campaign picked up steam this week, when Trump on Tuesday abandoned his demands that Congress allocate $5 billion for the wall or face a government shutdown. Trump had previously said he would be “proud” to shut down the government to get his wall money. But it quickly became apparent that lawmakers on both sides of the aisle were not fond of that proposal. On Wednesday, Congress passed a short-term spending bill to avoid a shutdown by the Friday deadline – but that bill contained no money for Trump’s border wall, leaving its future in question as Democrats take over the House next month.

White House press secretary Sarah Sanders said Tuesday that the administration would be seeking “other ways’ to fund the wall, such as by pooling available funds from other government agencies. Trump promised Wednesday morning on Twitter that “one way or another, we will win on the Wall!”

Could the government just take all the GoFundMe cash that Kolfage ends up raising? It’s complicated.

Republican lawmakers have introduced bills seeking to allow the Treasury Department to accept public donations for the purpose of funding the wall. Reps. Warren Davidson, R-Ohio, and Diane Black, R-Tenn., have both filed bills seeking to create a “Border Wall Trust Fund,” which Black’s bill specifies would be appropriated to the Department of Homeland Security. Black’s proposal would even create a “commemorative display,” honoring all the donors who chipped in. But those bills are just sitting in committee and would seem unlikely to have much chance once Democrats take control of the House.

In our Country, so much money has been poured down the drain, for so many years, but when it comes to Border Security and the Military, the Democrats fight to the death. We won on the Military, which is being completely rebuilt. One way or the other, we will win on the Wall!

But Kolfage cited the possibility of new legislation on his GoFundMe page, assuring donors that he would find a way to ensure that “100 percent of your donations will go to the Trump Wall.” He assured them it would be possible by pointing to the 2012 Washington Monument restoration project. Congress allocated $7.5 million to repair damage to the monument following the 2011 East Coast earthquake, but sought a matching donation from the private sector. A philanthropist billionaire stepped up to help through the Trust for the National Mall, a nonprofit public-private partnership with the National Park Service.

Kolfage said he has established contact with the Trump administration, but declined to elaborate. White House officials could not immediately be reached for comment on the fundraising effort.

Kolfage’s campaign is far from the only private plan seeking to help the president pay for the wall, but is by far the most successful to date. Dozens of people have attempted to launch GoFundMe campaigns to help Trump fulfill his most ardent campaign promise, with most flopping after raising between a couple hundred to a couple thousand dollars, or even nothing.

Kolfage, however, has one thing the others don’t: the distinguished status as “the most severely wounded airman” to survive his injuries in history, as he put it on his website.

On Sept. 11, 2004, during Kolfage’s second deployment for Operation Iraqi Freedom, the airman woke in the middle of the afternoon feeling thirsty, and he left his tent to get water, according to his website. It was the last journey he would make on his feet. Within moments, his air base fell under attack. A 107 mm rocket shell exploded about three feet away from him, sending him airborne. The blast slammed him into a wall of sandbags. Bloodied but still conscious, Kolfage landed on the ground and yelled out for help. His right hand was hanging from his wrist by a thread, according to his biography. His legs were mangled, his lung collapsed. But Kolfage, who lost three of his limbs, managed to survive after returning to Washington for marathon surgery within 36 hours of the attack.

He’s since gained a national profile. He became a motivational speaker and has dabbled in politics, saying that he filmed a campaign ad for Rep. Gabrielle Giffords, D-Ariz., months before she was shot. He later attended President Barack Obama’s State of the Union address as her special guest in 2012.

Kolfage described his politics as “funky,” preferring straight shooters but not confined to one party. An ardent Trump supporter, he said on his GoFundMe page that his support from the wall stemmed from the belief that “too many Americans have been murdered by illegal aliens and too many illegals are taking advantage of the United States taxpayers with no means of every contributing to our society.”

For those who have questioned the feasibility of a crowdsourced national security project, Kolfage told The Post: “There’s always a way to do something. People who say you can’t would never survive living in my life. I keep hearing, ‘you can’t,’ or ‘It’s not even legal,’ but those are the people who will never step up to try to make a difference. Anything is possible.” 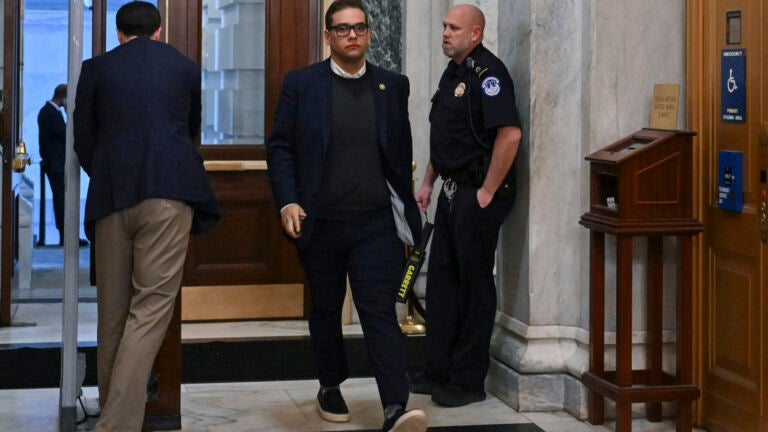