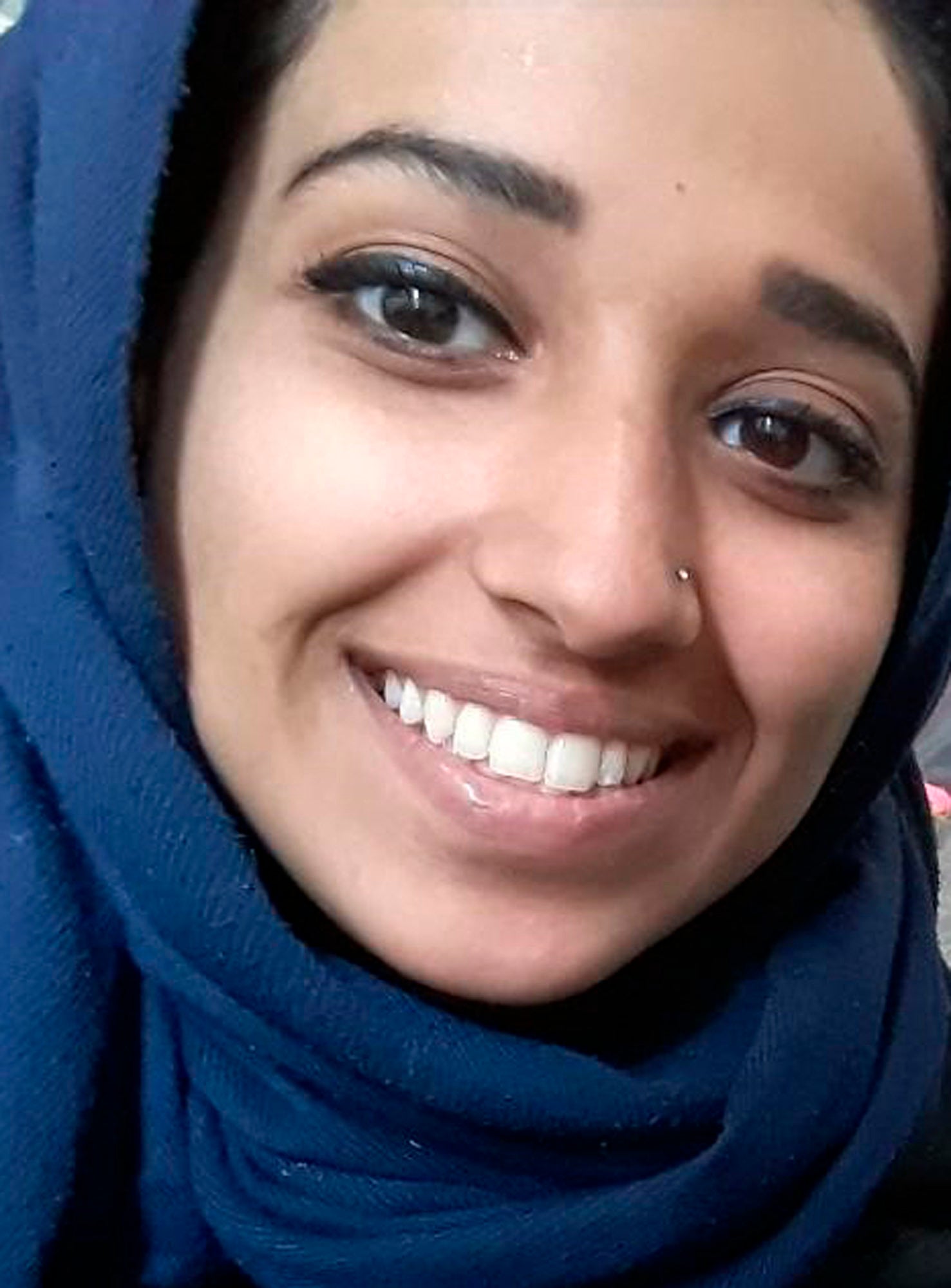 BIRMINGHAM, Ala. (AP) — An Alabama woman who left home to join the Islamic State group after becoming radicalized online realized she was wrong and now wants to return to the United States, a lawyer for her family said Tuesday.

Hoda Muthana, 24, regrets ever aligning herself with the terrorist organization and is putting herself at risk by speaking out against it from a refugee camp where she has lived since fleeing the group a few weeks ago, said attorney Hassan Shibly.

Muthana, who dodged sniper fire and roadside bombs to escape, is ready to pay the penalty for her actions but wants freedom and safety for the 18-month-old son she had with one of two IS fighters she wed, he said. Both men were killed in combat.

In a handwritten letter released by Shibly, Muthana wrote that she made “a big mistake” by rejecting her family and friends in the United States to join the Islamic State.

“During my years in Syria I would see and experience a way of life and the terrible effects of war which changed me,” she wrote.

After fleeing her home in suburban Birmingham in late 2014 and resurfacing in Syria, Muthana used social media to advocate violence against the United States. In the letter, Muthana wrote that she didn’t understand the importance of freedoms provided by the United States at the time.

“To say that I regret my past words, any pain that I caused my family and any concerns I would cause my country would be hard for me to really express properly,” said the letter.

Shibly said Muthana was brainwashed online before she left Alabama and now could have valuable intelligence for U.S. forces, but he said the FBI didn’t seem interested in retrieving her from the refugee camp where she is living with her son.

A Justice Department spokesman referred questions to the State Department, which did not immediately return an email seeking comment.

Muthana’s father would welcome the woman back, Shibly said, but she is not on speaking terms with her mother.

Ashfaq Taufique, who knows Muthana’s family and is president of the Birmingham Islamic Society, said the woman could be a valuable resource for teaching young people about the dangers of online radicalization were she allowed to return to the United States.

“Her coming back could be a very positive thing for our community and our country,” Taufique said.

After recent Israel statement, Ed Markey is facing a backlash — from the Markeyverse