ORLANDO, Fla. (AP) — When Florida authorities shut down 10 massage spas last month and arrested hundreds of men for buying sex, they broke a longstanding pattern of meting out minor charges and punishment for owners, letting patrons off scot-free and turning a mostly blind eye to signs of human trafficking.

An Associated Press review of state records over the past decade shows that while police officers and sheriff’s deputies in Florida have investigated hundreds of individual massage parlors within their own counties for illegal sexual activity, it was usually low-level massage therapists who were arrested, while owners mostly were exempted or charged with misdemeanors resulting in fines and probation. Johns usually were not charged at all.

In stark contrast, the investigation announced last month spanned several jurisdictions between Palm Beach and Orlando and focused heavily on the possibility of widespread human trafficking. Several spa owners, most of them women originally from China, were charged with felony racketeering and money laundering and could face years in prison.

Authorities also arrested 300 men accused of being patrons, including New England Patriots owner Robert Kraft and former Citigroup President John Havens. Authorities say Kraft was twice recorded on video engaging in and then paying for sex acts at the Orchids of Asia Day Spa, located in a shopping center in Jupiter. Both men have denied wrongdoing.

Florida has more than 8,600 licensed massage therapy establishments. It’s difficult to know how many of them sell sex, based on the records. Nationwide, the anti-trafficking advocacy group Polaris estimates there are 9,000 massage establishments with therapists who are trafficked from other places and forced to provide sex acts.

The AP reviewed records from more than 150 Florida Department of Health cases involving massage parlors whose licenses had been revoked, suspended or voluntarily surrendered in the past decade.

Of the spas that lost their licenses, almost 40 percent had massage therapists involved in sexual activity, the AP found. Sex cases were found statewide, in 26 of the state’s 67 counties, with the tourism-heavy Orlando area having the most.

Few of the cases resulted in charges of human trafficking, and those that did ended with only minor punishments.

In 2017, Mi Cha Jones, owner of the Jee Jee spa in Miami Beach, was charged with two felony counts of human trafficking and one felony count of deriving support from the proceeds of prostitution. Jones was sentenced to only two years of probation after pleading guilty to the latter count in 2018.

Nearly five years ago, investigators found clear evidence of prostitution and a potential sign of human trafficking — women living on the premises — at the O Asian Wellness Spa and Massage in Boca Raton. The spa’s owner was facing a minimum of four years and maximum of 35 years in prison, but was sentenced to only nine months in jail and probation after a plea deal. None of the johns who patronized the parlor were charged at all.

In 2013, an inspector found three rooms with beds, clothes, computers, cellphones, desks and a refrigerator full of food at Serenity Massage in Tampa. The owner admitted massage therapists were living there but was ultimately only fined. There was no indication any investigation into human trafficking was ever launched.

Florida Department of Health spokesman Brad Dalton said revoking a spa’s license is the most severe punishment available to the department’s Board of Massage Therapy. “Any action above that would have to come from law enforcement,” Dalton said.

A tougher stance is being championed by Martin County Sheriff William Snyder, whose agency spearheaded the current investigation after receiving a tip from a state health investigator.

“When I saw the videos of the women being used … I began to change my whole thoughts and view of it,” said Snyder, a former state lawmaker who sponsored a 2012 bill that made human trafficking illegal in Florida. He was elected sheriff that same year.

Still, it remains to be seen whether anything will truly change.

No one has yet been charged with human trafficking, something Snyder said can be difficult to prove, especially if women don’t testify against their abusers. He said many of the women fear deportation, even though they could be eligible for a visa if they cooperated. They also fear traffickers will harm their families back home, he said.

And while hundreds of men identified as johns have been arrested, Kraft and others have been charged only with misdemeanors that prosecutors have offered to drop if they agree to participate in a diversion program. Jail time for johns, what Snyder sees as the “holistic” answer to stemming human trafficking, looks highly unlikely.

Still, the sheriff says he hopes the national spotlight that has shone on the Kraft case will make other potential clients think twice before risking a visit to an illicit massage parlor.

“I have come to understand that as long as there is a demand, there will be a supply,” he said. “Even if the demand diminishes microscopically and a few women in some forlorn province in China are not enticed to come here under false pretenses and trafficked, it will all be worthwhile.” 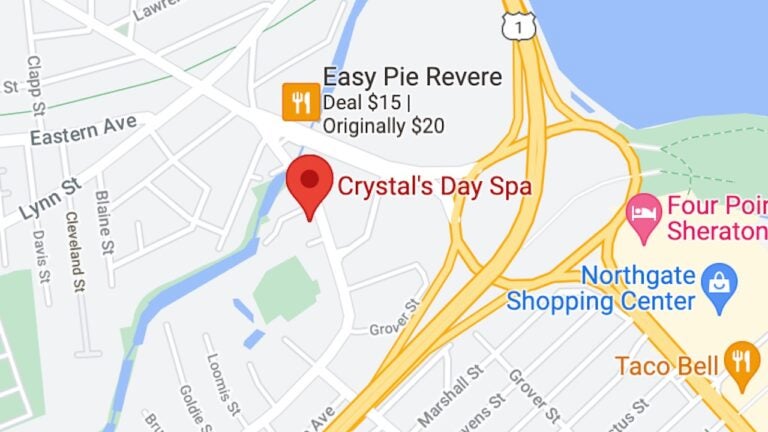