When a middle-school teacher was called to her principal’s office in January over a seminude photo that a student had obtained, she was confident the picture was not of her.

The teacher, Lauren Miranda, 25, said she had never sent a picture like that to a student, and a teachers union representative who saw the photograph said it was unclear if it was her.

What happened next speaks to the debate over workplace rights and gender equality, as well as growing concerns about digital privacy in the era of sexting.

Middle school math teacher Lauren Miranda says she was fired from her job for a topless selfie that leaked to students. The South Country School district says she’s no longer a role model. She’s suing for $3 million for gender discrimination pic.twitter.com/HIypibwUeE

In a meeting with mostly men, including colleagues from Bellport Middle School on Long Island, New York, a school administrator turned a computer monitor around to show a topless selfie of Miranda that she said she had sent only to a fellow teacher whom she had dated.

“That was probably the worst day that I endured,” she said.

Miranda, a math teacher, was put on paid administrative leave before ultimately being fired by the South Country Central School District last week, her lawyer said.

On Monday, Miranda said she planned to sue the school district, its superintendent and members of its Board of Education over her termination.

In papers filed in preparation for a federal lawsuit, she accused the school district of gender discrimination when it fired her for taking a topless photo that a teenage student obtained without her consent.

On Wednesday, Miranda and her lawyer, John Ray, said the school district would not have fired her had she been a male teacher and taken an identical topless photo. “The superintendent and the school board — they didn’t get the memo that men and women are equal,” Ray said.

Miranda said in an interview Wednesday that she did not share the photo with any students and did not know how a student had gotten it without her consent.

She had sent the picture to a male teacher in the school district with whom she had had a relationship, she said.

The court filing focused on comments made by the superintendent. In a meeting before Miranda was suspended, the claim said, Giani told the teacher that he would recommend that she be dismissed because she was no longer a proper “role model” for students.

He also told Miranda that he had planned to recommend her for a promotion before he saw the selfie, Miranda said.

Ray’s office provided The New York Times with a copy of Miranda’s performance evaluation from the previous school year, in which she received the highest possible rating in nearly every category.

“Ms. Miranda, once again, it was a true pleasure to visit your classroom,” one comment on the evaluation said.

In a letter provided to The Times, the superintendent said that among the reasons he was recommending Miranda’s termination was that she “caused, allowed, or otherwise made it possible” for an inappropriate photo to be distributed to students.

He also wrote that she had “failed to take adequate precautionary measures” to prevent the photo from getting into students’ hands.

It was unclear what measures those might have been. But Miranda said she had seen numerous male teachers post shirtless photos of themselves on social media, where they were easily accessible. To her knowledge, none of those teachers had been rebuked.

That disparity, Ray said, is at the heart of the gender discrimination claim.

“This is a woman who just takes a photo — a selfie of herself and nothing else,” Ray said. “And then from that, they manage to say that she’s done something dirty. Something sexually filthy. That’s just not what we’re about anymore in the millennial age.”

The debate over the unequal treatment of nipples has received a considerable amount of attention in recent years. Social networks in particular have been criticized for policies on nudity that restrict photos of female nipples but not male ones.

As early as 2012, a movement to “Free the Nipple” started, pushing for women’s rights to go topless in their social media photos and in public. Propelled by a hashtag, the campaign drew public support from several celebrities, including singer Miley Cyrus, supermodel Naomi Campbell and actress Cara Delevingne.

As part of her legal complaint, Miranda is seeking up to $3 million and her job back.

“This has been the lowest point of my life,” Miranda said, adding, “I’ve never felt so small, so defeated, and it wasn’t my fault.” 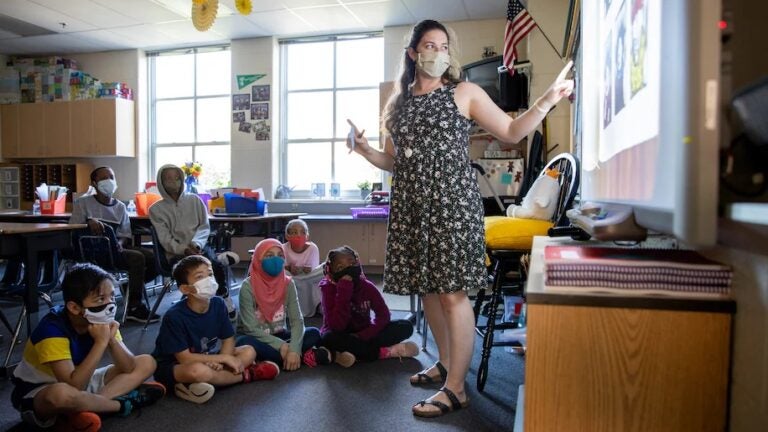