SAN ANTONIO (AP) — Doctors are working toward a diagnosis and care plan for a baby boy who has spent the first three months of his life in hospitals after he was born without skin.

Ja’bari Gray has been hospitalized since his birth on Jan. 1 at Methodist Hospital in San Antonio, the San Antonio Express-News has reported. With most of his skin missing, except for on his head, he was initially diagnosed with aplasia cutis, a rare congenital absence of skin.

3-month-old Jabari Gray was born without skin from the neck down. It’s a severe case of a rare skin disease known as “Aplasia cutis.” His mom, an employee at @TacoCabana next to our station, is asking for your help. The family needs prayers and donations ->https://t.co/VUeu7sPDLP pic.twitter.com/xrTe0ylpX7

After he was transferred Friday to Texas Children’s Hospital in Houston, specialists there tentatively diagnosed him with epidermolysis bullosa, a rare genetic connective tissue disorder that leaves skin extremely fragile and subject to blisters and tears even from minor friction or trauma.

Ja’bari now has skin on his head and some on his legs but none on his arms or torso, so he is being treated with frequent dressing changes and ointments to ward off infection, said his mother, Priscilla Maldonado.

She said she and her husband, Marvin Gray, are undergoing genetic testing to confirm the diagnosis, since the disease is inherited.

“It could be two to three weeks before they have an answer. They don’t want to treat my son for the wrong thing,” Maldonado said.

She and Gray have two other children, ages 5 and 6, who are staying with Maldonado’s mother while the couple keeps vigil over their baby.

“I’ve been able to hold him twice, but you have to be dressed in a gown and gloved up. It’s not skin to skin, it’s not the same,” Maldonado said.

Doctors plan to perform surgery to cut scar tissue that is fusing Ja’bari’s chin to his chest. His eyes also have been fused since birth. Medicaid is covering some of the child’s medical expenses, Maldonado said, and the family is getting help from Taco Cabana, which employs both parents. There’s also a GoFundMe account set up.

Maldonado said doctors have not said how much longer Ja’bari will need to remain in hospital.

“Even if he does pull through, we don’t know what the future holds,” the mother said. “We’re just praying every day. Every day is a blessing.” 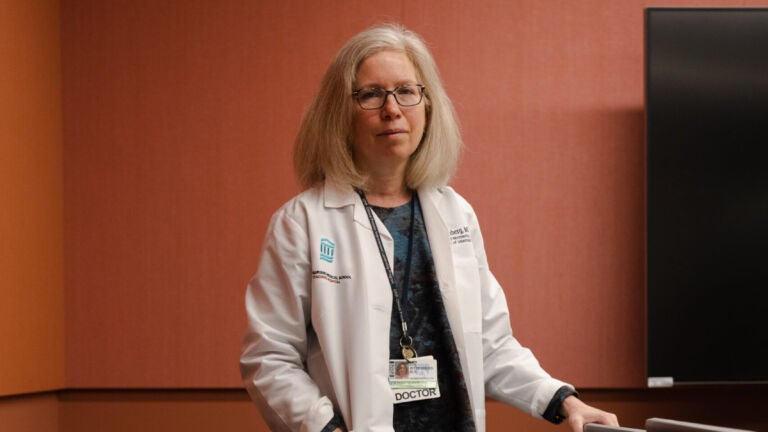