CHARLOTTE, N.C. (AP) — A North Carolina college student slain while confronting a gunman in his classroom was expected to receive a hero’s send-off Thursday as his body is taken back to his hometown with a police escort.

Riley Howell’s body was scheduled to depart from a Charlotte funeral home Thursday morning en route to Waynesville in the western part of the state.

Meanwhile, the suspect accused of killing Howell and another student at the University of North Carolina-Charlotte, while wounding four others, was due to appear in the afternoon to face charges including murder and attempted murder.

Howell died in his classroom Tuesday, charging and tackling the suspect who opened fire with a legally obtained pistol, authorities said.

Howell’s decision to fight for the lives of others fit his character, said his friend David Belnap, who attended a candlelight vigil Wednesday with a homemade T-shirt with “Riley Howell is a hero” written on the back.

“It seems very much like something he would do. I want that to be his legacy, that he lost his life to protect those he cared about,” the sophomore said about his friend. 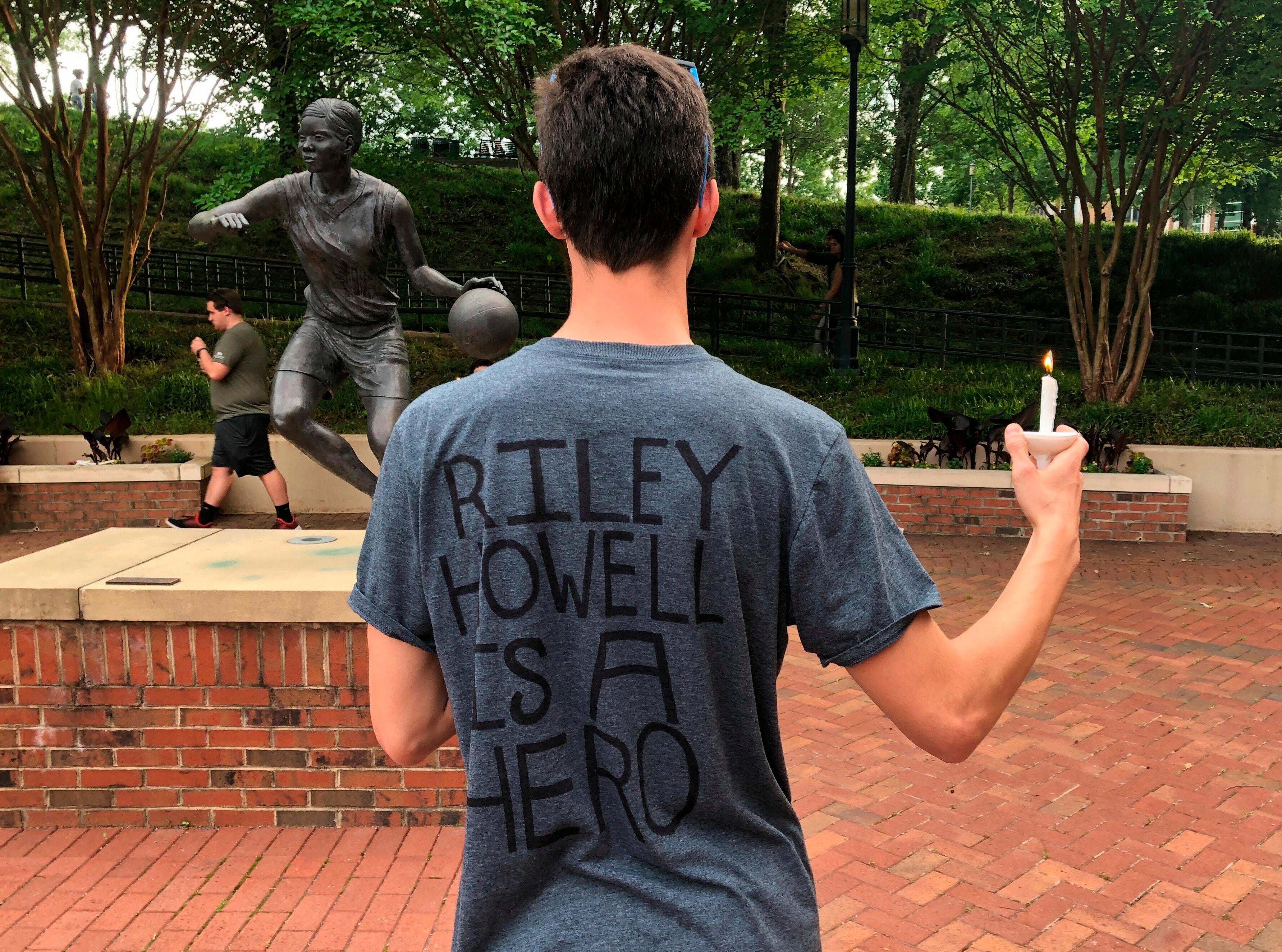 Howell, 21, likely went through the same active shooter drills as countless other students of his generation. They were taught to run away if they can, hide if they can’t run and if the horrible situation arises where a gunman prevents those two choices — fight for their lives.

The gunman had a lot of ammunition and while detectives aren’t sure if he was targeting anyone specifically Tuesday, they know he picked out the Kennedy Building and gave no indication he was going to stop shooting before Howell charged, Putney said. 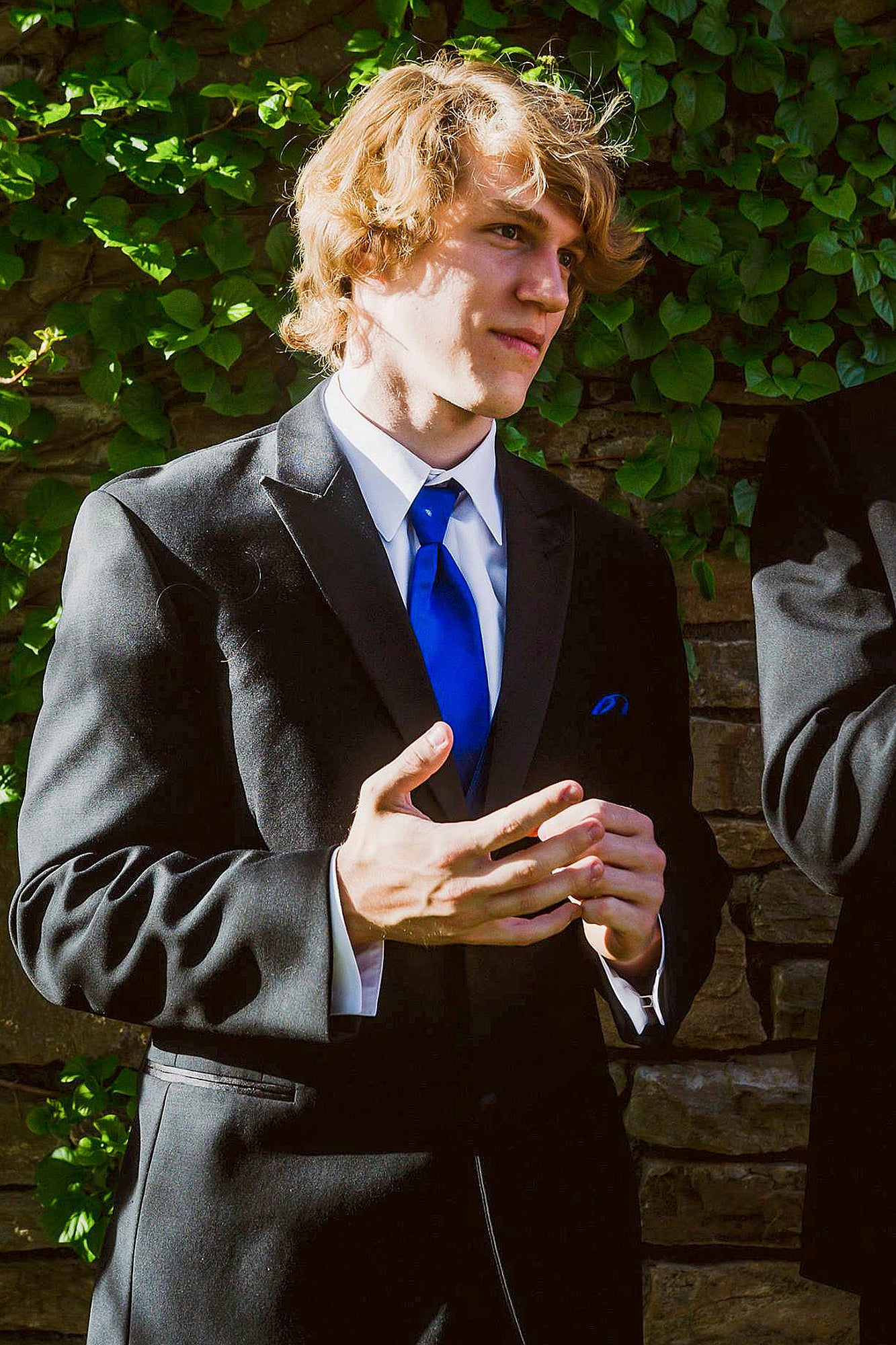 Howell was with classmates for end-of-year presentations in an anthropology class when the shooting happened.

In a statement, UNC-Charlotte said all the victims were students, five from North Carolina and one international. Howell, of Waynesville, and Ellis R. Parlier, 19 of Midland, were killed. Those wounded were Sean Dehart, 20, and Drew Pescaro, 19, both of Apex; Emily Houpt, 23, of Charlotte; and Rami Alramadhan, 20, of Saihat, Saudi Arabia.

The suspect’s motive wasn’t clear. Terrell had been enrolled at the school but withdrew this semester, UNC-Charlotte spokeswoman Buffy Stephens said. Campus Police Chief Jeff Baker said Terrell had not appeared on their radar as a potential threat.

“I just went into a classroom and shot the guys,” Terrell told reporters Tuesday as officers led him handcuffed into a law enforcement building.

Terrell is under observation in police custody, and his father and attorney haven’t been allowed to speak to him, his grandfather Paul Rold said.

Terrell was on the autism spectrum but was “clever as can be” and bright enough to learn foreign languages, Rold said from his home in Arlington, Texas. He said his grandson wasn’t very social.

On Wednesday night, thousands of students and others thronged the school’s basketball arena for a campus vigil. Student body president Chandler Crean wiped away tears as the school chancellor said they couldn’t emerge unchanged from Tuesday’s shooting, but they could emerge stronger. He later said the university needs to use the shock of what happened to make the world better. 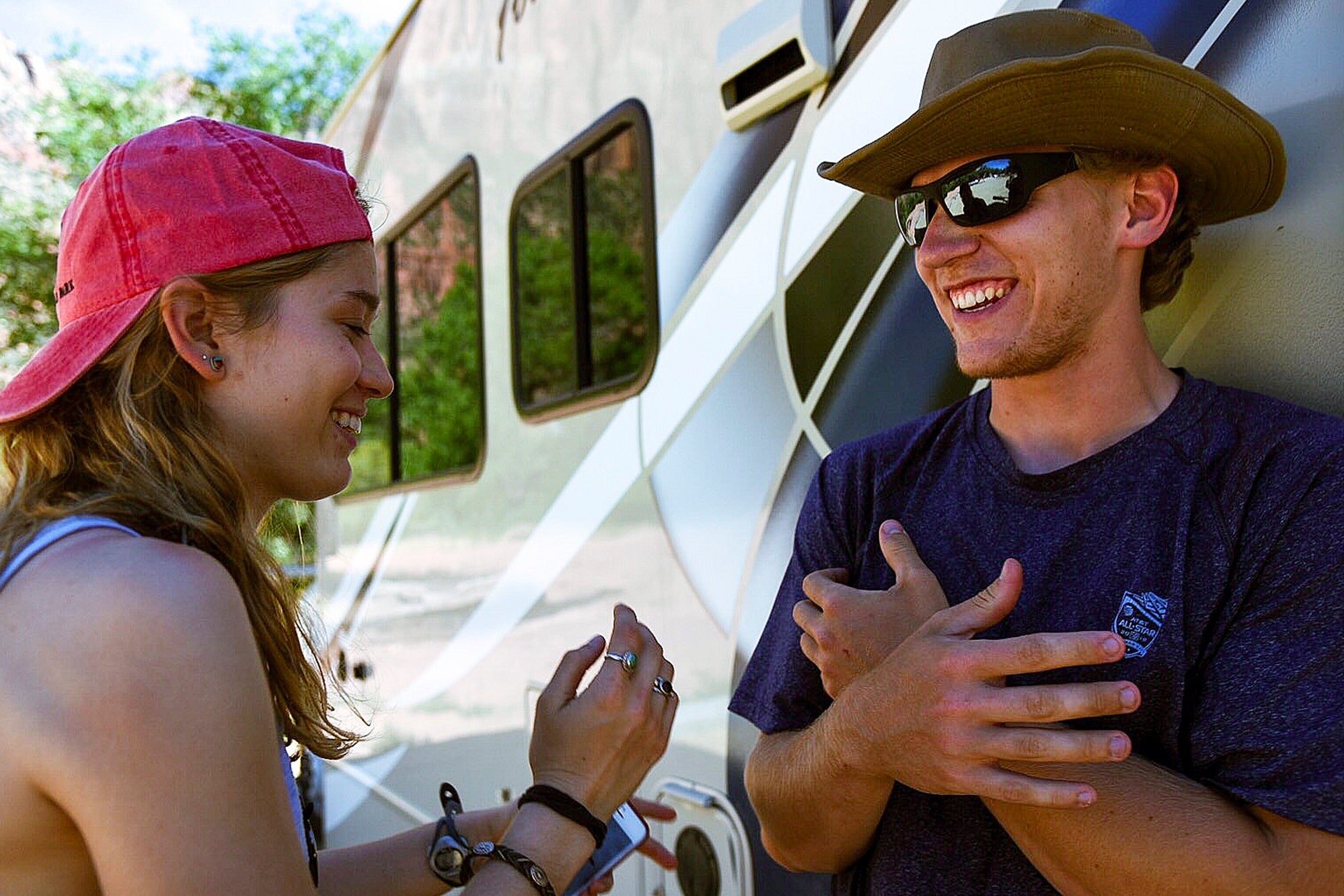 The father of Howell’s longtime girlfriend said news that he tackled the shooter wasn’t surprising. Kevin Westmoreland, whose daughter Lauren dated Howell for nearly six years, said Howell was athletic and compassionate — and would have been a good firefighter or paramedic.

“If what happened in that room is what they say, I completely see Riley doing that,” Kevin Westmoreland said. “He was just the kind of person, if someone tripped and fell, he would be the first one to try to help them.”

He was “a big, muscular guy with a huge heart,” Howell’s family said in a statement Wednesday.

“He always was able to put others before himself and never hesitated to help anyone who needed it,” the statement read.

Howell was enrolled in a second semester of ROTC courses at UNC-Charlotte, though he wasn’t among those pursuing a career as a military officer, said Lt. Col. Chunka Smith, who runs the school’s Army ROTC program. Howell would have been taught in ROTC to seek cover if confronted by a gunman rather than fight, Smith said.

“But I just believe it’s inherent in those who take the class, based off of their backgrounds and their upbringing … that someone would actually sacrifice themselves for others,” Smith said.

Sarah Blake Morgan in Charlotte; Martha Waggoner and Emery P. Dalesio in Raleigh; and Russ Bynum in Savannah, Georgia, contributed to this report. 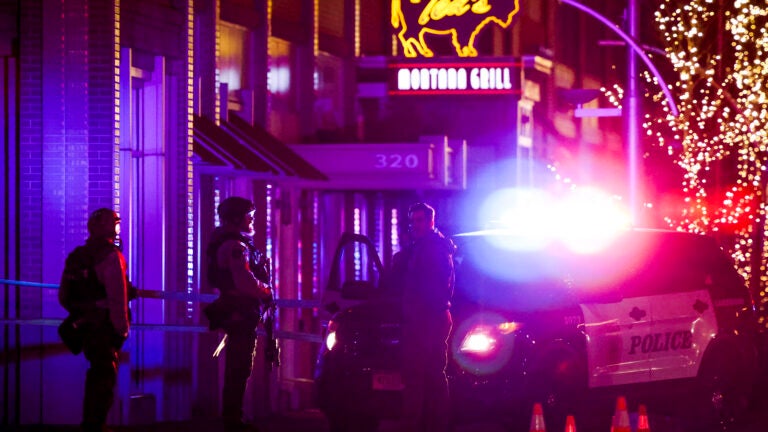