In the pre-dawn hours of Sunday morning, as they pulled up the long driveway that led to a cabin surrounded by pines, officials in Milledgeville, Georgia, sensed something was wrong.

Three people — a beloved University of Georgia entomology professor, a retired psychologist-turned-yoga studio owner, and a car salesman who had recently quit his job — were gathered by the swimming pool. All three were nude. The professor, Marianne Shockley, 43, was dead, and the two men were apparently trying to revive her with CPR.

“I don’t know how to explain this to people who are not in our business, but when we first arrived at the crime scene, there was just something about it that was not right,” Baldwin County Sheriff Bill Massee said at a Monday news conference, “and it was just sort of a bizarre, different kind of case.”

Things would get even stranger before the sun came up. While waiting to be interviewed by police, Clark Heindel, the former psychologist, killed himself, authorities said. Though the 69-year-old owned the home in central Georgia where the professor was found dead, officials have said that his suicide is not an indication of guilt. Instead, they’ve pointed to Marcus Lillard, 41, who was dating Shockley but hasn’t admitted to playing a role in her death, and now faces murder charges.

The mystery began to unfold just after 1 a.m. on Sunday, when Heindel, who owned a local yoga studio named Good Karma, called 911 to report that Shockley had drowned.

A free-spirited entomology professor at the University of Georgia’s College of Agricultural and Environmental Sciences, the mother of two was known for running an educational summer program “affectionately known as Bug Camp,” her family wrote in her obituary. Deeply passionate about insects’ crucial role in their ecosystems and their potential value as a food source, she would treat her students and campers to Chex Mix that featured roasted mealworms, or Rice Krispie Treats made with freeze-dried crickets.

“You’re just as likely to find her in the Galápagos Islands as you are the church from her childhood,” her friend Terry Jenkins told the Atlanta Journal-Constitution. “I don’t think the church is going to be able to hold the amount of people that are going to come to her service.”

Not long after they arrived at the house on Sunday morning, first responders began to suspect that “this wasn’t a simple case of drowning,” Massee said.

The professor was bleeding heavily from a head injury, and EMTs got the sense that she had been dead for longer than they had been told. To deputies, something seemed odd about the way the two men, who had been friends for several years, were behaving.

Lillard, who identified himself as Shockley’s boyfriend, said that he had gone out into the woods for about 15 minutes to gather firewood. When he returned, he said, he had found her “passed out” in the hot tub. According to an incident report obtained by WMAZ, he claimed that he had pulled her out of the tub, but fell down while he was carrying her. That was how she had gotten the head injury, he claimed.

Heindel seemed to corroborate that story, claiming that he had been swimming in the far end of the pool while Lillard was busy gathering firewood. As soon as his friend pointed out that Shockley was unresponsive, he told police, they had started performing CPR on her. Since she was still breathing faintly, they had chosen to wait 45 minutes before calling for help, he said.

To the deputies, the story about the firewood didn’t make any sense. It had rained heavily on Saturday and there was no chance that the sodden twigs and branches on the forest floor would have been capable of catching a spark. Also, the incident report noted, a large pile of firewood was already stacked near the pool.

Suspicious, the deputies decided to separate the two men until they could be interviewed by detectives. Lillard was placed in a patrol car, while Heindel was allowed to wait on the front porch.

Later, a deputy went looking for Heindel to see if he knew where Shockley’s purse was, since the coroner needed to see her driver’s license. Somehow, without any of the officers noticing, the man had disappeared. The deputy knocked on the house’s front door and called out his name.

Just then, he heard a shotgun blast go off. Inside the house, he found Heindel dead of a self-inflicted gunshot to the head.

“We view this as a terrible incident,” Massee said. “We are very sorry for his family.”

Officials don’t believe that Heindel played any role in Shockley’s death, the Athens Banner-Herald reported. “This is pure speculation on my part, but maybe he was embarrassed that this happened at his house,” Massee told the paper.

In his obituary, the retired psychologist’s family said that he had helped countless people battle their “private demons” through his work as a therapist in the Georgia prison system, and, later, his private clinical practice. “The loss of a friend on his ‘watch’ was a burden too great to bear,” they wrote, without directly referencing the tragedy.

On Monday, preliminary autopsy results determined that Shockley died of strangulation, not drowning. Officials did not specify what she had been strangled with.

Though a motive remains unclear, law enforcement officials think that Lillard, the night’s only survivor, was responsible for his girlfriend’s death. Very little is known about the 41-year-old, who had worked in car sales before quitting his job earlier this month for reasons that weren’t specified. Authorities believe that he had been friends with Heindel for three or four years before the incident, and had started dating Shockley several months earlier. It’s still unclear why all three were naked when police showed up.

Lillard did not make “a confession as such,” Massee said. But other evidence pointed to him.

For two hours before Heindel called 911, the sheriff said, Lillard had been texting and calling friends, asking “how to get somebody back to life.” He had also allegedly queried his friends about whether they knew CPR and begged for help.

“The timeline was totally inappropriate with when we should have been called,” Massee said.

Lillard has been charged with murder, aggravated assault and concealing a death, all felonies, and is being held without bond. It wasn’t immediately clear if he had a lawyer.

“I will tell you this,” the sheriff told reporters on Monday, “it’s one of the strangest cases that we’ve ever worked.” 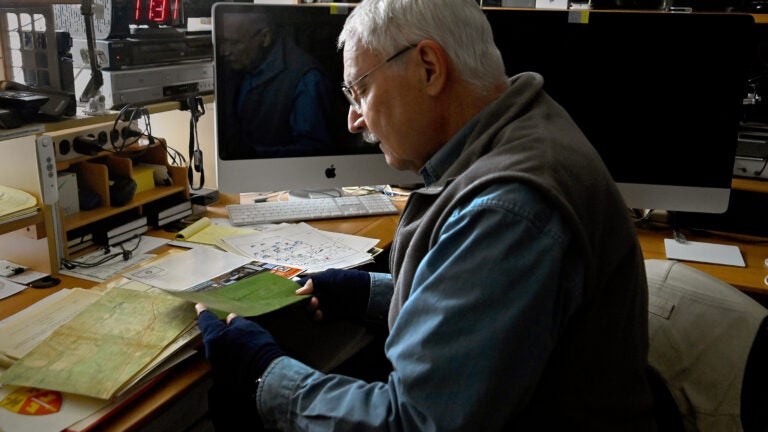 After 50 years, the mystery of these Vietnam War photos of ‘Donut Dollies’ is solved