When James Barron went into his smokehouse in southern Alabama to grab an ax, he was alarmed to see a giant wasp nest about 7 feet wide extending along the wall. It had been two months since he had last stepped foot inside.

“You don’t think about looking at the roof,” Barron said. “It’s just now really showed up, and it’s gigantic.”

Barron immediately retreated, and later sprayed hornet killer on the nest with his son. He said that just angered the yellow jackets, the highly aggressive wasps that live in such colonies. Barron was stung 11 times. 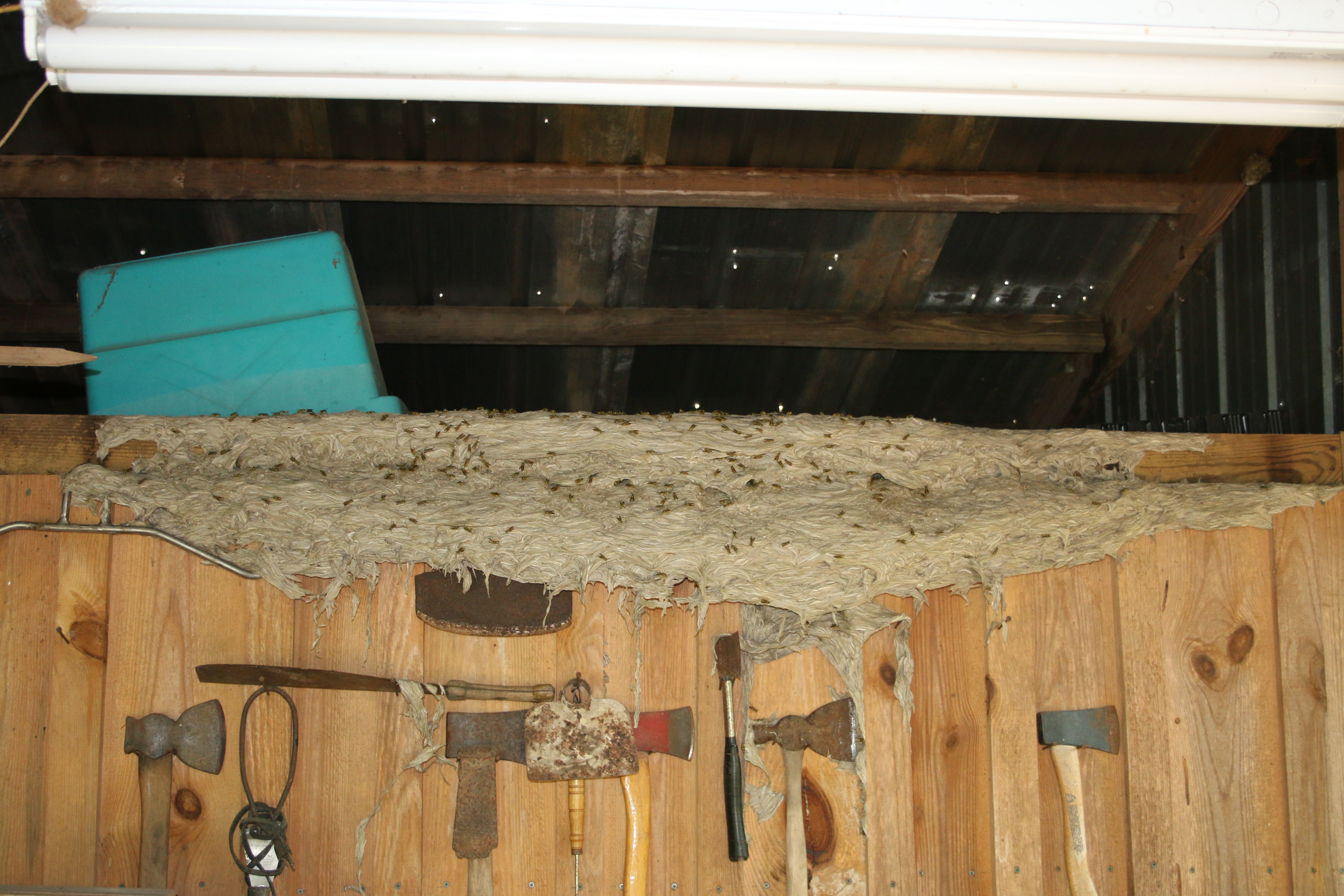 A wasp’s nest inside the smokehouse of James Barron. He was stung 11 times when he sprayed it.

Charles Ray, an entomologist with the Alabama Cooperative Extension System, drove to Barron’s home and confirmed the colony was a “super nest” — one that survives into a second year. He told Barron there were probably 15,000 to 18,000 wasps in the smokehouse.

That super nest was one of four in Alabama that Ray has confirmed this year. There are usually only one or two super nests spotted each year, in June and July, Ray said. In 2006, however, he recorded 90.

“I expect to approach that number this year,” Ray said.

Ray said he had been surprised when the first report of a yellow jacket super nest had surfaced in May. The Alabama Cooperative Extension System issued a news release to tell residents to expect a proliferation of them this year.

“We wanted to warn the public not to disturb them themselves, but get a professional,” Ray said. “We had three people who were seriously injured in 2006.”

Warmer winters contribute to these nests, Ray said. Most yellow jackets don’t survive the cold months because they freeze to death or have trouble finding food. They need a fair amount of sugar and carbohydrates, he said.

“The queens are the only ones who have an antifreeze compound in their blood,” Ray said. “So normally, a surviving queen will have to start a colony from scratch in the spring. With our climate becoming warmer, there might be multiple surviving queens producing more than 20,000 eggs each.”

Yellow jackets are responsible for almost all of the stinging deaths in the United States, Xing Ping Hu, another entomologist, said in an Alabama Extension blog post in June.

“They’re worrying me, because a child wouldn’t have a chance out there,” said Barron, whose smokehouse nest was still awaiting removal. “I have many grandkids. A child couldn’t run fast enough, and I’m worried about that.”

These wasps usually build nests made of saliva and paper in wall voids, crawl spaces, attics and sometimes in the ground, Hu wrote.

Since the Cooperative Extension System issued the news release, Ray said, he has received dozens of photos of suspected super nests, but he needs to visit each site before confirming them.

Barron still enters his smokehouse once or twice a week, creeping around the corner, to access tools and fertilizer, he said. Ray told him that if there’s another mild winter, the hive could double or even triple in size.

“Sometimes you just walk out there and they won’t do anything, but the next time you leave as fast as you can because they’re out there stinging,” Barron said. “They’re really dangerous and not predictable at all.” 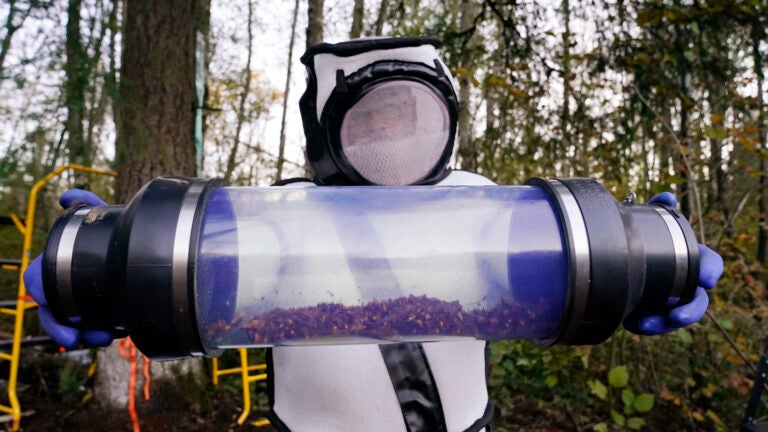 A nest filled with hundreds of ‘murder hornets’ was destroyed ‘just in the nick of time,’ officials say