The report came in before sunrise, sending members of the Niagara Parks Police scrambling to get to the thundering waterfalls early Tuesday.

There was a man “in crisis,” authorities said in a statement shared on Twitter – and he was near the brink of Horseshoe Falls, the largest of the three waterfalls that make up Niagara Falls, which straddles the U.S.-Canada border and draws tens of millions of visitors each year.

Despite their efforts, when officers arrived to the Canadian side of the falls around 4 a.m., they appeared to be too late.

Park police said they saw the man climb over the retaining wall, a sturdy barrier made of rough-hewn stone blocks interspersed with decorative metal railings, and enter the raging waters of the Niagara River. Within moments, he was swept over the enormous waterfall, vanishing into the impenetrable cloud of mist rising from the gorge.

With no protective covering and facing a roughly 188-foot drop into a roiling pool of water filled with large rocks, history suggested that the man’s survival was unlikely. Scores have died taking the plunge either by accident or, in most cases, intentionally. According to the Buffalo News, it is estimated that 25 people annually commit suicide by going over the falls.

But as authorities scoured the lower Niagara River for the man Tuesday morning, they came across an unusual sight. The man was sitting on rocks near the edge of the river – and he was alive.

@NiagParksPolice 0400 responded to male in crisis brink of Horseshoe Falls. On arrival male was observed to climb over retaining wall and swept over falls. Male was found sitting on rocks after search of lower river w/non life threatening injuries. Trans. to hosp. further care

He was found with non-life-threatening injuries and hospitalized, police said. The man’s identity was not released and authorities declined to offer any additional information on the situation late Tuesday.

“He’s a very lucky guy. Not many people do it and survive,” Ontario resident Andy Essor told the Buffalo News. “He definitely has God in his top pocket.”

Tuesday’s events unfolded on the 59th anniversary of another miraculous story of survival at Niagara Falls. On July 9, 1960, 7-year-old Roger Woodward was rescued after going over Horseshoe Falls in only a life jacket following a boating accident on the upper portion of the river. At the time, the American boy was the first person to survive the fall without protection from a barrel or another type of vessel.

“I was floating in a cloud,” Woodward told the Associated Press in 2010, recalling the moment he went over. “I had no sensation of up or down. I didn’t have any sensation in my stomach like you might have on a roller coaster . . . that moment when your stomach is in your throat.”

Woodward is one of at least 12 people who have survived plunges before Tuesday, the News reported. During peak daytime tourist hours, more than 6 million cubic feet of water rush over the crestline of the falls every minute, according to the Niagara Parks website. The natural wonder “may be the fastest moving waterfalls in the world,” the park said.

In 1901, Annie Edson Taylor, a schoolteacher from Bay City, Michigan, became the first person to go over the falls in a barrel and live as part of a stunt she thought would generate some fast cash, The Washington Post reported in 1981. Thousands flocked to witness the trip, which required a custom-made container that had a harness inside and was outfitted with a lead weight and pillow, according to The Post.

Though Taylor emerged from the ordeal, she said she “would not do it again for a million dollars.”

“I would sooner walk up to the mouth of a cannon knowing it was going to blow me to pieces than make another trip over the falls,” she told reporters afterward.

But Taylor’s words, and the fact that she never got rich, did little to dissuade other daredevils from attempting the same feat. The Toronto Star reported that three of the first six people who stuffed themselves into barrels for the stunt died.

As the years went on, a handful of people have conquered the drop in contraptions ranging from steel barrels to giant rubber balls. Joining those thrill-seekers are a smaller group: those who lived after going over without a safety device.

Kirk Jones, a native of Canton, Michigan, became the first known adult to live through an unprotected trip down Horseshoe Falls in October 2003. After jumping into the river in what he later described as a suicide attempt, Jones took the plunge feet first as onlookers screamed in horror, the Detroit Free Press reported in 2004.

“It felt like a team of people were beating me with baseball bats,” he said.

The Detroit News reported that Jones suffered two fractured ribs and bruised some vertebrae. He was later arrested and banned for life from the Canadian side of the falls, according to the Free Press. Jones died in 2017 at 53 years old after attempting to go over the falls again, this time inside an inflatable ball with his pet boa constrictor, Misty.

Two Canadian men also reportedly survived suicide attempts at the falls, one in 2009 and another in 2012, according to CNN. The man who went over in 2012 sustained wounds to his head and shoulder, a collapsed lung, and chest and rib injuries, the Star reported.

On Tuesday, Mayor Jim Diodati of Niagara Falls, Ontario, told the News that the man who was rescued that morning may have been spared because of high water levels.

“I know firsthand the lake levels are at all-time high levels,” Diodati said. “When Lake Erie is higher and flowing more robustly to Lake Ontario, there is a better chance of missing the massive boulders under the Horseshoe Falls. The only way you would ever have a chance to survive that kind of a fall was to overshoot the large rocks below.”

He later added, “In this case, for this individual, hopefully he will see it as a blessing.” 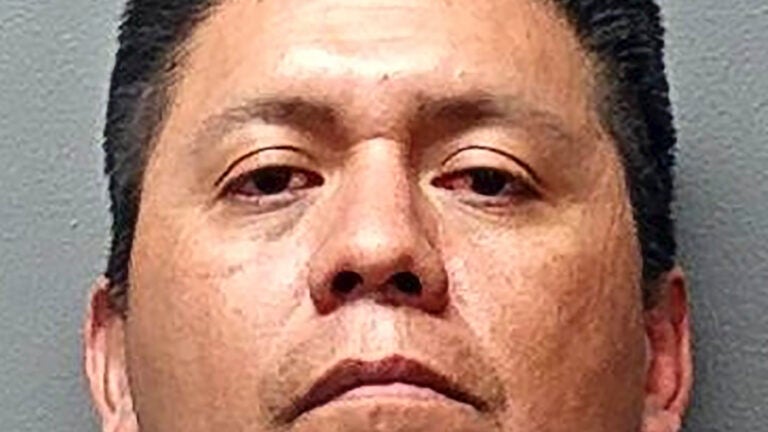 A Texas man invited people into his motel room. Then he sacrificed them and set them on fire, police say.