The sign warns of the “4 Horsemen” — typically a reference to biblical imagery symbolizing the end of the earth: conquest, war, famine and death.

But the North Carolina billboard that went up over the weekend does not depict horsemen. It shows photos of the freshman congresswomen also known as “the squad”: Rashida Tlaib of Michigan, Alexandria Ocasio-Cortez of New York, Ilhan Omar of Minnesota and Ayanna Pressley of Massachusetts. The billboard calls the progressive Democratic members of Congress “idiots” and is signed by “the Deplorables.”

Cherokee Guns, a Murphy, North Carolina, gun shop located about a mile away from the sign, took responsibility for the billboard. An image shared to the shop’s Facebook page Sunday went viral this week and drew a sharp rebuke from the women pictured, as well as anti-gun violence advocates. The Coalition to Stop Gun Violence on Monday called the billboard “violent rhetoric.”

“Threats against members of Congress, particularly minority members are [trending upward] and it is driven by the president’s racial rhetoric,” the group wrote. “This is dangerous!!!”

For the congresswomen, the menacing billboard is just another high-profile threat — one of many they say has inundated them since they took office in 2018.

“How the hell is this not inciting violence?” Tlaib asked in a Wednesday evening tweet.

In her own tweet, Pressley called out Rep. Mark Meadows, R-N.C., whose district, she noted, houses the shop. She implored Meadows to “do the right thing.”

How the hell is this not inciting violence? https://t.co/rgdDloiePq

In April, a New York man was arrested and charged with threatening to kill Omar in a phone call to her Washington office. “Do you work for the Muslim Brotherhood?” authorities say the man asked the staffer who answered the phone. “Why are you working for her, she’s a [expletive] terrorist. I’ll put a bullet in her [expletive] skull.”

Days later, President Donald Trump tweeted a video juxtaposing Omar with footage of the twin towers falling on 9/11, a post that triggered a flood of threatening messages so severe that Democratic leaders increased the congresswoman’s security, and an independent cybersecurity executive took it upon himself to flag them for the social network’s monitors.

And last week, two Louisiana police officers were fired for a Facebook post that suggested Ocasio-Cortez should be shot. At the time, the congresswoman blamed Trump’s rhetoric for the deluge of threats she and her colleagues had received.” This is Trump’s goal when he uses targeted language & threatens elected officials who don’t agree w/ his political agenda,” she wrote on Twitter. “It’s authoritarian behavior. The President is sowing violence. He’s creating an environment where people can get hurt & he claims plausible deniability.”

As people flocked to Cherokee Gun’s Facebook page Monday, the group put out a statement indicating they’d received “OVERWHELMING demand” for apparel with the billboard’s image.

“Alright my fellow Infidels for Trump . . . due to OVERWHELMING demand . . . you may come by the shop (next week) and get your very own FOUR HORSEMEN COMETH STICKER . . . simple . . . eat a piece of bacon . . . tell us you’re voting for Trump in 2020 . . . then get your limited edition bumper sticker! (While supplies last!) Snowflakes and Liberals are not eligible . . . sorry…”

Cherokee Guns has a rich history of controversial billboards, especially ones that are overtly Islamophobic. In 2017, the store posted a picture of another sign with “a great message.” “INFIDEL ARMAMENT” it read in block letters above Arabic script and a rifle. Two years before that, the Asheville Citizen Times wrote, the shop put up a billboard that said, “Give me your tired, your poor . . . Keep your Syrian refugees.”

This week, the Citizen Times reported that it spoke to the store’s owner, Doc Wacholz, who downplayed his billboard’s implications and sought to justify its message.

“They’re socialists, from my point of view,” he told the local paper, before adding a bigoted trope. “I also feel a couple of them, being Muslim, have ties to actual terrorists groups.”

“I’m not inciting any violence or being racist,” he added. “It’s a statement. It’s an opinion.” 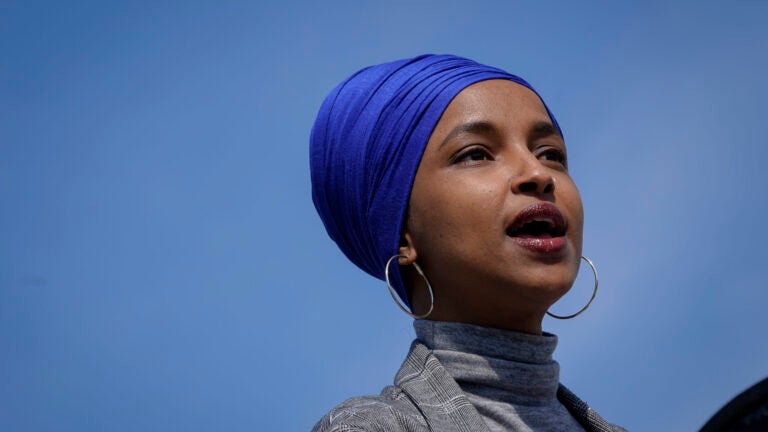