The plaques’ every word is a testament to pain – and to perjury.

“This monument should no longer stand as a memorial to white brotherhood,” reads a sign erected this summer alongside a Confederate statue in Georgia.

“This monument . . . fostered a culture of segregation by implying that public spaces and public memory belonged to whites,” reads another.

Declares a third: “This ignores the segregation and disenfranchisement of African Americans.”

Americans are exploring a new way to deal with the country’s Confederate monuments: placing explanatory panels on or alongside the statues detailing the real history behind them. It’s the latest frontier in the nation’s ongoing – and, in recent years, horrifically violent – reckoning with the statues, troubling testaments to the country’s racist past.

“It’s happening in all sorts of places,” said Adam Domby, a history professor at the College of Charleston who is writing a book about Confederate monuments. “Still, it’s clearly in many cases being used as a stopgap because the laws prohibit removing them.”

Atlanta installed markers next to four of the city’s most prominent Confederate monuments in August. Officials in Decatur, Georgia, placed a sign near a Confederate monument this month. Come October, three such markers are scheduled to have gone up in downtown Franklin, Tennessee. Cities including Savannah, Georgia, and Richmond, Virginia, are weighing proposals to contextualize their monuments in a similar manner, according to the Atlanta History Center, which maintains an online database tracking the fate of Confederate monuments.

At least seven states passed legislation in recent years to protect their Confederate monuments, a wave that began in the 2000s and includes a law passed as recently as 2017. Such rules, which vary in language but generally prohibit removal of the monuments, are in effect in Alabama, Georgia, Mississippi, North Carolina, South Carolina, Tennessee and Virginia.

There are about 1,700 Confederate monuments still standing across the United States as of 2019, according to the Southern Poverty Law Center. Most were erected between the 1890s and the 1920s – during the rise of Jim Crow laws and the disenfranchisement of African Americans – and more appeared in the late 1940s in response to the desegregation of the U.S. Armed Forces and the Supreme Court’s decision to integrate schools, according to James Grossman, executive director of the American Historical Association.

“These statues are there because groups of white Southerners wanted to have a certain view of history legitimized: a view that bolstered white supremacy,” Grossman said.

Opposition to Confederate symbols exploded into the mainstream after deadly racial violence in Charleston, South Carolina, in 2015 and in Charlottesville, Virginia, in 2017, Grossman said. Towns and cities across the country have been struggling to decide how to handle their statues ever since.

Proponents of installing explanatory markers say that – especially in states where removal is illegal – the tactic is realistic, inexpensive and swiftly achievable. Some go further, arguing that the signs are the best tactic.

Markers keep the peace among locals on both sides of the issue, while educating the public on vital aspects of American history, said Dana McLendon, a member of the Franklin City Council. McLendon said he disagrees with the idea of total removal.

“It is important to remember that history because it reminds us for the potential to happen again, and that’s a particularly relevant and poignant thing to think about today,” said McLendon, who voted to install markers in Franklin. “Of course, it definitely needs the additional context that we now have the political will and fortitude to present.”

Franklin’s monument – a statue of a Confederate soldier nicknamed Chip – stands 37 feet high on a roundabout downtown. Language on its side suggests the soldiers of the Confederacy fought for a noble cause. After at least two years of discussion, spurred in part by the deadly 2017 Unite the Right rally in Charlottesville, the city council voted early this year to place signs detailing African American history near the statue.

One marker will hail the U.S. Colored Troops, regiments of African American soldiers who did battle for the Union in the Civil War. Another will describe a former slave market that operated on the site. Still another will mention African American achievement during Reconstruction. Together, they’ll cost 0,000 or 2,000, a bill paid entirely by private donors after a money-raising drive led by local pastors and a historian.

“We feel, leave it there, let’s talk about what past generations couldn’t talk about,” said Chris Williamson, one of the pastors, who is African American. “Past generations had to accept what was spoon-fed to them about the war, the cause of the war, all that – but now we’re in an age of education and truth seeking.”

Williamson, his fellow pastors and the historian aren’t done: They plan to raise money to install a statue of a Colored Troops officer in a “place of equal nobility” with Chip, ideally in front of a nearby courthouse. They expect the statue will cost a substantial sum (about 50,000) but expressed optimism about their chances.

Though cautioning that every city must pursue its own solution, Williamson said other towns with Confederate markers should at least consider adding contextualizing markers. McLendon called the vote to install the signs “probably the most important thing I’ve ever done” on the city council.

Nonetheless, a vocal contingent of Americans and historians say removing the Confederate statues is the only way to challenge the false, white-supremacist narrative they promote.

Jalane Schmidt, a University of Virginia professor who offers free monthly tours of Charlottesville’s monuments, said she has noticed the trend: “I see that people are making an effort to have some sort of clapback,” she said of the signs. However, she said that’s nowhere near enough.

“These statues have no business being there in the first place,” she said. “You’re just putting a Band-Aid on it – a little tiny plaque, compared to this huge monument. You can see the monument a long ways away; you have to get up real close to see a plaque.”

This, in part, is why Sheffield Hale, Atlanta History Center’s president and chief executive, said he hates plaques.

He clarified that the four markers constructed in Atlanta this summer are “exhibit panels.” Each one is the product of years-long, careful discussion held by an advisory committee Atlanta formed in the wake of Charlottesville to consider the city’s Confederate monuments and street names.

All four markers – sited alongside monuments including an obelisk and the Lion of Atlanta, which stands near the graves of 3,000 unknown Confederate dead – give information about the historical moment in which the Confederate monuments were built. All are funded by a private donor through the history center, Hale said. Though large and free-standing, the panels are relatively inexpensive, costing around 1,000 total, he said.

Hale said he hopes he can encourage other places around the country to follow in Atlanta’s footsteps. The Atlanta History Center in 2016 debuted a comprehensive online guide to installing markers at Confederate monuments.

“We want people to go to the site and say, ‘Oh, I can do that,’ ” Hale said. “Depending on where they’re located, you can pretty effectively contextualize many of these with a marker. It doesn’t need to be perfect, it just needs to start, or continue, a conversation.”

It wasn’t the quest for perfection that derailed plans to add explanatory signs to a Confederate fountain in Helena, Montana, however.

The fountain, installed in the early 1900s as one of the few Confederate monuments in the northwestern United States, included an inscription on its side that dubbed it “A Loving Tribute to our Confederate Soldiers.” City officials began discussing adding a contextualizing sign in 2015, but ultimately chose to remove the fountain in August 2017.

That decision followed urgent calls for its elimination and worry that its continued presence might spur violence, according to Ed Noonan, a city commissioner for Helena.

But it was also about the word count.

“To put it in a full historical context, it was too massive an amount of information,” Noonan said. “Ultimately, people thought language was just inadequate.” 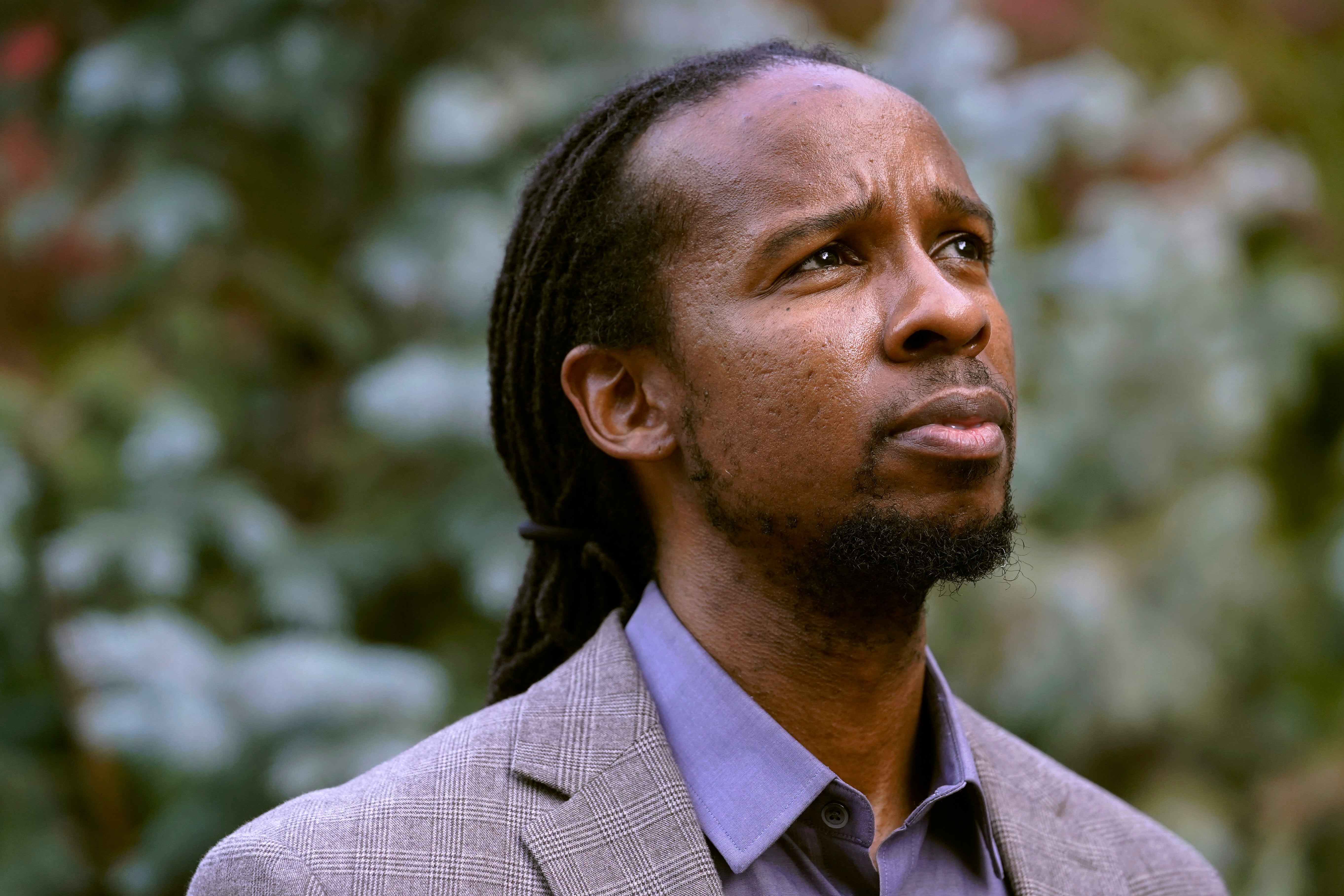 Ibram X. Kendi’s new book brings together a ‘choir’ of writers to tell the history of African America. Here’s what he wants you to know.