SALT LAKE CITY (AP) — A Utah woman charged with a crime after her stepchildren saw her topless in her own home is fighting the case that could force her to register as a sex offender, pointing to a court ruling that overturned a topless ban in Colorado and helped fuel a movement.

Tilli Buchanan’s attorneys argue that Utah’s law on lewdness involving a child is unfair because it treats men and women differently for baring their chests. They are asking a judge to overturn her misdemeanor charges and declare that part of the law unconstitutional.

Prosecutors counter that nudity is commonly understood to include women’s breasts in American society and that courts have upheld laws based on morality.

“It was in the privacy of my own home,” Buchanan said after a court hearing Tuesday where a judge said she plans to rule in the coming months. “My husband was right next to me in the same exact manner that I was, and he’s not being prosecuted.”

Buchanan, 27, said she and her husband had taken off their shirts to keep their clothes from getting dusty while they hung drywall in their garage in a Salt Lake City suburb in late 2017 or early 2018.

When her husband’s three children, ages 9 through 13, walked in, she “explained she considers herself a feminist and wanted to make a point that everybody should be fine with walking around their house or elsewhere with skin showing,” her lawyers said in court documents.

Buchanan was charged with three counts of misdemeanor lewdness involving a child in February. It came after child welfare officials began an investigation involving the kids that wasn’t related to Buchanan.

The children’s mother reported the topless incident because she was “alarmed,” authorities said. Police say Buchanan removed her shirt and bra in front of the children while “under the influence of alcohol” and said that if a man could take off his shirt, a woman should be able to as well.

Her husband was not charged. If convicted, Buchanan could face jail time or fines and may be required to register as a sex offender for 10 years. 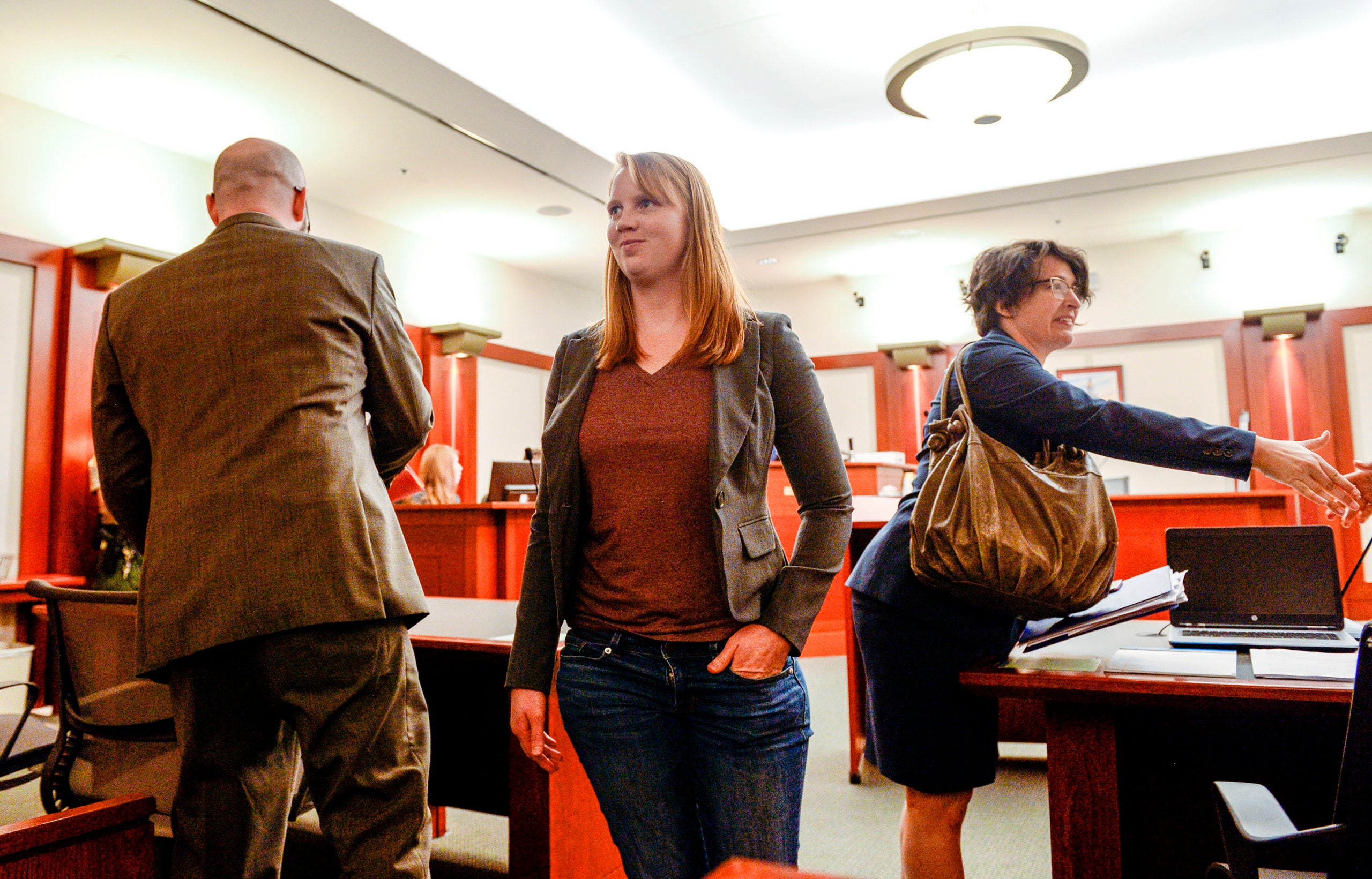 “It has incredibly serious consequences,” said Leah Farrell, an attorney with the American Civil Liberties Union of Utah who argued Buchanan’s case.

While people might have different feelings about male and female bodies, the use of the criminal justice system to enforce them isn’t appropriate, Farrell said.

A global movement advocating for the rights of women to go topless, called the Free the Nipple campaign, has seen mixed success fighting similar ordinances in other parts of the country.

The justices sided with activists who argued that the ban treated women and men differently. The court has jurisdiction over federal cases from several states, including Utah, but authorities have said the ruling doesn’t immediately invalidate other local laws.

One of the Fort Collins plaintiffs, Brit Hoagland, said the Utah case is more unjust because Buchanan was inside her own home.

“Women should not be seen as inherently sexual, let alone criminal, for doing something men do casually all the time,” said Hoagland, who identifies as nonbinary, which means their gender identity is not strictly male or female.

Topless bans have been upheld elsewhere. The New Hampshire Supreme Court in February affirmed the conviction of three members of the Free the Nipple campaign who were arrested for going topless on a beach in 2016.

A public indecency law in Missouri also was upheld in 2017, and a court allowed a San Francisco public nudity ban to remain on the books in 2013. 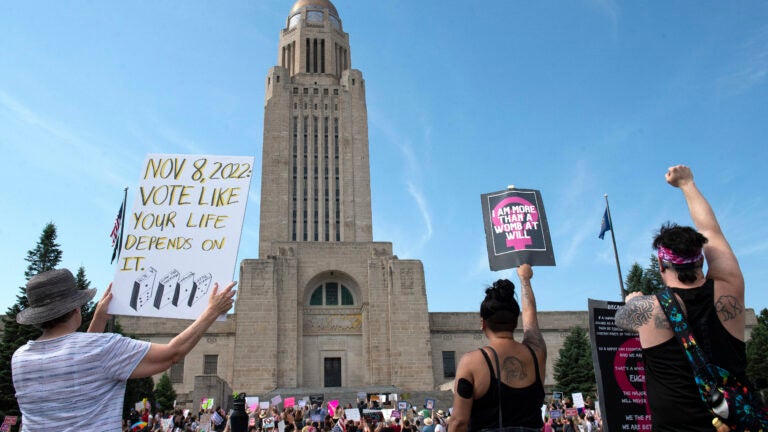