MEXICO CITY (AP) — California rock climber Brad Gobright reportedly reached the top of a highly challenging rock face route in northern Mexico, and was rappelling down with a companion when he fell to his death.

Climber Aidan Jacobson of Phoenix, Arizona told Outside magazine he was with Gobright, who reportedly performed a masterful ascent of the Sendero Luminoso route in the El Potrero Chico area near the northern city of Monterrey.

@BradGobright died earlier today in a climbing accident at El Potrero Chico, Mexico. @RockAndIceMag reports that Gobright was simul-rappelling the seventh pitch of the 15-pitch route El Sendero Luminoso with a partner when the accident occurred. The partner, Aiden Jacobson, also fell but wasn’t seriously injured. ⛰ Gobright was a bold free solo climber but was perhaps best-known for his two-hour and nineteen minute ascent of the Nose, in Yosemite, in October 2017, a feat that saw him briefly capture the speed record from his good friend @AlexHonnold. “I suppose there’s something to be said about being safe out there and the inherent risks in climbing,” Honnold wrote on Instagram, “but I don’t really care about that right now…So crushing. Brad was a real gem of a man.” Photo: @cheynelempe from June 2017

Civil defense officials in Nuevo Leon state said Gobright fell about 300 meters (yards) to his death on Wednesday. The Outside account described the fall as 600 feet (about 200 meters).

His body was recovered Thursday. The publication Rock and Ice described Gobright, 31, as a native of Orange County, California, and ‘‘one of the most accomplished free solo climbers in the world.’’

In memory of a legend gone too soon. Read our January 2017 cover story on Brad Gobright, “Solo Act,” at the link in bio.⁠ .⁠ Photo: Brad Gobright runs a ropeless lap on “Partners in Crime” (5.11a), at sunset in the Smoke Bluffs, Squamish, B.C., Canada. Photo by @jefflewisphotography

Jacobson also fell, but a shorter distance, after something went wrong in the “simul-rappelling” descent. The technique involves two climbers balancing each other’s weight off an anchor point.

In online forums, many climbers described the technique as difficult and potentially dangerous.

According to Jacobson, the pair might not have evened out the length of the 80-meter (yard) rope between them, to ensure each had the same amount, because Gobright’s end was apparently tangled in some bushes near a ledge below them.

That might have caused Gobright to essentially run out of rope; without the balancing weight of the other climber, both would fall. Jacobson fell through some vegetation and onto the ledge they were aiming for, injuring his ankle. Gobright fell further. 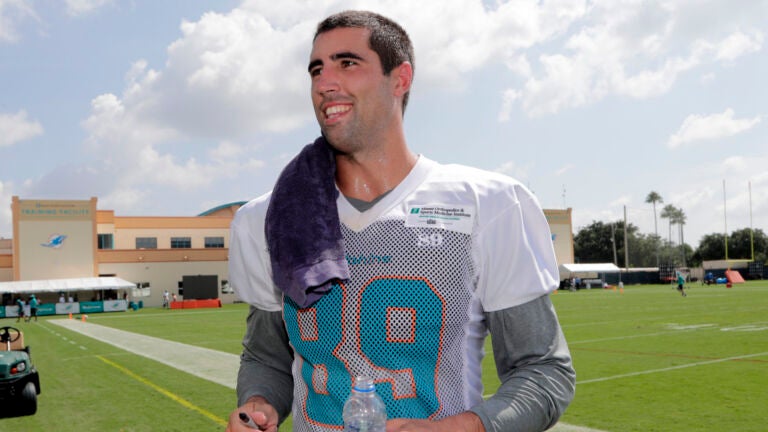