On a typical day, the ferry ride from Miami Beach to neighboring Fisher Island takes less than 10 minutes. Luxury SUVs line up in neat rows on the deck and are spirited across the calm, deep-blue waters of Biscayne Bay to the wealthy resort community, reachable only by helicopter or boat, which bills itself as “Florida’s most exclusive private island.”

“From the moment you board the ferry, a wave of calm overtakes you, as you know the luxury, beauty and ultimate lifestyle that await you,” the Fisher Island Club promises.

But on Tuesday afternoon, a mysterious tragedy shocked the idyllic island community. Minutes into the journey from Fisher Island to Miami Beach, a blue 2019 Mercedes-Benz rolled off the ferry, plunging 50 feet to the bottom of the channel known as Government Cut. The two women inside – identified by the Miami-Dade Police Department as Emma Afra, 63, and Viviane Brahms, 75 – both died. Multiple sources told the Miami Herald that the friends were found embracing each other in the back seat of the car.

“It’s a jarring tragedy,” Miami Beach Mayor Dan Gelber, D, told CBS Miami. “When we heard about it everybody just stopped and started to think about these poor souls and their families. I think the whole community is very shocked.”

#UPDATE #HappeningNow THE @USCG & @MiamiDadeFire continue their response to a report of a vehicle in the water near #FishersIsland.
Stay tuned for updates here.#Ready, #Responsive pic.twitter.com/kNsrV2oE2S

Both the Miami-Dade Police Department and U.S. Coast Guard are investigating what appears to be an unusual freak accident. Ferry-related fatalities are extremely rare in developed countries like the United States, which have high safety standards for passenger vessels, the Herald reported. And when a death does occur, it’s usually the result of a collision, not a car sliding overboard.

Still, some residents of the privacy-obsessed island say they understand how one misstep could have ended in disaster. The four ferries that service Fisher Island have to be open on the front and back so that cars can drive on and off. Once the ferry leaves the dock, only a thin blue tarp serves as a barrier. Aerial footage captured by WPLG after the accident showed that the tarp had been torn down, and a car was missing from the front of the boat.

“We figured perhaps she touched the accelerator instead of the brake. That’s what everyone is thinking,” Fisher Island resident Diane Siegel told CBS Miami in a video. “I have been living here for 23 years and this has never happened.”

Late afternoon today a car plunged into the water from a Fisher Island ferry into government cut. The Coast Guard has…

The Herald cited sources close to the investigation who bolstered that theory, saying that they think Afra forgot to put her car in park when she boarded the ferry, then accidentally hit the wrong pedal once the car started rolling. Witnesses reportedly told police that just as the ferry was pulling away from Fisher Island, the Mercedes suddenly accelerated and crashed through the barrier.

When passengers drive onboard the ferry, they’re greeted by a sign reminding them to engage their parking brake, the Herald reported. Ferry workers also place blocks next to each car’s tires to prevent them from sliding around. But a driver who hit the gas pedal could theoretically drive over those blocks.

Since the ferry didn’t have video cameras capturing what was happening on the deck, according to the Herald, it’s hard to say for sure if that’s what happened with the Mercedes.

John Hickey, a Miami-based maritime lawyer, told the paper that the ferry’s crew should have reminded passengers to make sure their cars were in park and their parking brakes were engaged. He also questioned why the ferry didn’t have a more substantial barrier. Other small ferries have metal gates at their front and back ends, which aren’t removed until after the boat has safely docked.

“The netting on the Fisher Island ferry is pretty insufficient,” Hickey said. “It’s pretty flimsy. It’s not going to hold anything back.”

According to WPLG, the boat, known as the Pelican, had just been inspected by the Coast Guard last month. The 113-foot vessel has been in service since 1981 and is one of four ferries owned by the Fisher Island Community Association, which has said that it will fully cooperate with the investigation.

Frequently ranking as America’s richest or most expensive ZIP code, Fisher Island is home to roughly 700 families, according to Bloomberg News, though most are there for only a few months of the year. With an average annual income of $2.2 million, residents have access to an aviary and observatory as well as more standard amenities such as beaches, golf courses and spas.

Though most island residents prefer to get around on golf carts, the privately run ferry has been shuttling cars back and forth for decades, operating 24 hours a day. Those who can afford to spend $1,475 a night for a hotel suite at the Fisher Island Club are warned that “pre-arranged security clearance” is required to board the ferry, “guaranteeing security and exclusivity.”

HEART-WRENCHING: Police divers found bodies of Emma Afra and Viviane Brahms embracing each other in back of car submerged underwater.

On Wednesday, the Fisher Island Community Association said that it was mourning the loss of Afra, who lived on the island, and Brahms, who was visiting from Harrison, New York. “Our hearts and prayers go out to their families and loved ones at this very difficult time,” a statement shared with local media outlets said.

Before their deaths, the two women had attended art openings and cocktail receptions in New York and Miami together. Afra volunteered for Kristi House, a nonprofit that works to combat child sex trafficking and abuse, but had taken a break for a few years after her husband died. “I think it’s tragic that just as she’s ready to re-engage, this happens,” the organization’s CEO, Amanda Altman, told WPLG. 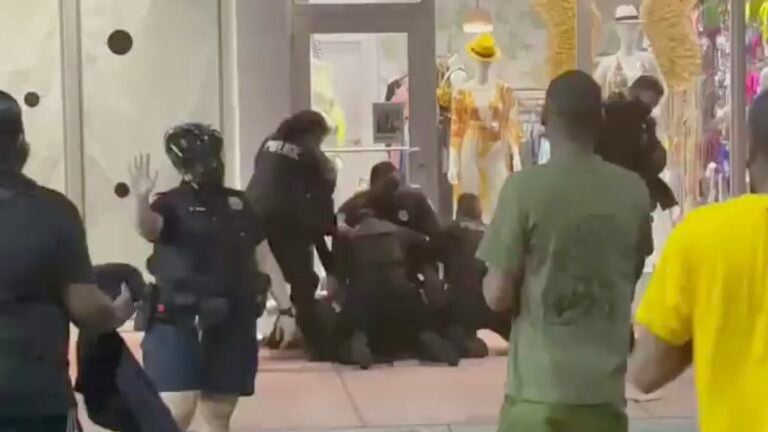