The mayor of Anchorage, Ethan Berkowitz, resigned Tuesday, one day after admitting that he had engaged in an “inappropriate” relationship with a local news anchor, the latest development in a roiling political drama that began when the reporter claimed there were graphic personal photos of the mayor on an “underage girl’s website.”

“It is with profound sadness and humility that I resign as mayor of the municipality of Anchorage,” Berkowitz said in a statement read to the Anchorage Assembly by his chief of staff, Jason Bockenstedt. Residents in the crowd immediately burst into cheers, standing and clapping.

“My resignation results from unacceptable personal conduct that has compromised my ability to perform my duties with the focus and trust that is required,” the statement said. The resignation is to take effect at the end of next week.

Berkowitz’s resignation followed an unsubstantiated claim that had been posted to social media Friday by the news anchor, Maria Athens, promising viewers an “exclusive” story set to air on upcoming newscasts. Berkowitz responded by calling the allegations “slanderous” and false, and Athens shot back by posting what she said was an image of the mayor’s bare backside, with a laughing emoji.

But as political leaders in Anchorage lined up to defend Berkowitz, the mayor came forward Monday with an admission: He and Athens had previously engaged in a “consensual, inappropriate messaging relationship.”

“I’m embarrassed and ashamed for the hurt I’ve caused my family and our community,” said Berkowitz, a former candidate for governor and longtime leader in the state’s Democratic political circles. “I take responsibility for my actions.”

Berkowitz, 58, has continued to deny that he did anything illegal, as implied in Athens’ Facebook video. The Anchorage Police Department said it had worked with the FBI to investigate the allegations about the mayor and “found no evidence of criminal conduct.”

Before Athens posted her video online, the mayor’s office said she had left a voice message for him. In a copy of that message provided by the office, Athens can be heard in a furious rant making anti-Semitic references and saying that she would be exposing the mayor as “a pedophile.”

“I’m going to get an Emmy, so you either turn yourself in, kill yourself, or do what you need to do,” Athens said, according to the audio clip. She then said she would personally kill him and his wife.

Athens, 41, is the main anchor for two outlets, KTBY and KYUR, which broadcast online as Your Alaska Link. Bill Fielder, the station owner, said the video Athens posted had not been approved. He has demanded that she remove references to the news outlets.

“We had no knowledge of it in advance of her posting it,” Fielder said.

Athens was arrested Friday after a physical altercation with her boss at the station, according to local news reports, not long after her video was posted to Facebook. She was charged with misdemeanor assault, criminal mischief and disorderly conduct, and released over the weekend on bail. 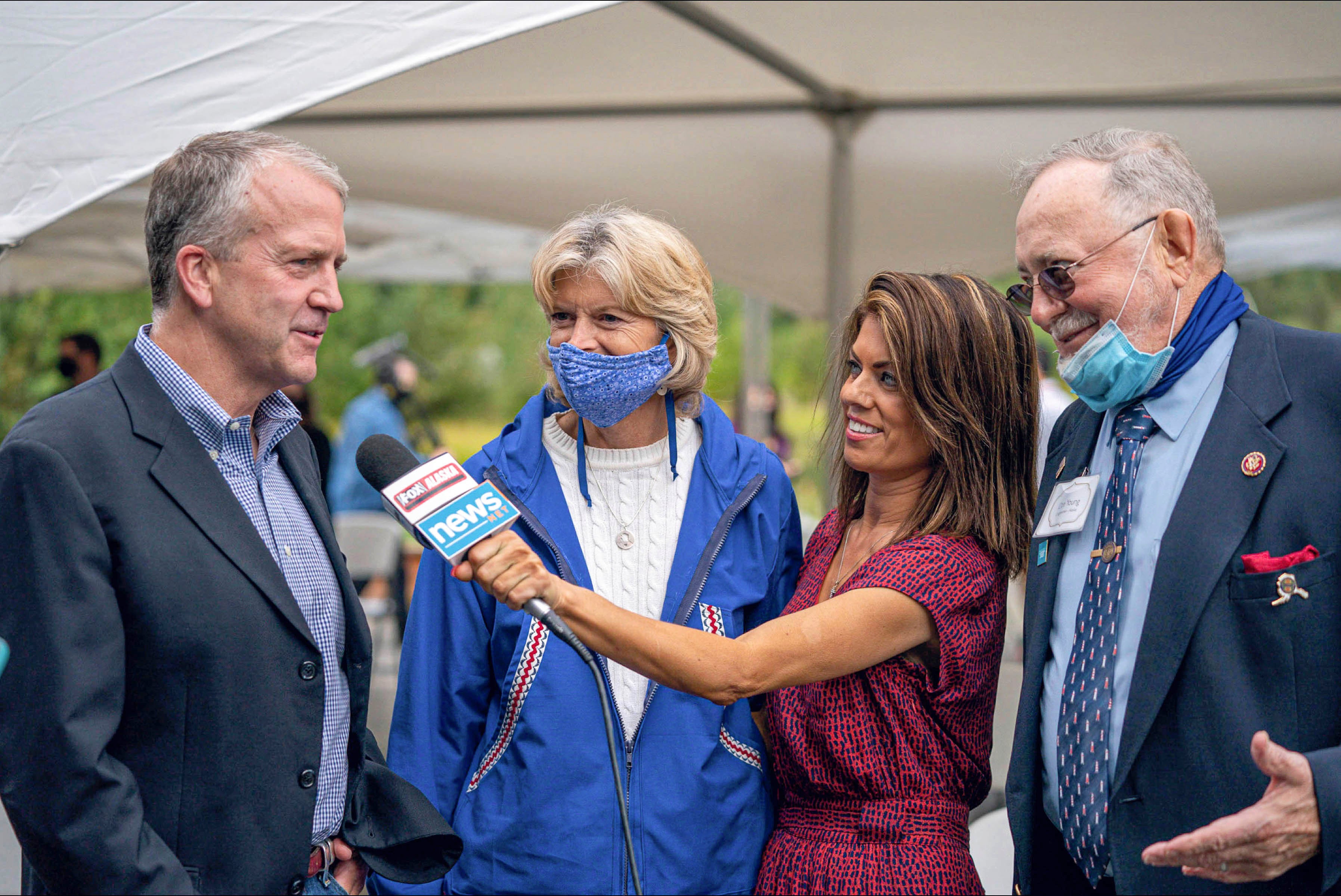 Fielder declined to discuss what led up to the arrest but said that Athens was no longer with the company, effective Monday.

Berkowitz, a former Alaska state representative who served eight years as minority leader, ran unsuccessfully for Congress in 2008 against longtime Rep. Don Young and for governor in 2010. He was elected mayor in 2015.

The Anchorage Assembly said in a separate statement before Berkowitz’s resignation that it had been informed Monday of the “improper and distasteful actions taken by our mayor.”

It said that authorities had found no evidence of illegal activity on the part of the mayor but noted his admission of a “consensual yet inappropriate” relationship with Athens.

“We are disappointed and disheartened by this news,” it said.