LOS ANGELES (AP) — Southern California Edison said its equipment may have sparked a fast-moving wildfire that forced evacuation orders for some 100,000 people and seriously injured two firefighters on Monday as powerful winds across the state prompted power to be cut to hundreds of thousands to prevent just such a possibility.

A smoky fire exploded in size to over 11 square miles (29 square kilometers) after breaking out around dawn in Orange County, south of Los Angeles. Gusts pushed flames along brushy ridges in Silverado Canyon and near houses in the sprawling city of Irvine, home to about 280,000 residents. There was no containment.

Firefighters prepare to battle the Silverado Fire in Irvine, California.

Two firefighters, one 26 and the other 31 years old, were critically injured while battling the blaze, according to the county’s Fire Authority, which didn’t provide details on how the injuries occurred. They each suffered second- and third-degree burns over large portions of their bodies and were intubated at a hospital, officials said.

In a report to the state Public Utilities Commission, Southern California Edison said it was investigating whether its electrical equipment caused the blaze. The brief report said it appeared that a “lashing wire” that tied a telecommunications line to a support cable may have struck a 12,000-volt conducting line above it, and an investigation was under way.

The report came as SCE shut off power to some 38,000 customers in five counties — including the fire areas — as a safety precuation against gusts knocking down equipment or hurling tree branches or other vegetation into power lines.

More than 90,000 people in the fire area were under evacuation orders. Nearby, a fire in the Yorba Linda area had grown to nearly 4.7 square miles (12.2 square kilometers) and prompted the evacuation of at least 10,000 people, officials said.

At the Irvine-area fire, Kelsey Brewer and her three roommates decided to leave their townhouse before the evacuation order came in. The question was where to go in the pandemic. They decided on the home of her girlfriend’s mother, who has ample space and lives alone.

“We literally talked about it this morning,” Brewer said, adding that she feels lucky to have a safe place to go. “We can only imagine how screwed everyone else feels. There’s nowhere you can go to feel safe.”

Helicopters dropping water and fire retardant were grounded for much of the afternoon because strong winds made it unsafe to fly. However, a large air tanker and other aircraft began making drops again several hours before sunset. 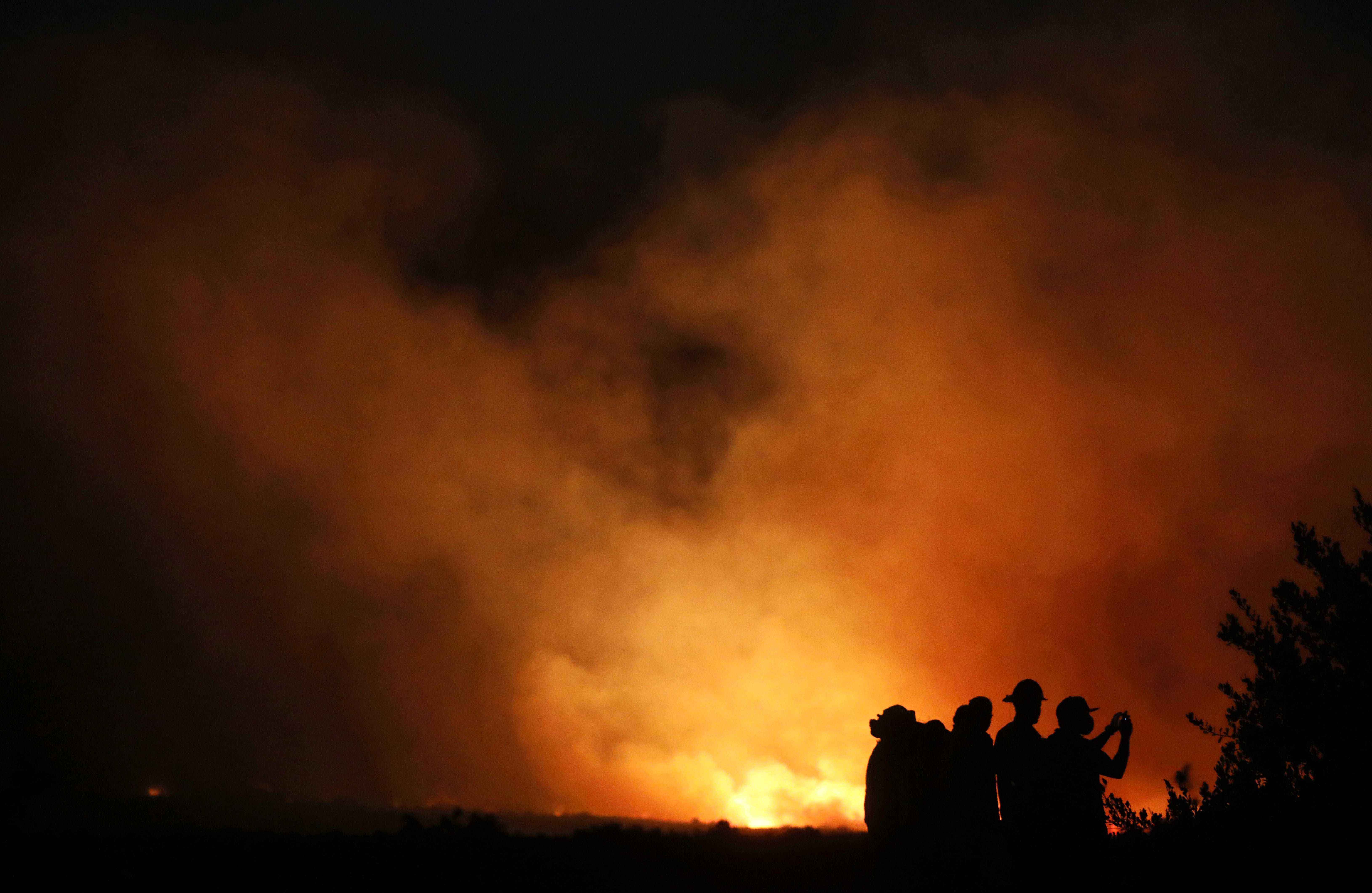 In the northern part of the state, Pacific Gas & Electric began restoring power to some of the 350,000 customers — an estimated 1 million people — in 34 counties that were left in the dark Sunday because of some of the fiercest winds of the fire season.

PG&E said it had restored power to nearly 100,000 customers as winds eased in some areas, with electricity to be back on at the other homes and buildings by Tuesday night after crews make air and ground inspections to make repairs and ensure it’s safe.

A dozen reports of damage had been received, PG&E said.

However, the fire threat was far from over in many parts of PG&E’s vast service area. The safety shut-offs “probably did prevent dangerous fires last night. It’s almost impossible to imagine that winds of this magnitude would not have sparked major conflagrations in years past,” Daniel Swain, a climate scientist with UCLA and the National Center for Atmospheric Research, said on Twitter.

A second round of gusts is predicted to sweep through the same areas Monday night.

Scientists have said climate change has made California much drier, meaning trees and other plants are more flammable. October and November are traditionally the worst months for fires, but already this year 8,600 wildfires in the state have scorched a record 6,400 square miles (16,600 square kilometers) and destroyed about 9,200 homes, businesses and other buildings. There have been 31 deaths. Smoke from the Silverado Fire fills the air along the 241 State Highway in Irvine, California. (AP Photo/Jae C. Hong)

The electricity shutdowns marked the fifth time this year that Pacific Gas & Electric, the nation’s largest utility, has cut power to customers to reduce the risk of downed or fouled power lines or other equipment that could ignite blazes amid bone-dry weather conditions and gusty winds.

Many of this year’s devastating fires were started by thousands of dry lightning strikes, but some remain under investigation for potential electrical causes. While the biggest fires in California have been fully or significantly contained, more than 5,000 firefighters remain committed to 20 blazes, state fire officials said. 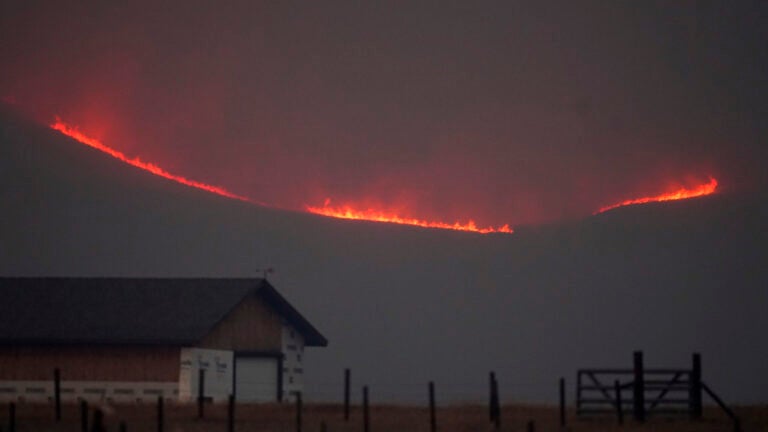 Colorado wildfire grows by at least 140,000 acres in a day, forcing hundreds to flee