Ben Watkins, a rising young culinary star who appeared in the sixth season of “MasterChef Junior,” died Monday from a rare form of cancer, his family said. He was 14.

“Our Ben went home to be with his mother this afternoon after a year-and-a-half-long battle with cancer,” Donna Edwards and Anthony Edwards, Ben’s maternal grandmother and uncle, said in a statement Monday on a GoFundMe page called #Love4Ben. “Ben suffered more than his share in his fourteen years on this Earth, but we take solace in that his suffering is finally over and in that, in the end, Ben knew he was loved by so many.”

Trent McCain, the organizer of the GoFundMe campaign and the family’s attorney, said in a statement that Ben was an inspiration.

“I have seen humanity and kindness up close with the outpouring of love and support Ben has received over the past three years,” McCain said.

Ben appeared on “MasterChef Junior” on Fox in 2018 at age 11. He was one of six Chicago-area children to appear on the program that year.

In the show’s premier episode, which had 40 contestants between the ages of 8 and 13 competing for 24 slots and a chance at a $100,000 prize in the finale, Ben snagged the final white apron of the night by making a peach cobbler with whipped cream and caramel sauce.

Ben placed in the top 18 on the show and became a fan favorite, especially as viewers learned of his family history.

In September 2017, Ben’s father, Michael Watkins, shot and killed Ben’s mother, Leila Edwards, before killing himself in Gary, Indiana, according to The Chicago Tribune. Ben’s grandmother and uncle became his legal guardians.

At that time, Ben had voiced his aspirations for becoming a chef and had dreamed of having his own restaurant, much like his father, who had opened Big Ben’s Bodacious Barbecue & Deli in Gary. The restaurant, The Tribune noted, was named after Ben.

Ben had also worked at his father’s restaurant, the newspaper said, running the cash register, taking orders and selling his own homemade cookies, brownies, cinnamon rolls and banana bread. He attributed his baking skills to his mother, saying, “My mom taught me everything she knew. Or I just picked it up by watching her.”

A statement on the show’s Instagram account said Ben had a “remarkably positive attitude” and was a “tremendous role model” for chefs of all ages.

Gordon Ramsay, the celebrity chef and host of “MasterChef Junior,” said in a statement Tuesday that Ben was a talented home cook and a strong young man.

“Your young life had so many tough turns, but you always persevered,” Ramsay said.

We lost a Master of the @MasterChefJrFOX kitchen today. Ben you were an incredibly talented home cook and even stronger young man. Your young life had so many tough turns but you always persevered. Sending all the love to Ben Watkins’ family with this terrible loss Gx pic.twitter.com/RX81hP7lbw

Not long after his 13th birthday, Ben was diagnosed with angiomatoid fibrous histiocytoma, his family said. The condition is a rare soft tissue tumor that most commonly appears in children and young adults, according to the U.S. National Library of Medicine.

Anthony Edwards, Ben’s uncle, told The Tribune in August that doctors two years ago had thought that a growing tumor in Ben’s neck was malformed lymph nodes.

“But even after treatment, the tumor kept bleeding,” he said.

In late July, Ben began chemotherapy treatment for tumors in his lung, spine and shoulder, The Tribune said.

Ben’s family and community rallied behind him.

Katie Clark, a family friend, told the newspaper that like his mother, Ben could light up a room.

“He is polite, outgoing, smart, funny, and remained that way even into adolescence, which isn’t always the case with kids entering that phase of life,” she said. 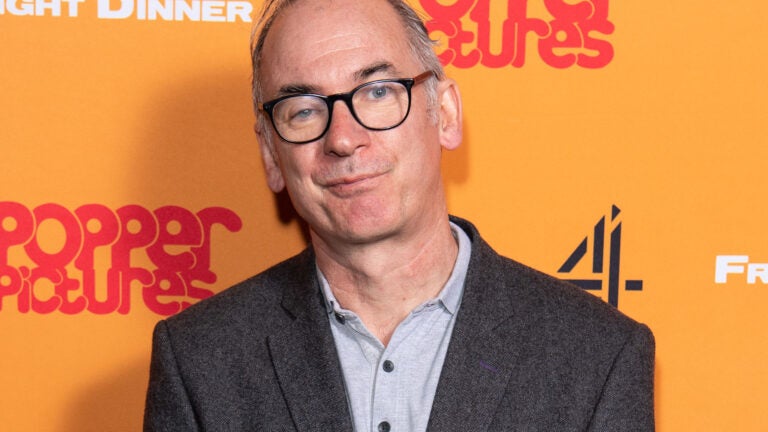