When a relative gave her a genealogy kit as a Christmas present last year, Julie Druyor made three shattering discoveries.

At the time, Kiken was practicing in California. He is now licensed in Virginia and until recently worked as a contractor at the Virginia Correctional Center for Women in Goochland, Va.

“This man knew what he was doing,” Richards, 74, said in an interview. “It’s just disgusting, it truly is.”

Druyor, 40, has struggled with the fact that she and her own children are linked genetically to a man she sees as her mother’s assailant.

“It rocked me to my core. I was beyond devastated,” she said. “I cried like, I don’t know, I felt like I had lost part of me.”

Kiken did not respond to requests for comment in messages left at his home. He admitted in court filings that he used his own sperm to twice impregnate Richards, once in the late 1970s and again in the early ’80s; he said he was fulfilling his obligation to her by keeping that fact secret.

“Dr. Kiken did that which he was asked to do and did use his own sperm to impregnate the plaintiff,” his attorneys wrote. “Anonymous donor meant that the patient would not know the donor’s identity, he would be anonymous to her.”

Kiken also defended his actions by noting in court documents that at the time of the procedures, frozen sperm was harder to come by and less reliable. “There were no commercially available sperm banks in close enough proximity to the place of insemination,” he said.

Kiken’s lawyer in the civil case, which is filed in federal court in Northern California, also did not respond to requests for comment. No criminal charges have been filed against Kiken.

Dov Fox, director of the Center for Health Law Policy and Bioethics at the University of San Diego, said he has heard similar rationalizations from other fertility doctors who practiced decades ago, when the industry was getting its start. It’s true, he said, that sperm banks were less common and frozen sperm less reliable.

“This whole enterprise operated under such a shadow of stigma and shame back then,” he said. These kinds of cases are “a lot more common, I think, than anyone suspected even a year ago.”

At the time, with commercial DNA kits in the distant future, doctors may have assumed that no one would ever know. But, he said, that’s “no excuse” for doctors to have used their own sperm with unwitting patients.

“I can’t imagine any world where this isn’t a grave violation,” he said. “They weren’t telling them because they knew what they were doing wasn’t kosher.”

It’s difficult to determine how common such cases are. Kiken is one of about a half-dozen doctors who have been publicly accused of covertly inseminating patients with their own sperm. Richards’s attorney, Adam Wolf, said he has represented women who have made such allegations against about 15 other doctors, most of whom have settled with former patients out of court.

When doctors fight the claims, Fox said, women seeking amends in civil or criminal court face an uphill battle. Until recently there were few laws explicitly barring doctors from using their own sperm to inseminate fertility patients; five states now have them. But such laws are not retroactive, and the statute of limitations for many civil lawsuits has passed. Even when a lawsuit is allowed, Fox said, the “intangible” nature of the harm caused can make it difficult to pursue damages.

“I think there’s probably a lot of woman of my generation who are really hesitant to come forward on this,” Richards said. “I would just hope they would have the courage.”

Richards said that in 1979, when she and her husband were having trouble conceiving, her doctor recommended that she see Kiken. She had never heard of sperm donation, but she said Kiken led her to believe that he could find her a young donor, probably a medical student, who would resemble her husband and be screened for health problems.

“We weren’t supposed to tell anybody that it was conceived via donor,” she recalled. “Dr. Kiken drummed it home that the donor would be anonymous and remain anonymous.”

She had two children, a girl and a boy, who until last year she believed that they were conceived using the sperm of the same anonymous student.

Instead, through her daughter’s 23andMe results, she learned that Kiken was the father.

Druyor also discovered that she is a carrier for Tay-Sachs disease, a rare and severe genetic disorder more common in people with Eastern European Jewish heritage. The lawsuit alleges that Kiken, who is Jewish, is to blame. But in his filing, the doctor said he and his family have tested negative for the Tay-Sachs mutation and notes that the disorder is also found in Irish and French lineages.

Richards says Kiken deceived and violated her. She says he had promised that the sperm donor would resemble her husband and come from a similar ethnic background.

“I just wanted to make sure my kids could look at their eyebrows and say, ‘Oh, there’s Daddy,’ ” she said.

The lawsuit says her late husband “was 5’11’ with hazel eyes. His family background was Norwegian, Irish and English. They were Christians. He had an athletic build and a pinkish skin tone. He was musically gifted. By contrast: Defendant was much shorter than Plaintiff’s husband, slender, with brown eyes, and an olive complexion. Defendant’s family is Jewish, and he did not share the same geographic ancestral ties as Plaintiff’s husband.”

Richards said she also learned through 23andMe that her children have a half brother who lived nearby, also conceived by a woman who went to Kiken for fertility treatment.

“They grew up 15 minutes from each other, were in the same grade, and shared similar friend circles,” the lawsuit says. In a news conference, Richards said “it makes me ill” to think what could have happened had they become romantically involved.

That family is not involved in the lawsuit and could not be reached for comment.

Wolf said he hopes to learn through the lawsuit how many other women were misled by Kiken.

There are no claims or complaints against Kiken in Virginia, according to state records. His contract with the Virginia Department of Corrections ended in March, a spokesman said. 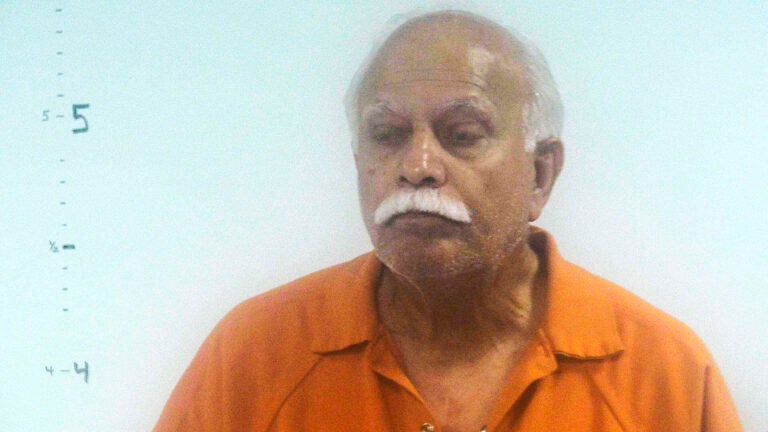