Kyle Rittenhouse, the 17-year-old who was captured on video shooting three people during protests in Kenosha, Wisconsin, in August and was charged with killing two, has been released from jail after posting $2 million bail, the sheriff said.

Sheriff David Beth of Kenosha County said Rittenhouse was released Friday afternoon. A lawyer for Rittenhouse said the teen’s supporters had raised the money needed to win his release as he awaits trial. Ricky Schroder, an actor, and Mike Lindell, CEO of MyPillow who is also an ally of President Donald Trump, made donations that put the bail fund “over the top,” the lawyer, L. Lin Wood, wrote on Twitter.

Rittenhouse, who is white, has become a polarizing figure since the shooting in August. He became a hero to some conservatives, who said he was acting in self-defense and had been trying to protect the city from destruction by patrolling the streets with a military-style rifle. Protests rocked the city after a Kenosha police officer shot Jacob Blake, a 29-year-old Black man, in the back.

Videos from the protests showed Rittenhouse shooting three people, two of whom died: Anthony M. Huber and Joseph Rosenbaum. He has been charged with six felonies, including two counts of first-degree intentional homicide.

Rittenhouse told The Washington Post this week that he did not regret bringing the gun to the protest, and that he had gotten an adult friend to buy the gun for him after giving the friend money from a government stimulus check.

“I feel I had to protect myself,” he said. “I would have died that night if I didn’t.”

Huber’s father had urged a judge at a bail hearing earlier this month to keep Rittenhouse in custody before trial, saying he believed Rittenhouse saw himself as “above the law.” Rittenhouse had been held in a jail in Illinois, where he lived, for nearly two months as his lawyers fought unsuccessfully to keep him from being extradited to Wisconsin, where he will be tried. 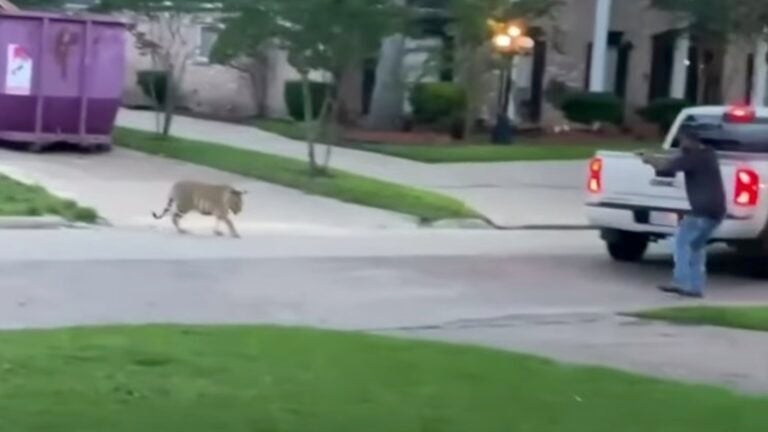 A wandering tiger unnerved Houston. The man who fled with it is a murder suspect.