It was, by most standards, a short stay. The pop-up metal monolith that became the focus of international attention after it was spotted in a remote section of the Utah desert on Nov. 18 was dismantled just 10 days later. Government officials continued to insist Monday that they had no information about either the installation or removal — and possible theft — of the piece, which had been placed on public land.

The office of the San Juan County Sheriff at first announced that it was declining to investigate the case in the absence of complaints about missing property. To underscore that point, it uploaded a “Most Wanted” poster on its website, or rather a jokey version of one in which the faces of suspects were replaced by nine big-eyed aliens. But by the end of Monday, the sheriff’s office had reversed its position and announced that it was planning a joint investigation with the Bureau of Land Management, a federal agency.

The San Juan County Sheriff’s Office is aware of the mysterious appearance and disappearance of the #UtahMonolith. While…

It was left to an adventure photographer, Ross Bernards, to disclose evidence on Instagram. Bernards, 34, of Edwards, Colorado, was visiting the monolith Friday night when, he said, four men arrived as if out of nowhere to dismantle the sculpture. Bernards had driven six hours for the chance to ogle the sculpture and to take dramatic photographs of it. Using upscale Lume Cube lights attached to a drone, he produced a series of glowy, moonlit pictures in which the monolith glistens against the red cliffs and the deep blue of the night sky. 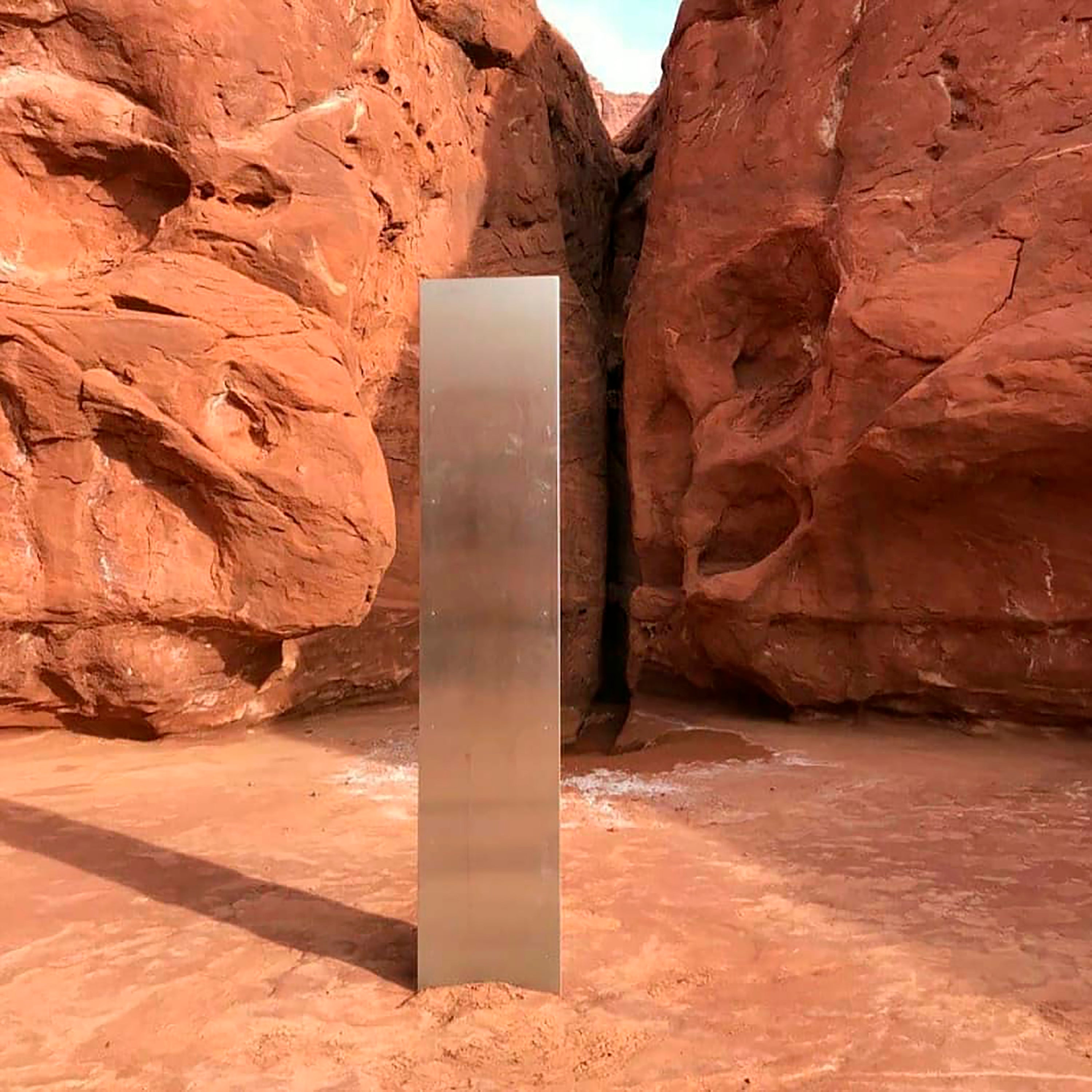 Suddenly, around 8:40 p.m., he said, the men arrived, their voices echoing in the canyon. Working in twosomes, with an unmistakable sense of purpose, they gave the monolith hard shoves, and it started to tilt toward the ground. Then they pushed it in the opposite direction, trying to uproot it.

“This is why you don’t leave trash in the desert,” one of them said, suggesting that he viewed the monolith as an eyesore, a pollutant to the landscape, according to Bernards.

The sculpture popped out and landed on the ground with a bang. Then the men broke it apart and ferried it off in a wheelbarrow.

“As they walked off with the pieces, one of them said, ‘Leave no trace,’” Bernards recalled in a telephone interview.

He did not photograph the men who took down the sculpture, saying he feared a confrontation with them and worried they might be armed. But a friend who accompanied him on the trip, Michael James Newlands, 38, of Denver, took a few quick photographs with his cellphone.

“It must have been 10 or 15 minutes at most for them to knock over the monolith and pull it out,” he told The New York Times. “We didn’t know who they were, and we were not going to do anything to stop them.” He added, “They just came in there to execute and they were like, ‘This is our mission.’ ”

The photos are blurry, but they fascinate, nonetheless. They are images of several men working beneath the cover of darkness, wearing gloves but not face masks, standing above the fallen monolith. We can see its exposed insides. It turns out to be a hollow structure with an armature made from plywood.

The photographs are the only known images of the culprits who removed the sculpture; they may not have been the same people who installed it in the first place. Lt. Nick Street, a spokesman for the Utah Department of Public Safety, said last week that the monolith had been embedded into the rock.

In the past few days, artists had been casually speculating that whoever put the sculpture up probably had taken it down once it was discovered, as if aspiring to be anonymous artist-activists, the Banksy of the desert.

But art-world speculation had not yielded too many facts. Initially, the monolith was linked to John McCracken, a California-born artist who died in 2011 and harbored a taste for science fiction. David Zwirner, the New York art dealer who represents the artist’s estate and first identified the monolith as an authentic McCracken, stepped forward Monday to tell The Times that he had studied photographs of it and no longer had any idea who had made it.

Almine Rech, who represents the artist at her galleries in Paris and Brussels, also contacted a reporter to deny that the desert monolith was a McCracken.

And news stories spread of a copycat monolith sighting in the hills of Romania.

All of this leaves us not an iota closer to solving the mystery of the Utah sculpture.

On the plus side, the monolith that captivated the country over the past week, then disappeared as quickly as it entered public consciousness, continues to provide a pleasant sensation of uncertainty. Would it lose its aura and power if we knew who had created it? 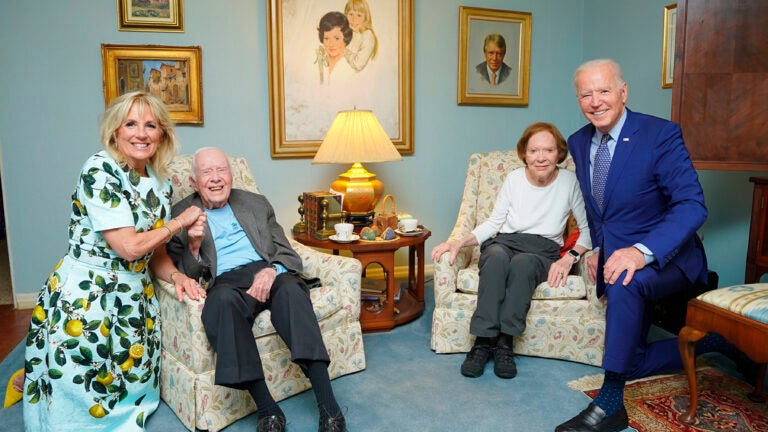