ST. PETERSBURG, Fla. (AP) — A female volunteer who regularly feeds big cats was bitten and seriously injured by a tiger Thursday morning at Carole Baskin’s Big Cat Rescue sanctuary in Florida, which was made famous by the Netflix series “Tiger King,” officials said.

Baskin, CEO of Big Cat Rescue in Tampa, said in an email to the AP that the volunteer, Candy Couser, was feeding a tiger named Kimba when she noticed the animal was not in his usual location. Baskin said Couser opened a gate that had been clipped shut but she reached in to unclip it.

“This is our universal signal NOT to open a gate” without assistance, Baskin said. “It is against our protocols for anyone to stick any part of their body into a cage with a cat in it.”

“Kimba grabbed her arm and nearly tore it off at the shoulder,” Baskin added.

This morning, during feeding, Candy Couser, who has been a volunteer at Big Cat Rescue for five years, and a Green Level…

Couser was taken to a hospital for treatment of serious injuries after staff and other volunteers at Big Cat Rescue sought to stop the bleeding, Baskin said.

Kimba will be placed in quarantine for the next 30 days, but Baskin said the tiger was “just acting normal due to the presence of food and the opportunity.” Baskin said Couser did not want Kimba to suffer any consequences for the incident.

UPDATE on Candy from her husband can be found in this article….

The sanctuary was founded by Baskin and Don Lewis in the 1990s and is a prominent animal sanctuary. Lewis disappeared in 1997.

The incident came the same day the U.S. House is to vote on a bill, the Big Cat Public Safety Act, championed by Baskin that would ban handling of big cat cubs and personal possession of them in places such as backyards.

“This sort of tragedy can happen in the blink of an eye and we cannot relax our guard for a second around these dangerous cats,” Baskin said.

Maldonado-Passage was sentenced to 22 years in prison earlier this year for his role in a murder-for-hire plot. He was convicted of trying to hire someone to kill Baskin, who had tried to shut him down, accusing the Oklahoma zoo of abusing animals and selling big cat cubs.

In retaliation, Maldonado-Passage raised questions about Baskin’s former husband, Lewis. The documentary extensively covered Maldonado-Passage’s repeated accusations that Baskin killed her husband and possibly fed him to her tigers. Baskin has not been charged with any crime and has repeatedly released statements refuting the accusations made in the series. 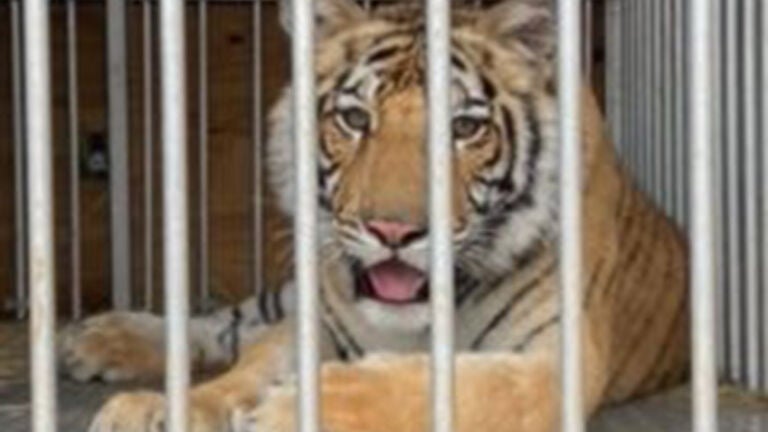