Anthony Quinn Warner was responsible for the Christmas morning explosion that rocked downtown Nashville, officials said Sunday, and he died in the blast.

Investigators matched human remains found at the scene with Warner’s DNA, confirming suspicions that he blew himself up in a recreational vehicle, Tennessee Bureau of Investigation Director David Rausch told reporters. Law enforcers said they were investigating a motive.

Authorities had assembled Saturday at Warner’s home in Antioch, Tenn., about 10 miles southeast of the explosion site. Several neighbors described seeing an RV similar to the one that blew up Friday morning, in the backyard of the Antioch home in the months before the blast.

Warner, 63, was not married and rarely ventured from his home, according to neighbors; he lived for years with his parents and then by himself. He once owned an alarm company, and he protected his home with an array of security cameras, rarely returning a neighborly wave and not responding to an offer of Christmas dinner, neighbors said in interviews.

“To describe him as a recluse would be an excellent word,” said Rick Laude, who has lived near Warner since 2010. “You could wave at him and he was like, What are you waving at me for?”

For some time after his father died in 2011, Warner lived with his mother, Betty Christine Lane, before moving into a nearby house, neighbors said. Lane could not be reached for comment.

In November, Warner transferred his property to a Los Angeles woman for “$0,” according to property records of a quit claim deed. The woman said in a brief telephone interview that the FBI told her not to discuss the matter and declined comment.

At one time, Warner ran an alarm company, according to his cousin, who runs a haunted-house attraction about a mile from Warner’s home. “He was into phones and electronics” like his father, Robert Warner said of his cousin.

Steve Schmoldt, whose property is on the other side of the fence from Warner’s residence, said Warner had “always just been kind of a loner.” Schmoldt said that Warner used to have dogs, and that they talked about pets, but that such conversations were rare. He recalled how his wife brought Warner a Christmas dinner, but Warner never answered the door.

Three weeks ago, Schmoldt said, he saw Warner climbing an extension ladder to work on a large antenna on his house. “He was like an IT guy,” Schmoldt said, referring to information technology. “He has quite a few security cameras around his house.” Neighbors also noticed that Warner washed the RV, which until recent days they had not seen leave the property.

A Nashville real estate firm, Fridrich & Clark Realty, confirmed that Warner worked there as a computer consultant for about 15 years before announcing his retirement this month. “The Tony Warner we knew is a nice person who never exhibited any behavior which was less than professional,” co-owner Steve Fridrich wrote in a statement.

The RV that detonated was parked in front of the AT&T building in downtown Nashville on Friday. The blast devastated the surrounding area and damaged more than 40 businesses and caused widespread disruptions to cellular and Internet service.

By midday Sunday, AT&T said in a statement that more than 75% of the cell sites affected by the explosion had been restored. “Mobility service in the Birmingham and Huntsville, Alabama areas is now operating normally,” the company said.

While the motive remains unknown to the public, the location of the attack is worrisome, especially considering how widespread disruptions were, Frank Figliuzzi, a former assistant director of counterintelligence at the FBI, said on CBS News’s “Face the Nation.”

“I think this is a wake-up call and a warning for all of us about how vulnerable our infrastructure is relatively easy it is for a single individual to do this,” Figliuzzi said.

Experts on critical infrastructure said the Christmas morning episode makes clear that federal and local authorities and the private sector ought to find ways to reduce their vulnerability, either through moving key pieces to more fortified locations or building in redundancies.

“We are very vulnerable to these kinds of attacks,” said Adam Rose, a professor at the University of Southern California and director of the Center for Risk and Economic Analysis of Terrorism Events. He added that the United States has limited options to build resiliency in today’s highly interconnected world, underscoring the need for customers to have their own backup communications systems, such as a home fiber-optic Internet connection in addition to a personal hot spot.

Officers who evacuated buildings before the blast described the moments after arriving at the scene and leading up to the RV explosion.

There was a strange recorded warning, which started to play a 15-minute countdown, coming from the RV. Officers started knocking on doors, contacting dispatch to get access codes to buildings, clearing them floor by floor, warning residents that answered to gather family members and leave.

“That’s stuff that I’ll never forget, the sound of the announcement saying . . . ‘Evacuate now,’ ” said Amanda Topping, one of five officers who spoke to reporters at a news conference. “Just odd. And I’m pacing back and forth because I kept on having to turn pedestrians around.”

The RV began to play music – officer Tyler Luellen told reporters that he later learned it was “Downtown” by Petula Clark. The officers prepared themselves, some going back to their cars for heavier gear.

“As I’m getting ready to walk toward [other officers], walking back toward the RV . . . I literally hear God tell me to turn around and check on Topping, who was by herself,” Officer James Wells said. “As I turn around – for me it felt like I only took three steps, the music stops. As I’m walking back toward Topping, I just see orange and I hear a loud boom. I’m just telling myself, stay on your feet, stay alive.”

Tennessee officials have called for federal support in the wake of the bombing. Sen. Marsha Blackburn, R-Tenn., said on Twitter that she had spoken with President Donald Trump about the need for federal aid.

“I told him we would appreciate prompt attention to it,” she said in a video message. “And the president has been so good to Tennessee, I have no doubt he will move quickly on this.”

Tennessee Gov. Bill Lee, a Republican, asked Trump on Saturday for federal assistance in response to the explosion, noting that the downed communication systems and damage to businesses were too much for the state to handle alone. Sens. Lamar Alexander, R-Tenn., and Blackburn along with Rep. Jim Cooper, D-Tenn., wrote to Trump in support of Lee’s request.

Nashville Mayor John Cooper during a CBS News interview referred to the area affected by the explosion as “part of our historic identity of Nashville, this kind of late Victorian streetscape that ended up being bombed.”

“The businesses there, they’ve just – going through covid, they’ve had the worst nine months that you could have as a business,” said Cooper, a Democrat. “And then now to be affected by a bombing. Of course, we’re going to need help and we may need some help in hardening our infrastructure.” 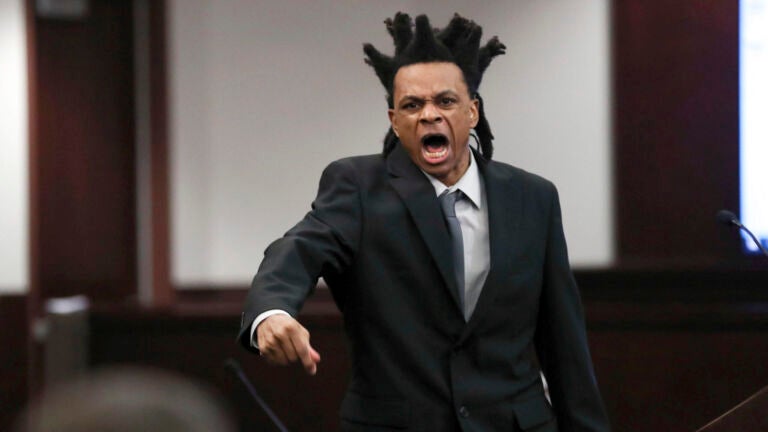