A significant delay in coronavirus vaccinations is putting pressure on public-health leaders to explain the slow progress while hospitalizations continue to set records as the nation heads into the new year.

Although officials projected that the United States would be able to vaccinate 20 million people by the end of December, the Centers for Disease Control and Prevention reports that 11.4 million doses have been sent to states and only about 2.1 million people have received the vaccine’s first dose with three days until the month’s end.

Gustave Perna, who oversees vaccine distribution for the Trump administration’s Operation Warp Speed, apologized earlier this month for a “miscommunication” that caused states to receive many fewer doses of the Pfizer-BioNTech vaccine than they had expected.

Questioned Tuesday about the pace of vaccinations, Anthony Fauci, the nation’s top infectious-diseases expert, acknowledged the lag and said he was cautiously optimistic that vaccinations would pick up momentum to reach previously projected levels.

“Not being responsible myself for the rollout, I can’t personally guarantee that we’re going to catch up. I hope we do,” Fauci, director of the National Institute of Allergy and Infectious Diseases, said on CNN. ” . . . The people who are responsible for it are really on it. The question is, are they going to be able to get back to the pace that we set early on.”

Despite the vaccines’ slow rollout, Vice President-elect Kamala Harris on Tuesday became the latest high-profile politician to receive a first dose, following Biden and Vice President Mike Pence earlier this month. Scores of government leaders have been among the first to be inoculated in what they frame as an effort to build trust in the vaccines, as many health-care workers waiting for their own doses express frustration.

While health officials face criticism for the pace of vaccinations, coronavirus-related hospitalizations are hovering around 118,000, the highest seven-day average since the virus was first reported in the United States in January. New cases are currently averaging around 200,000 per day, while the deaths continue to spike, having reached a record 3,406 – higher than the number of fatalities in the Sept. 11 attacks – on Dec. 17.

Officials have expressed concern that holiday travel could fuel an even greater surge of infections, straining the capacities of already struggling health-care systems. In his CNN interview, Fauci urged people who have recently traveled to avoid gathering with people outside their households.

“That’s what we’re concerned about – that in addition to the surge, we’re going to have an increase superimposed on that surge, which could make January even worse than December,” Fauci said.

The nation’s “out of control” level of infections, he added, makes it difficult for local health officials to effectively trace the contacts of infected people and isolate those who have the virus. The CDC has implored Americans to stay home on New Year’s Eve, usually one of the most popular days of the year to gather at bars, and celebrate only with their households or virtually with family and friends.

The ambiguity around the pace of vaccinations leaves open the question of when cases, deaths and hospitalizations will begin to noticeably decline. Gabor Kelen, an emergency-medicine professor at Johns Hopkins University, told Bloomberg on Monday that he expected “serious relief” would come at the end of March, while former Food and Drug Administration commissioner Scott Gottlieb predicted cases would sharply decrease in the spring, leading to a “quiet” spring and summer.

For now, Gottlieb said the pandemic’s U.S. hot spots are the coastal states of California, Massachusetts, New Jersey, New York and Florida. Infections in those states appear to have peaked and, in some cases, begun to decline.

“States that were later to get hard hit are still going to have to go through some level of increased spread before they start to see their peak,” Gottlieb said Tuesday on CNBC’s “Squawk Box.”

Across the Atlantic Ocean from most of the hardest-hit states, the first person in the world to receive the Pfizer-BioNTech vaccine outside of a clinical trial received the inoculation’s second dose on Tuesday – a symbolic victory amid a worsening crush of infections in the United Kingdom. Cases per capita there have increased by 15% in the past week, placing the nation among the virus’s global hot spots.

New coronavirus variants first discovered in the United Kingdom and South Africa continue to be detected in more nations in Asia and Europe, according to the BBC. The mutations appear to be more transmissible than the original, but infectious-disease experts have expressed confidence that the vaccines will be effective against the new variants. 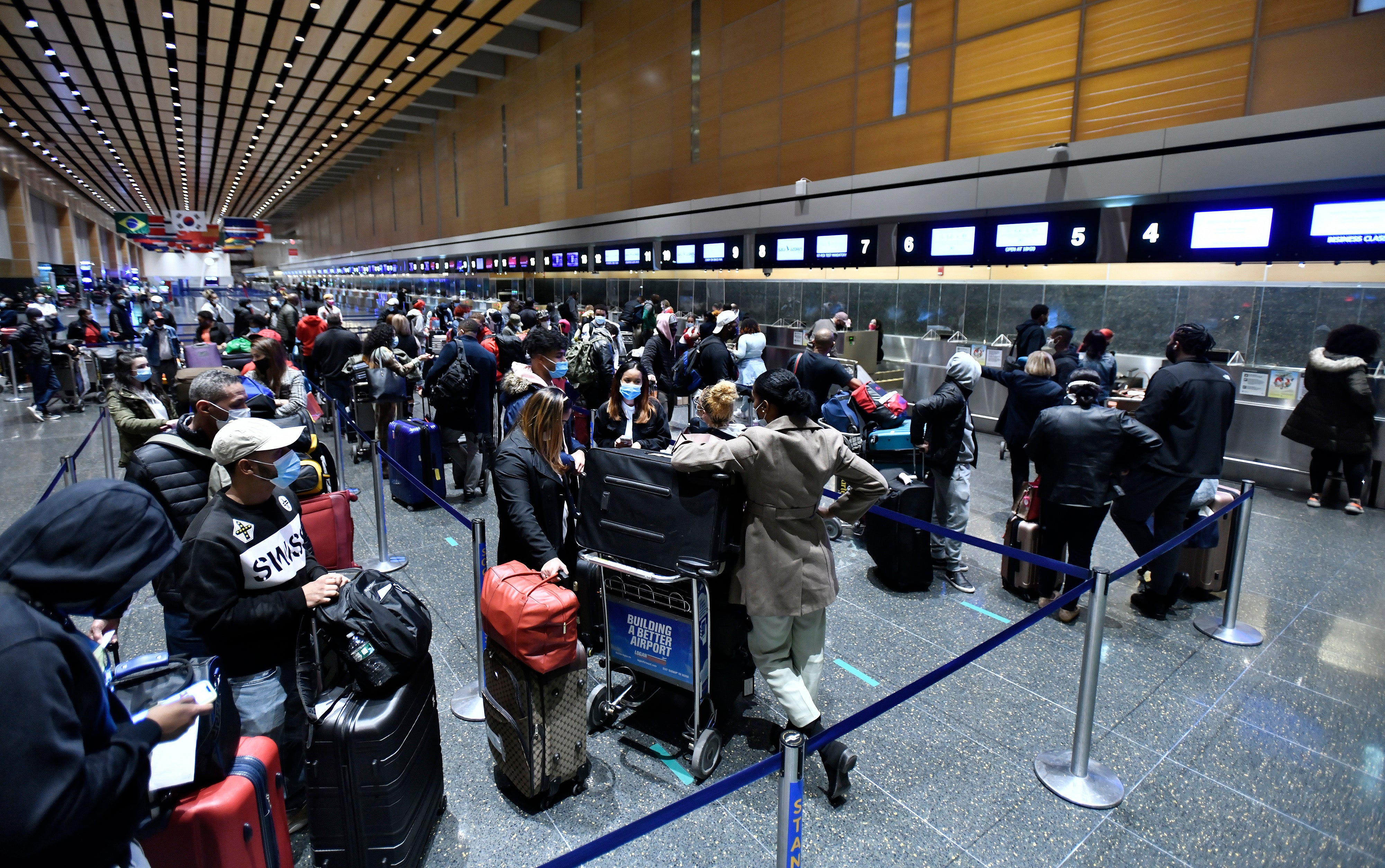 People with coronavirus are still getting on planes. No one knows how many.