GRAND CHUTE, Wis. (AP) — A teenager charged in a fatal shooting at a shopping mall in eastern Wisconsin has been extradited from Iowa, where he was arrested days after the slaying.

Law enforcement officers traveled to Iowa on Friday to pick up Dezman Ellis, 17, who was arrested in Des Moines a day earlier. Online records show Ellis was booked into the Outagamie County Jail in Appleton late Friday night. Ellis waived his right to an extradition hearing in Iowa.

Ellis is accused of killing Jovanni Frausto, 19, at the Fox River Mall in Grand Chute on Jan. 31 during an argument over a girl. A bystander was wounded, and the shooting forced people to shelter in place inside the suburban Appleton mall.

It was not immediately known if Ellis has an attorney who can speak on his behalf.

Ellis was with his girlfriend, who used to date Frausto, according to the criminal complaint. Their friends told police that Ellis and Frausto started to argue and were threatening to beat each other up, prosecutors said.

Prosecutors said Ellis pulled out a gun and shot Frausto, who later died. A bystander, 20-year-old Colt Lemmers, was shot in the hip.

Ellis fled the mall in a car with friends, authorities said.

Grand Chute is a town of about 22,000 people on the outskirts of Appleton, about 100 miles (160 kilometers) north of Milwaukee. 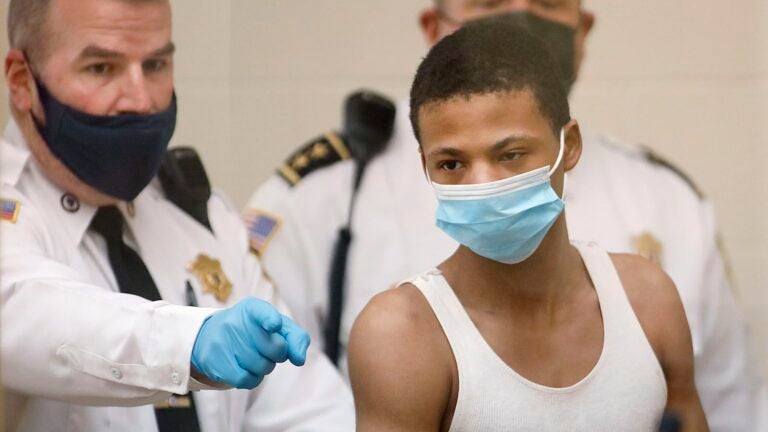