A 26-year-old Michigan man died Saturday after he was hit with shrapnel from “a small cannon type device” that exploded when it was fired in celebration at a baby shower, the Michigan State Police said.

The man, Evan Thomas Silva, a guest at the party, was about 10 to 15 feet from the device when it blew up in the backyard of a home. Metal shrapnel hit Silva, three parked cars and the garage where the shower was being held, the police said.

Silva was taken to Hurley Medical Center in Flint, Michigan, where he died from his injuries, police said.

No charges have been filed and the authorities are still piecing together how the celebratory event turned deadly, according to Lt. Liz Rich, a police spokesperson.

The night Silva died, he was among the guests in Gaines Township, Michigan, near Flint, attending a baby shower — not a gender reveal party — Rich said. The party was taking place at the home of a family friend of the couple being honored, she said. Only four or five people were in the backyard of the home around 7:30 p.m., when the cannon exploded.

The state police, Michigan State Police Bomb Squad and the Gaines Township Fire Department were among the authorities that responded to the scene, the police said.

Investigators are focusing their attention on whether the device was used properly or malfunctioned, Rich said.

In a news release, the police said the device “was similar to a signal cannon, more commonly used now as a novelty item.”

The homeowner bought the cannon at an auction and fired it “several times” beforehand, the police said in a statement. It was “designed to create a big flash, a loud noise and create smoke.” However, the device was not intended to reveal “a color” similar to explosive devices used at gender reveal parties, Rich said.

Those explosive devices, which have been linked to at least two deaths since 2019 and a pair of major wildfires, have grown in popularity with people seeking to announce news about their pregnancies on image-driven social media sites like Facebook and Instagram.

Rich said that even in states like Michigan, where fireworks are legal, explosive devices can present obvious risks.

“The problem with things like this is when you use gunpowder and you’re using some sort of device without regular inspections on them, you may not see a hairline fracture in that device,” she said.

The device may not have been used properly, Rich said. “There may have been too much gunpowder in there — that’s what our bomb squad suspects, that that’s the reason the entire thing exploded,” she said.

In describing the device, she said “it almost looked homemade.” 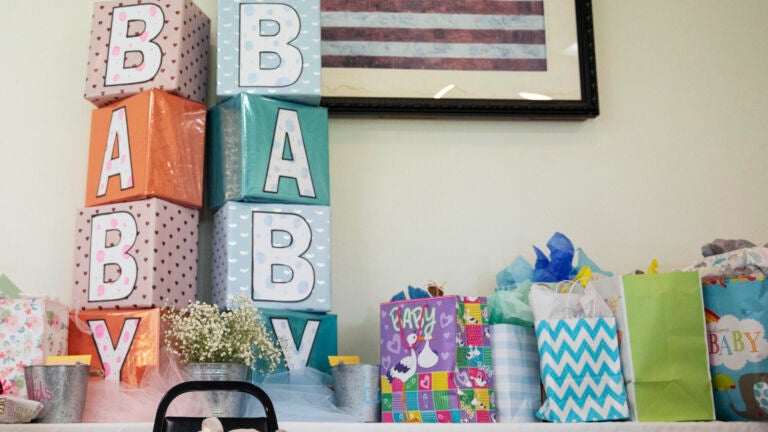 A fight about gifts broke out at a Pennsylvania baby shower. The expectant father shot 3 guests, police say.