David Hogg isn’t getting much sleep.

The 20-year-old March for Our Lives co-founder and Parkland shooting survivor has plenty of pillows. He has been testing various kinds over the past four days.

But Hogg’s days are packed, cramming meetings and homework into the early morning and night hours, the Harvard University student said, as he is attempting to create a pillow company to compete against MyPillow, which is led by staunch Trump supporter Mike Lindell. The idea for the company, first tweeted as a joke by Hogg’s partner, software developer William LeGate, is becoming increasingly firm: The pair announced the name of their company, Good Pillow, on Tuesday night. Yet many aspects of the company are not fully formed and critics have thrown a wet blanket on the plan.

“This is a really weird timeline,” Hogg said in an interview. “We’re in a global pandemic, I’m in college online because of that, and I’m starting a pillow company as my second start-up all before I can even legally drink.”

LeGate not only first tweeted the idea; he’s funding the venture, he said.

“I’m converting my bitcoin to pillows,” he said. “It’s either going to be the dumbest thing I’ve ever done or the smartest thing, so we’ll see.”

The infant company born from a tweet is the latest “David vs. Goliath” tale to capture the eye of social media: Last month, amateur traders organized mainly on Reddit to “squeeze” hedge funds that had used short sales to bet on the decline of the stock of video game retailer GameStop, sending the market into a frenzy. The trading mania did not end well for all, as some novice investors settled for heavy losses.

Hogg, who said he identifies with the “rebelliousness” of the GameStop investors, said he has greater ambitions for his company. He said the duo is the antithesis of Lindell, who has seen his personal wealth skyrocket since founding MyPillow.

Lindell, who has become one of the most recognizable of Trump’s fervent followers, was banned from Twitter and had his product dropped by Kohl’s, Bed Bath & Beyond, Wayfair and other retailers. He now faces a potential lawsuit from Dominion Voting Systems, whose lawyers have accused him of making “false and conspiratorial” claims.

Lindell was unbothered by the threat of competition with his multimillion-dollar business.

“Good for David Hogg trying to make a pillow,” Lindell said in a phone call Tuesday. “As long as he doesn’t infringe on people’s patents, good for him.”

Lindell declined to comment further about “anything else but machine election fraud.”

After sharing memes about the idea on Twitter for the past week, Hogg and LeGate are now formally committing in a statement announcing their name to a list of progressive promises, including employing unionized manufacturers and allocating a percentage of profits to charitable organizations chosen by their customers.

Hogg and LeGate applied to create a limited liability company in Delaware, according to filings reviewed by The Washington Post.

In the same virtual space the clownery-turned-company was created, it has fueled farcical discourse about pillows, the venture and Lindell.

“I am starting a Libertarian pillow company,” comedian Billy Eichner tweeted. “It’s good to have options.”

LeGate’s initial tweet about forming the company suggested he would create “a MyPillow competitor with better made pillows.”

A representative for MyPillow referred The Post to Lindell’s baseless two-hour “documentary” that presents a false theory that the election was rigged against Trump. The video, which originally aired on One America News with a mammoth disclaimer Friday, violated YouTube’s presidential election integrity policy and was removed from the video-sharing platform, according to Ivy Choi, a YouTube spokeswoman.

In their first week of the “pillow fight,” Hogg and LeGate have upset others aside from Lindell: Critics argue that the partners in their 20s are rushing to market with little understanding of how to run a business. In a series of tweets, LeGate feuded with left-wing activist and Twitter influencer Jordan Uhl about the difference between unions and worker cooperatives, which are owned and self-managed by the workers. Other users tried buying website domains for possible names of the company before Hogg and LeGate could.

“There are very vocal people on social media who may not be the most positive,” Hogg said, “but I think, in some instances, it can provide a sense of accountability.”

The pair have also used crowdsourcing for ideas, asking followers what pillows they like and what color their pillowcases are. Through tweets, Hogg announced members of an advisory board, including Pulse Nightclub survivor Brandon Wolf, civil rights activist Nadine Smith and Project Lincoln committee member David Weissman. They promised that the company will also have a celebrity-studded “influencer network” but have not yet released names of those involved.

The virtual outreach has also spurred concerns for the young founders. Hogg and LeGate worry about overpromising online something that is not deliverable in reality, Hogg said. Hogg had suggested hiring formerly incarcerated people and veterans, but that might not happen if the company uses a manufacturer with an existing workforce.

According to LeGate, the pair has only met in person once – they got to know each other through March for Our Lives, a student-led demonstration in support of gun control legislation.

While working remotely, both are trying to navigate launching a pillow company amid other challenges. For one, Sunday marks three years since the shooting that left 17 dead at Marjory Stoneman Douglas High School. Hogg and LeGate said in their Friday statement that they plan to “put our heads down” for a “blackout period” out of respect for victims of the school shooting.

The pause will also allow the pair to figure out details that have not yet been ironed out, including what their product is.

LeGate, 26, is solely funding the project with more than mere mattress money – he committed $100,000, he said – after he stepped down Monday from his role as CEO of PredIQt, a decentralized prediction market and a subsidiary of Everipedia, to focus on the pillow company, he said.

Like Hogg, LeGate hasn’t gotten much rest in the past week either, he said.

“There’s a million different things to do, and a lot of people don’t think this is still a real thing even though it is,” LeGate said. “That just motivates us more to make this successful and show the world that you don’t need to treat your workers like crap in order to run a successful viable company.” 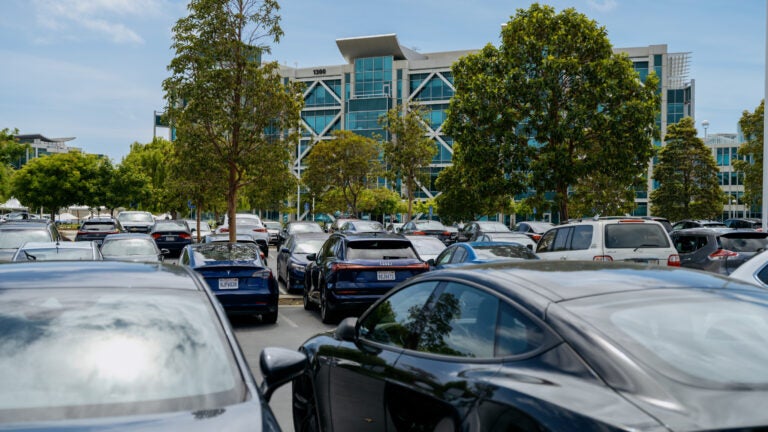 What bosses lost in the fight against empty offices: leverage