WASHINGTON – President Joe Biden has agreed to narrow eligibility for a new round of $1,400 stimulus payments in his $1.9 trillion coronavirus relief bill, under pressure from moderate Senate Democrats who’ve pushed for more “targeted” spending in the bill.

Under the new structure, the checks would phase out faster for those at higher income levels, compared to the way the direct payments were structured in Biden’s initial proposal and the version of the bill passed by the House on Saturday.

The changes were confirmed by a Democratic aide who spoke on the condition of anonymity to describe internal deliberations.

The change comes as the Senate prepares to take an initial procedural vote to move forward on the bill as early as Wednesday afternoon. Biden and Senate Democratic leaders are scrambling to keep their caucus united since they can’t lose a single Democrat in the 50-50 Senate with Republicans united against the legislation.

Liberal lawmakers have said they will oppose changes to narrow the criteria on the stimulus payments. “Further ‘targeting’ or ‘tightening’ eligibility means taking survival checks away from millions of families who got them last time,” said Rep. Pramila Jayapal, D-Wash., chair of the Congressional Progressive Caucus, earlier this week. “That’s bad policy and bad politics too.”

Sen. Jeanne Shaheen, D-N.H., was among those who had called for changing the eligibility levels for checks, telling reporters this week: “I think we could drop it below the $200,000 and still get households that really need it.”

She said she would hope to redirect the savings from that change toward other needs, such as hospitals.

Narrowing eligibility for the stimulus checks was just one change moderates like Shaheen and Joe Manchin, D-W.Va., had been seeking. Several were also eyeing changing the structure of federal unemployment benefits in the bill, to keep them at $300 — their current level — rather than raise them to $400 as proposed by Biden and passed by the House.

That change will not be adopted by Senate Democrats, the aide said.

Centrist Senate Democrats had initially pushed for more aggressive restrictions on the stimulus payments. Senior Democratic officials had at one point considered dropping the full benefit for those making more than $50,000 per year, a change they ultimately abandoned after a backlash led by Senate Finance Chair Ron Wyden, D-Ore., and Senate Budget Chair Bernie Sanders, I-Vt. 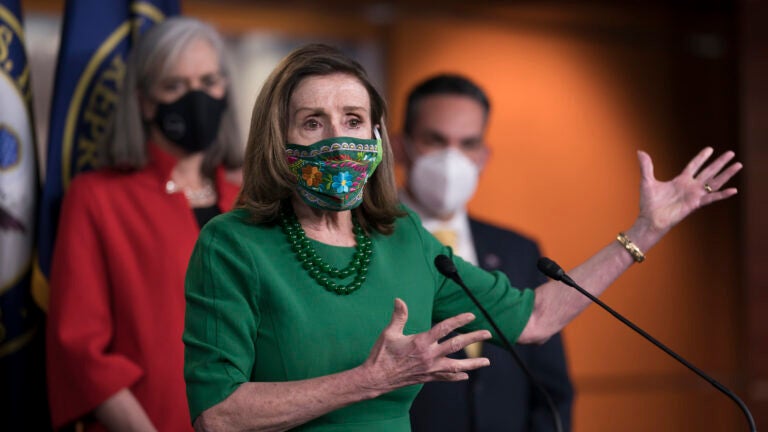