In a major policy revision intended to encourage more schools to welcome students back full time, the Centers for Disease Control and Prevention said on Friday that elementary school students and some middle and high school students could be spaced 3 feet apart in classrooms, as long as everyone was wearing a mask.

Previously, the CDC had recommended that schools keep students 6 feet apart except at the lowest levels of community transmission, a standard that in many districts became a major obstacle to welcoming students back for full-time instruction. In many districts, particularly in Democratic-leaning states, teachers’ unions have used the 6-foot guidance to oppose bringing children back for normal schedules.

On Friday, an array of public health experts, as well as many parents, applauded the new CDC guidance, saying it would provide important support to districts looking to expand in-person teaching. Many experts say that a growing body of research shows that 6 feet is not significantly more protective than 3 feet, as long as other safety measures are in place.

“The reality is that the biggest barrier to getting kids back in school was this question of 3 versus 6 feet,” said Dr. Westyn Branch-Elliman, an infectious-disease specialist at the VA Boston Healthcare System, and an author of a recent paper that found little benefit in maintaining 6 feet of distance provided there was universal mask-wearing.

The new guidance seemed to be having an immediate impact in some places. New York City, the nation’s largest school district, announced on Friday that it would give families another chance to select in-person instruction for their children. The city said that elementary schools, prekindergarten programs and programs for children with complex disabilities would move to 3-foot distancing in April, while it would review distancing rules for middle and high school students.

In Anne Arundel County, Maryland, where schools are just now reopening for students to attend two days a week, the president of the Board of Education said the new guidance would make it easier for the district to achieve the superintendent’s goal of getting students on a four-day-a-week schedule before the end of the year.

“It was a real challenge to be able to bring students back four days with a 6-foot distance requirement,” the board president, Melissa Ellis, said.

She added there had been confusion over whether the previous guidance actually required 6 feet of distance in all circumstances. “Now we no longer need to decipher the guidance because it’s much more clear,” Ellis said.

In Texas, Pedro Martinez, the superintendent of the San Antonio Independent School District, called the new guidance “a game changer.” In weighing when and how to bring more students back to classrooms in his district, he added, “My biggest hesitation has been the social distancing requirements.”

Still, there was ample evidence that the new guidance would not be enough to push some districts, particularly on the West Coast, to return to anything like a normal school week soon. The concerns of teachers’ unions’ seem likely to pressure some districts to delay returning classrooms to greater density.

In Los Angeles, the nation’s second-largest system, district and union leaders agreed this month to allow students to return to classrooms for a mixture of in-person and remote learning starting in April.

The superintendent, Austin Beutner, said the district would not alter its reopening plans in response to the new guidance. Many of the district’s families, who are largely low-income, Black and Latino, have said they will probably continue with all-remote learning.

“Our challenge is convincing families that schools are safe,” Beutner said, “not finding ways to stuff more kids into classrooms.”

In Portland, Oregon, where the city’s public schools have remained fully remote for all but a small number of students, the school board on Thursday overrode requests to wait for the new guidance, approving a reopening agreement with its teachers’ union that locked in the requirement that students and teachers remain 6 feet apart.

Some parents there said they were furious at the school board’s apparent capitulation to the teachers’ union.

Kim McGair, a Portland lawyer whose daughter, a high school freshman, will receive five hours of in-person instruction weekly under the reopening plan, said remote instruction had had “dire” emotional and academic consequences for many students, who now “are out of time and out of options.”

“We have some of the lowest transmission rates in the country, CDC says all of our schools should be open full-time for all grades, 65% of Oregonians favor a return to the classroom — and yet our kids will get a small fraction of the in-person hours they need and deserve,” she said.

There are some circumstances in which 6-foot distancing is still recommended under the new school guidance. Adults must continue to stay 6 feet apart from other adults and from students. The 6-foot rule still applies in common areas of schools like lobbies and auditoriums, any time students are eating or drinking and cannot wear a mask, and during activities that involve more exhalation — like singing, shouting, band practice, sports or any exercise, activities that “should be moved outdoors or to large well-ventilated spaces whenever possible.”

In the case of middle and high schools in areas with high community transmission, students should be taught in distinct groups that stay together throughout the day to limit spread of the virus, or else should continue to be spaced 6 feet apart, according to the guidance.

Roughly 40% of U.S. counties, accounting for roughly half the population, currently have high community transmission, under the CDC’s definition.

The CDC said the guidance was different for middle and high school students because they were more likely to be exposed to the virus and spread it than younger children.

Randi Weingarten, president of the American Federation of Teachers, the nation’s second-largest educators’ union, said in a statement that she would “reserve judgment” on the new guidelines pending further review of research on how the virus behaves in schools, especially those in cities or that are under-resourced. Becky Pringle, president of the largest teachers’ union, the National Education Association, raised similar concerns.

“CDC is committed to leading with science and updating our guidance as new evidence emerges,” Dr. Rochelle Walensky, the director of the CDC, said. “These updated recommendations provide the evidence-based road map to help schools reopen safely, and remain open for in-person instruction.”

“I’ve spoken to the teachers’ unions,” Walensky added. “They know that we need to follow the science and to make our guidance based on that science, and they’ve been very respectful of that.”

The new guidance emphasizes that good air flow and ventilation in school buildings is a critical component of maintaining a safe environment, and continues to stress multiple layers of preventive behaviors including universal masking, hand-washing, cleaning buildings and doing contact tracing, combined with isolation and quarantine.

Overall, the guidelines seemed reasonable, said Justin Lessler, an epidemiologist at Johns Hopkins University. But moving from 6 feet to 3 feet was a judgment call, he said, and he was not convinced the science was settled. “The 3- versus 6-foot question is a thorny one,” he said. “I just don’t think the evidence is really clear either way.”

Other scientists said the guidelines remained cautious, perhaps overly so. There was not clear evidence that high levels of community transmission made in-person schooling riskier, said Dr. Elissa Perkins, the director of emergency medicine infectious disease management at Boston University School of Medicine, and a co-author, with Branch-Elliman, of the paper that questioned the 6-foot guidance.

“I applaud the move to get elementary schools back in person regardless of community transmission,” she said. “And I also understand that there is some hesitancy about applying that to middle and high school students, although I’m not sure that it is fully in keeping with the evidence that we’ve seen.”

Even with the new guidance, many issues relating to how schools will handle their reopenings remain contentious and unresolved.

Although the CDC is continuing to recommend 6 feet of distance when children are eating, the fact that students need to remove their masks at lunch time has raised concerns for educators and their unions. Seattle, for example, is planning to reopen elementary schools in the coming weeks on a half-day schedule that would avoid meal times, giving students less than three hours per day of in-person schooling, only four days per week.

Meanwhile, some districts have kept schools closed one day a week for what is sometimes described as a day of “deep cleaning,” a practice that experts have said has no benefit. In Anne Arundel County, the cleaning day is why the district is aiming to bring students back four days a week this spring, rather than five.

CDC officials relied on the findings of several new studies about viral transmission in schools to rewrite their guidelines. There was the study written by Branch-Elliman, Perkins and colleagues, which looked at school districts in Massachusetts and found no significant difference in the number of infections in school districts that used 3 feet of distancing, when compared with those that required 6 feet.

The Utah study looked at 20 elementary schools and found a low rate of viral transmission associated with schools between Dec. 3 and Jan. 31, despite high infection rates in the community. Most students wore masks, but limited classroom space made it impossible to keep them 6 feet apart, the study said; they were spaced closer to 3 feet apart. 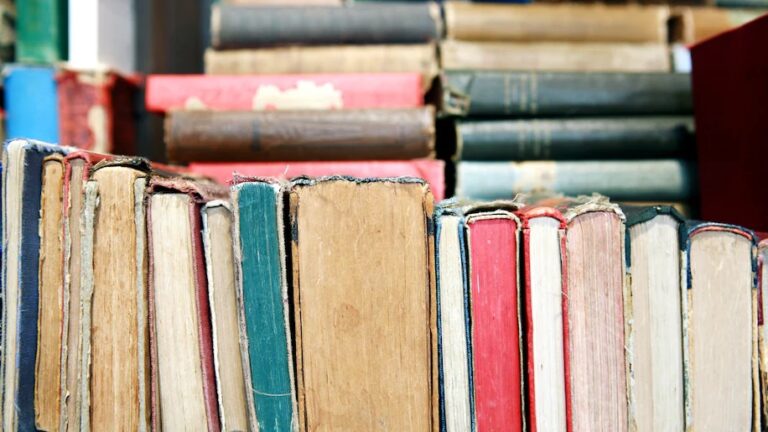