A OK Walker Luxury Autoworks in Peachtree City, Georgia, has built Ford Mustangs for the Clint Eastwood film “Trouble With the Curve” and for an attempt at a world record for land speed, according to its website. Now the high-end car repair shop has acquired another rare distinction: It has been accused of paying a former employee in pennies.

To be precise, that’s 91,500 pennies, adding up to $915 in wages owed — although Andreas Flaten, who was a manager at A OK Walker until last November, has not counted them to make sure he got every last cent. He said his former employer had left him a glimmering mound of pennies at the end of his driveway on March 12 to punish him for quitting and persistently demanding his final paycheck.

Since his girlfriend posted a video of the pennies on Instagram on March 13, he has been attracting the sympathies of thousands of people also navigating strained relations with their employers amid the pandemic.

Miles Walker, the owner of the repair shop, did not respond to a request for comment. He told CBS46 that he couldn’t remember whether he dropped the pennies on his former employee’s driveway. “It doesn’t matter — he got paid, that’s all that matters,” he said.

Flaten said that the foundation of his workplace dispute had to do with his employer’s lack of sensitivity to his need to pick up his child from day care at a certain time. Walker, the owner, recruited him, he said. And he accepted the job because they had an agreement that he could leave at 5 p.m.

That arrangement became even more important during the pandemic, when the child-care facility began closing early. But the promise evaporated, Flaten said. That, and some other unpleasant exchanges, led Flaten to give notice late last year that he was planning to quit, and then to walk off the job even earlier than planned.

Months later, when his final week’s wages still had not arrived, Flaten filed a claim with the U.S. Department of Labor. The agency confirmed that it had contacted the repair shop three times.

Around 7 p.m. on March 12, a video recorded by Flaten’s doorbell camera shows a young man with long wavy hair on his front porch.

“Hey, your money is at the end of the driveway, bud,” says the man, who Flaten said he believed was a current employee of the repair shop.

About an hour later, when Flaten tried to drive to the store, he found his way blocked by a mountain of pennies. Placed amid the foul-smelling coins was an envelope etched with an expression of unmistakable disapproval. Inside he found his pay stub, but no check.

Flaten and his girlfriend, Olivia Oxley, spent the next few hours transporting around 500 pounds of pennies up the slope of his steep driveway into his garage by wheelbarrow. (The weight of the pennies has since caused the wheels to collapse, he said.) His girlfriend posted about their discovery on Instagram, where it captured the imaginations of many. 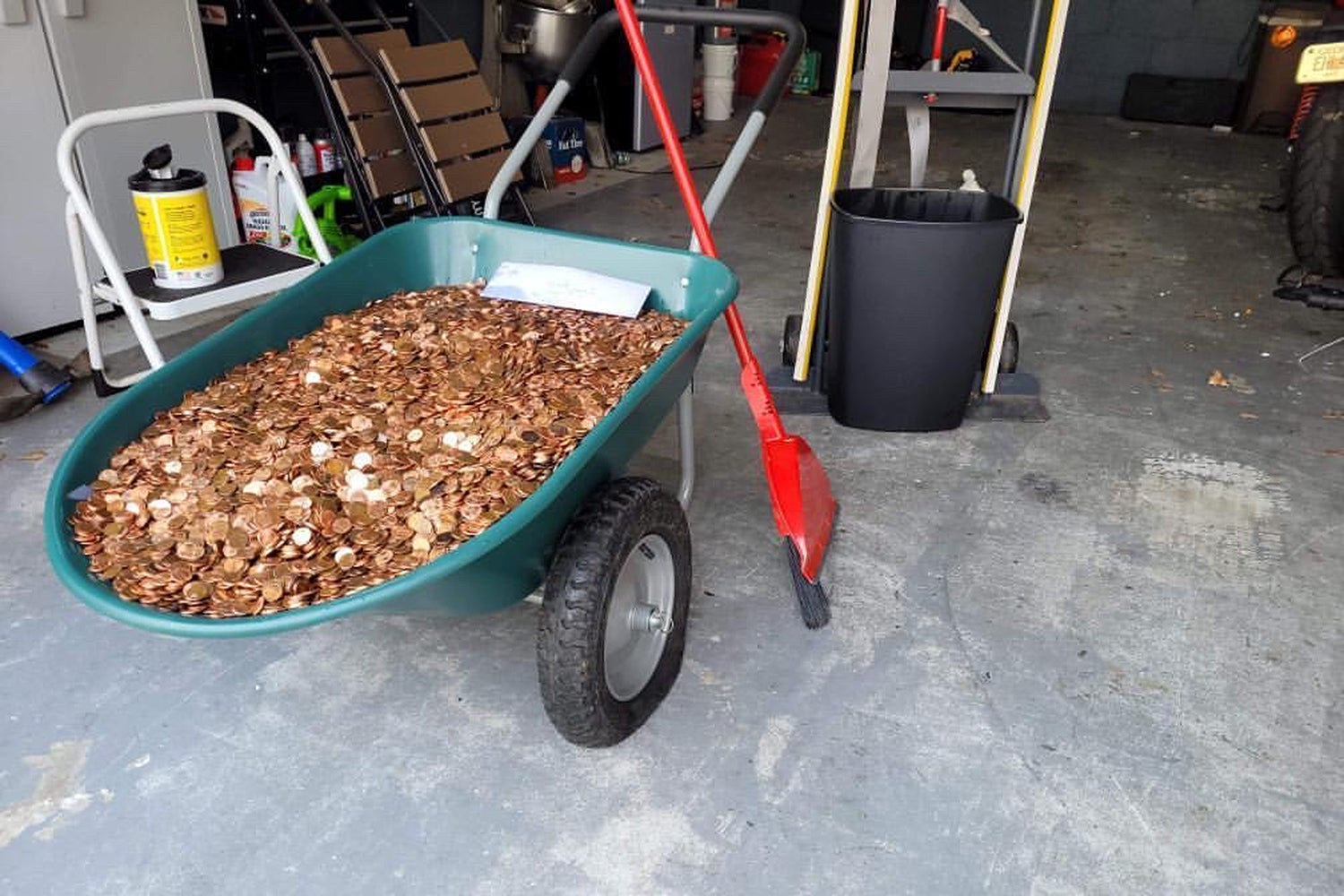 The weight of the pennies has caused the wheels of Mr. Flaten’s wheelbarrow to collapse.Credit…Olivia Oxley

“Now that’s an Oil Change,” wrote one person. Another suggested that because there had been a recent coin shortage, perhaps the pennies were worth more.

Several pointed out that if the pennies were covered in used motor oil, then the former employer had effectively dumped hazardous waste onto the property and urged him to contact an environmental agency. (Flaten, who has a freshwater creek at the bottom of his hill, thought this was smart. The Environmental Protection Division of the Georgia Department of Natural Resources told him “they had never heard of anything like this before.”)

Reflections on the dumping also spilled into the Yelp reviews of the repair shop, where one user wrote: “The owner paid an employee his last check in pennies covered in motor oil. If he does that to his own people he’s probably not worth trusting with your car.”

But back at A OK Walker Luxury Autoworks, the publicity has only helped business, according to a woman who answered the phone there Wednesday afternoon but declined to be identified.

Flaten said that he had spent two hours one night cleaning the pennies so that he might be able to drop them in a coin-sorting machine. He sloshed them around in a giant vat of Dawn dish soap, white vinegar and water. That failed. He has found that to get the greasy solution off, he has to wipe each penny individually. It took him around two hours to get $5 worth of pennies cleaned.

He has thought about filing a lawsuit, but he knows that what happened may not be technically illegal.

Asked in an email message if it was legal to pay an employee in dirty, grease-covered pennies, Eric R. Lucero, a spokesman for the U.S. Department of Labor, wrote, “There is nothing in the regulations that dictates in what currency the employee must be paid.” 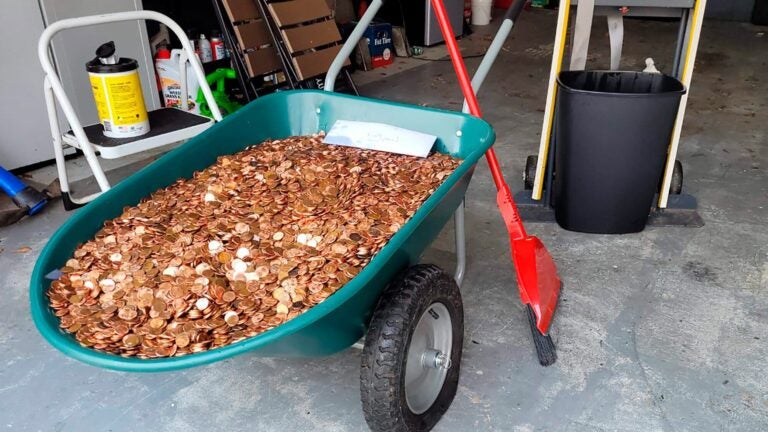