A few days before Christmas, Anthony Fauci will be busy in his kitchen, kneading dough and assembling the rigatoni, marinara sauce, Italian sausage, and two cheeses – ricotta and mozzarella – he needs for his timpano, a caloric creation he bakes annually in what has become a holiday ritual. This year, however, unlike last year, he will have a live audience.

Well, more accurately, he will have his customary live audience. In 2020, years of tradition were disrupted when Fauci’s three adult daughters, grounded in distant cities by the pandemic, could watch him cook only via Zoom. This Christmas, with everyone fully vaccinated, he expects them to fly home to join him and his wife, Christine Grady, for the holiday and watch his culinary wizardry in person.

They also will return to Fauci’s sister’s house in Alexandria, Va., for Christmas dinner, resuming that annual tradition, too, “if we can move around together, and everyone is vaccinated,” says Fauci, director of the National Institute of Allergy and Infectious Diseases and the country’s most visible pandemic authority.

“Last Christmas week was the most unusual in my memory. I didn’t have all the people around me who are such an important part of my Christmas season,” he says. “Over the last 30 years, my three daughters have always been here. I’m looking forward with great anticipation to the possibility they will be here with me this year.”

The nation remains a long way from life as it was before. Public health officials still advise people to mask up, wash their hands and social distance. Vaccinations are underway, but uncertainties persist, including whether the vaccines protect against infection as well as disease, and whether they work against emerging variants. Also, no one knows yet if enough Americans will get the shots for the nation to reach herd immunity, considered critical to ending the pandemic.

Nevertheless, as newly vaccinated Americans begin taking the first tentative steps toward normalcy, thinking about the future and resuming old and new pleasures has become an irresistible pastime, even for public health officials.

“We may be in the public eye, but we’re all dreaming about the same things,” says Rochelle Walensky, director of the Centers for Disease Control and Prevention. “I want to hug my family. I want to hug my kids. My last dinner out was March 6, 2020, and I am salivating for the next one. Zoom may be wonderful, but I prefer three dimensions to two dimensions.”

She and her husband have three sons, the older two now away at college. They don’t come home often because of the complicated coronavirus precautions – quarantining and testing – involved.

“My middle son graduated from high school last June – from our living room,” she says. “He pressed his cap and gown, put them on, sat down in our living room, and ‘graduated’ on Zoom before our nuclear family. We took graduation pictures in the backyard, selfies, because we couldn’t have a photographer come.” She laughs, recalling that he joked, “This is everything I dreamed it would be.”

The youngest, still at home, will graduate next year and repeatedly asks his mother whether he, like his older brother, will have the ceremony from the family living room.

“I hope by then we will be back to the ‘pomp and circumstance’ that every graduation should have,” she says.

For the vaccinated, life already has started to improve. Even the most mundane trips, such as medical appointments, have become welcome events.

“I never thought I’d look forward to putting my breasts in a vise, but there you are,” says Constance Benson, professor of medicine in the Division of Infectious Diseases and Global Public Health at the University of California at San Diego, who hopes to book a long overdue mammogram. She also plans to have her dentist repair a cracked tooth, “so I no longer look like I’ve fallen flat on my face when I smile during Zoom calls,” she says.

Walensky says she hopes for a drop in her blood pressure once her sons get their shots. (Her oncologist husband received his vaccine before she got hers, she says.) “I just worry,” she says. “My blood pressure has gone up a couple of points because of that worry. I will feel better when all of my loved ones are fully vaccinated.”

Vaccinations also are allowing people to honor missed holidays, albeit, for some, belatedly. For Benson and her husband, Robert T. Schooley, also a UC San Diego infectious-diseases specialist, New Year’s Eve arrived in March. Every year – except this past year – they and two other couples have celebrated together at a national park. Recently, fully vaccinated, they gathered at Saguaro National Park, home of the West’s giant cactuses, where they went hiking and popped the corks on several bottles of cold champagne.

“Since we couldn’t watch the ball drop, we just had a suitable New Year’s Eve dinner together, and sang ‘Auld Lang Syne,’ ” Benson says.

Schooley adds, “I’m sure there’s probably a culture somewhere that celebrates New Year’s at the end of March.” (He turned out to be right. The Persian New Year, known as Nowruz, was March 20.)

Others, however, are making summer travel plans.

Helene Gayle, president and CEO of the Chicago Community Trust, an epidemiologist who spent 20 years at the CDC, looks forward to her annual sibling vacation to the Chautauqua Institution’s summer ideas and culture festival in western New York, a trip they had to cancel last summer.

“By summer, all four of my siblings and their children – all adults – will have been vaccinated, but some of their children may not be because the vaccine may still not be approved for younger children,” she says. “So instead of having large houses with multiple families together, we may rent smaller homes with families with younger children in their own homes.”

Later this summer, Schooley and Benson also may go east to meet up with their two adult daughters and their families. Last fall, they drove cross-country with their dog for a visit, although no one was vaccinated, which “was anxiety producing,” Schooley says.

This year, the grown-ups are immunized, although the grandchildren aren’t. They will take precautions when around the children, and this time they will fly.

“I wouldn’t have flown then, but I’d fly now,” Schooley says.

The question of flying is still under debate. The CDC recommends keeping family get-togethers local for now to reduce risk. Fauci still doesn’t fly, but he says it is mostly because he cannot leave Washington right now.

By summer, Schooley predicts more people will be boarding airplanes. “I think by then, we will have most of the country vaccinated,” he says.

Some experts believe it is probably okay to fly, even now, but with care, including wearing masks.

“Planes have good ventilation,” says Angela Rasmussen, a virologist at Georgetown University’s Center for Global Health Science and Security. “It’s the acts associated with travel – the getting to the airport and being in the airport, not the travel itself – that are high risk.”

Monica Gandhi, professor of medicine at the University of California at San Francisco, who is fully vaccinated, flew to Salt Lake City this month to visit her vaccinated parents and celebrate her mother’s 80th birthday.

“I had zero qualms,” she says. “Of course, I wore a mask.” Now, she says, “I’m doing everything society will let me do.”

Fauci says the only change in his personal life since vaccination has been getting together indoors, unmasked and un-distanced, with his vaccinated next-door neighbors, close friends, instead of restricting them to his back deck, masked and six feet apart. It’s safe for immunized people to be physically close again, he says. “If you are fully vaccinated, you don’t have to worry about anything,” he says.

Walensky says she happily agrees. In Washington recently to testify before Congress, she finally got to embrace her vaccinated mother – who lives in the Washington area – for the first time in months.

“Just to be able to give her a hug was huge,” she says.

But experts still worry about certain activities. Walensky says she is eager to get back to the gym, but she cannot say when it will happen. Some experts say they still consider gyms risky.

“I am still wary about gyms,” says William Schaffner, professor of preventive medicine at Vanderbilt University. “There is so much deep breathing in gyms, which aren’t always well ventilated, and people take their masks off. Vaccination reduces your risk profoundly, but it’s not a suit of armor.”

Gayle has begun venturing to places she avoided earlier, such as grocery stores, museums and beauty salons. She looks forward to treating herself to a pedicure and foot massage, because they are “distanced,” but isn’t yet ready for a manicure. She also plans to tour the new immersive Vincent van Gogh exhibit, now in Chicago.

“Other museums have reopened in Chicago and, because these are large open spaces and they are limiting the number of people, I feel safe starting to go to museums,” she says.

Most indoor activities such as concerts and sporting events are still off- limits in most places, and Fauci says he has no idea whether they will open by fall.

“We can’t predict that far in advance because there are so many moving parts,” he says. “There is the possibility of surges due to variants, which is why we are concerned when states decide to pull back on their restrictions.”

But if vaccinated employees want to leave their virtual workspace for the real thing this fall, they probably can safely commute by public transportation to get there, “assuming vaccinations continue to roll out well and that no killer variants show up,” Schaffner says.

By summer, Fauci says he believes “we’ll be where [President Biden] said we will be,” referring in part to Biden’s promise that Americans will be gathering for small Independence Day backyard cookouts. “It depends on how well we do in maintaining public health measures and continuing the vaccine program. It’s possible that vaccine hesitancy won’t allow us to get enough people vaccinated.”

Overcoming that hesitancy is necessary to reach the herd immunity that will get us closer to normalcy, the experts stress. “It really is up to us,” Walensky says. “It’s in our control, but requires most people to want it.”

To understand herd immunity, Gandhi suggests imagining a field of white sheep. Each time a sheep is vaccinated, it turns pink. Once there are numerous pink sheep blocking it, “the virus can’t find two white sheep standing together, and can’t pass from one sheep to another,” she says. “It will stop circulating because it doesn’t have anywhere to go. It dies. You can still have a few white sheep, just as long as they’re not standing next to each other.”

In recent months, David Satcher has been speaking to reluctant groups and their leaders, such as ministers, about the need to get vaccinated.

“Of all our medical interventions, vaccines are probably the safest,” says Satcher, who served as CDC director during the Bill Clinton administration. “This virus is more dangerous than any vaccine. People are dying and these are preventable deaths. That is my message.”

Until then, people should regard immunization as more of an extra insurance policy than a “get-out-of-jail-free” card, Gayle says.

“There are things I do now with more confidence and less worry,” she says. “This is more like a dimmer that will be turned up over time, rather than an on-and-off switch. As more people are vaccinated, I will feel more comfortable doing more things that include social interaction.”

As will many of us, Rasmussen says. “We will not be living like this forever,” she says. “Vaccination is your ticket to getting back to a normal life.” 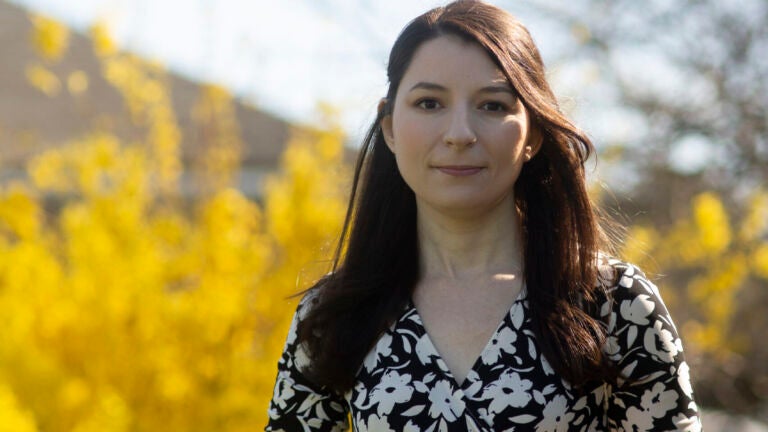