All it takes is luck and a dream, and a 38-year-old billionaire.

Jared Isaacman, an entrepreneur and philanthropist, announced Tuesday the names of the final two passengers who will accompany him on a three-day rocket ride circling the Earth.

By purchasing the ride from SpaceX — the company started by another billionaire, Elon Musk — Isaacman and his passengers will be the first to orbit the planet without the presence of a professional astronaut from NASA or other space agency.

The lucky recipients? Sian Proctor, 51, a community college professor from Tempe, Arizona, and Christopher Sembroski, 41, of Everett, Washington, who works on data engineering for Lockheed Martin. Both are lifelong space enthusiasts.

“The stars really aligned for us in terms of this group,” said Isaacman, who announced the purchase of the trip Feb. 1.

The capsule and its occupants will circle Earth at an altitude of 335 miles, about 80 miles higher than the orbit of the International Space Station. The launch date, originally planned for October, may be as soon as Sept. 15, Isaacman said.

In planning the mission, Isaacman had several goals.

He said that he wanted to give nonbillionaires a chance to hitch a ride. And he wanted to raise money for St. Jude Children’s Research Hospital in Memphis, Tennessee, which treats children for cancer and other diseases at no charge, including a raffle for one of the Crew Dragon seats. Isaacman also said that he hoped this space crew would be more diverse than who has gone to space in the past, mostly white men.

He seems to have succeeded.

Last month, Isaacman and St. Jude announced that one seat would go to Hayley Arceneaux, a former patient of St. Jude, who now works as a physician assistant there. Arceneaux, 29, will be the youngest American ever to go to space and the first person with a prosthetic body part. (During her treatment for bone cancer, part of the bones in her left leg were replaced by metal rods.)

Proctor, who is African American and holds a doctorate in science education, got on board by winning a contest sponsored by Isaacman’s company, Shift4 Payments. Contestants used the company’s software to design an online store and then tweeted videos describing their entrepreneurial and space dreams. (Using the software, Proctor has started selling her space-related artwork, and in her video, she reads a poem that she wrote.)

Proctor had come close to becoming an astronaut the old-fashioned way. She said that in 2009, she was among 47 finalists whom NASA selected from 3,500 applications. The space agency chose nine new astronauts that year. Proctor was not one of them.

She applied twice more and was not even among the finalists. When NASA announced last year another round of applications, Proctor passed.

“I said, ‘No,’ because I just feel like that door has closed,” she said. “But I was really hopeful that in my lifetime, maybe commercial space would be available for me. I never in a million years would have imagined it would come just like that and so quickly.”

She has had practice. In 2013, Proctor was one of six people who lived for four months in a small building on the side of a Hawaiian volcano, part of a NASA-financed experience to study the isolation and stresses of a long trip to Mars.

Sembroski said he heard about Isaacman’s mission, called Inspiration4, from a commercial during this year’s Super Bowl.

“That was just kind of intriguing,” he said. “And so, it’s like, ‘All right, I’ll donate to St. Jude and throw my name in the hat to see what happens.’”

Sembroski said he thought he donated $50, but he did not win the sweepstakes, which helped raise $13 million for St. Jude. A friend, though, ending up winning — an old college buddy from Embry-Riddle Aeronautical University in Florida. The friend, who remains anonymous, decided not to go to space but, knowing about Sembroski’s enthusiasm, transferred the prize to him.

Sembroski learned that he had won the Crew Dragon seat through a video call with Isaacman and his friend.

Sembroski was “very reserved at first,” Isaacman said. “He was almost in like a state of shock.”

During college, Sembroski had worked as a counselor at Space Camp, an educational program in Huntsville, Alabama, that offers children and families a taste of what life as an astronaut is like. He also volunteered for ProSpace, a nonprofit advocacy group that pushed to open space to more people.

Sembroski described himself as “that guy behind the scenes, that’s really helping other people accomplish their goals and to take center stage,” and he finds it hard now to be in the spotlight.

“Everybody’s doing that for me this time,” he said. “And that is a completely different and unique experience.”

A couple of days after learning the news, Proctor and Sembroski accompanied Isaacman to Los Angeles to visit the headquarters of SpaceX and undergo health evaluations at the University of California, Los Angeles.

On Tuesday, after the formal announcement at the Kennedy Space Center, the four crew members will head to Philadelphia to be spun around a giant centrifuge, simulating the strong forces they will experience during launch and reentry into the atmosphere.

Their training at SpaceX in California will be similar to that of NASA astronauts riding SpaceX rockets. At the end of April, Isaacman also plans to take them for three days of camping on Mount Rainier in Washington.

He said that in the future, he hopes spaceflight becomes more commonplace and turns “into planning a trip to Europe or something.” 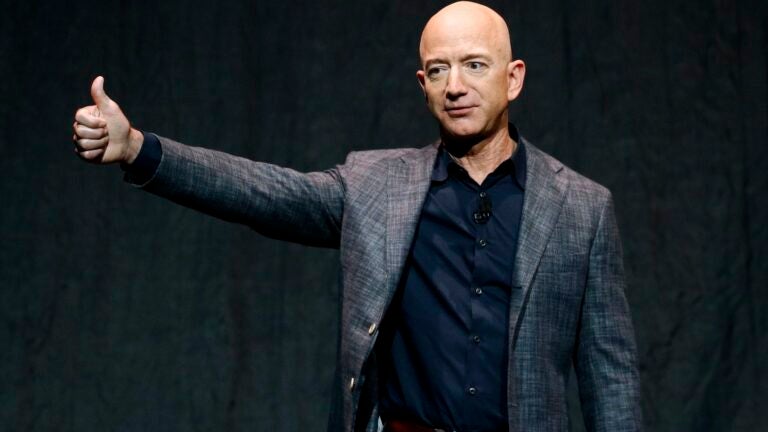