A North Texas school district said this week that it had disciplined a group of students at a predominantly white school who had assigned prices to students of color in a Snapchat group message called “Slave Trade.”

Messages sent by students at the high school in Aledo, Texas, about 20 miles west of Fort Worth, said one student was worth “100 bucks” while another was worth $1 — a price that “would be better if his hair wasn’t so bad,” according to a photo of the group chat seen by The New York Times.

The group message was called “Slave Trade,” with emojis of a police officer aiming a gun at a Black farmer. Its name was changed at least twice after that to include a racial slur, first followed by “farm,” and later by “auction.”

A note sent to parents last week by Carolyn Ansley, the principal of the Daniel Ninth Grade Campus of the Aledo Independent School District, described the messages as “an incident of cyberbullying and harassment,” adding that the “racially charged language” violated the district’s policies and code of conduct.

But some parents were critical of Ansley for not explicitly calling the contents of the group message racist. In a Facebook post on Sunday, a man who said he had removed his children from the school district before the episode criticized the school for using the term cyberbullying rather than “calling it what it is, racism and hate.”

Aledo is an affluent and “overwhelmingly white” community, said Eddie Burnett, president of the Parker County branch of the NAACP. According to the district’s most recent demographic information, 390 of the 499 ninth graders at the school during the 2019-20 academic year were white; six were Black.

Burnett said on Wednesday that the group message was “not completely surprising,” but that he was “upset that we’re still dealing with this kind of thing in 2021.”

“In order to do what these kids did, you had to have already dehumanized your targets,” he said. “That made it comfortable for you to treat them that way.”

Burnett said he had spoken with some of the families involved who said that “there have been a number of incidents” regarding racial harassment in the past, though “maybe not to this level.”

In a statement on Monday, the superintendent, Susan K. Bohn, said “there is no room for racism or hatred” in the school district, adding that after the district learned of the group message more than two weeks ago, it “launched an immediate and thorough investigation that involved law enforcement.”

After the investigation, the district found that “racial harassment and cyberbullying had occurred,” and it “assigned disciplinary consequences,” Bohn said.

Bohn said in the statement that the district would “continue to take action to ensure students, staff and parents in our community understand the negative impact of racism.”

“We want our students of color to understand that they are loved and supported in Aledo ISD,” she said.

Burnett said that he was planning to speak at a school board meeting on Thursday evening to encourage the school to emphasize diversity and sensitivity lessons in its curriculum and to hire a diverse staff.

There were no Black teachers at the Daniel Ninth Grade Campus during the 2019-20 school year, according to the school district. About 92% of the teachers at the campus that year were white, and nearly 8% identified as Hispanic. 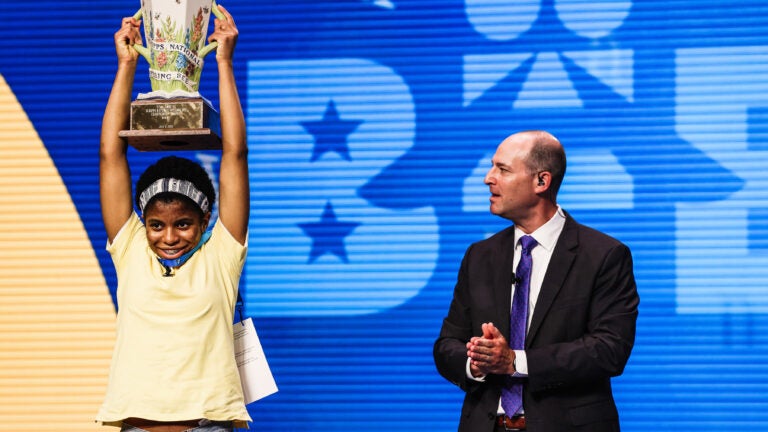 Behind Zaila Avant-garde’s win, a history of struggle for Black spellers