INDIANAPOLIS — Brandon Hole, the 19-year-old man who the police say fatally shot eight people at a FedEx facility Thursday night, legally purchased two semi-automatic rifles he used in the attack just a few months after the police seized a shotgun from him, the chief of the Indianapolis Metropolitan Police Department said Saturday.

In March 2020, the police seized a shotgun from Hole after his mother raised concerns about his mental state, records show. But, Chief Randal Taylor said, the fact that Hole was legally able to make the more recent gun purchases indicated that — despite his mother’s warning and the police seizure of a gun — the authorities had not deemed him subject to Indiana’s so-called red flag law, which bars people from possessing a firearm if they are found by a judge to present a dangerous risk.

The revelation came as Indianapolis mourned the deaths of workers at the sprawling FedEx facility near the edge of city limits. The deaths, and the gunshot wounds sustained by at least seven others during a shift change on a chilly night, jolted a nation where mass killings have become commonplace.

At least four of the victims were members of the Sikh community, and the attack renewed the fears among American Sikhs, who have over the years been accosted for wearing turbans and attacked in a house of worship.

“The shock wave went through the entire Sikh community,” said Kanwal Prakash Singh, who has watched the Indianapolis-area Sikh population grow from a handful of individuals to thousands since he arrived in the late 1960s. “Why would a 19-year-old,” he asked, “do that to these innocent people?”

The family of Hole, who was said to be a former worker at the facility, released a statement Saturday that apologized to the victims and said, “We tried to get him the help he needed.” He killed himself after the attack, the authorities said. They have not said whether hate or bias might have played a role in the attack.

Under Indiana’s red flag law, the authorities have two weeks after taking someone’s weapon to argue before a judge that the person is unstable and should be barred from possessing a gun for a period of time. Taylor said he was unsure whether a hearing like that ever took place in the case of Hole, although the police never returned the shotgun they had seized last year.

“I don’t know how we held onto it,” Taylor said in an interview Saturday night. “But it’s good that we did.”

However, the chief added, Hole went on to “legally purchase a much more powerful weapon than a shotgun.” On Saturday night, the Police Department announced that the two assault-style rifles that Hole used in Thursday’s attack were bought in July and September 2020.

Those purchases, the chief suggested, would have been possible only if a red flag determination had never been made. Red flag laws, which exist in more than a dozen states, moved to the center of the national conversation about gun regulation after a massacre at a Florida high school in 2018.

It remains uncertain whether a judge ruled against a red flag determination in Hole’s case or whether prosecutors took his case before a judge at all.

The Marion County Prosecutor’s Office did not respond to questions about whether they pursued a red flag ruling against Hole. A search of online court records did not reveal any such case associated with his name.

Under Indiana’s law, a person is considered dangerous if he “presents an imminent risk” to himself or others, or if he fits certain other criteria, including a documented propensity for violent conduct.

The seizure of weapons under these laws is often temporary. If the judge decides the person is so unstable they should not be permitted to have guns, the seizure stands and the person is unable to possess a firearm for a period of months.

As vigils took place Saturday across Indianapolis, flags atop the Indiana Statehouse were at half-staff. In the parking lot of a Baptist church on the city’s west side, activists whose families had been affected by gun violence gathered to express their support. And for the Sikh community, which has grown in numbers in Central Indiana in recent decades, the size of the losses were overwhelming.

Members of the Sikh community still recall the painful aftermath of Sept. 11, 2001, when, in a wave of anti-Muslim sentiment, some Americans also targeted Sikhs with taunts of “Go home” or “Osama bin Laden.” And Sikhs continue to mourn the killing of six people by a white supremacist at a Wisconsin temple in 2012.

“We don’t know whether this was targeted or a coincidence,” said Dr. Sukhwinder Singh, 29, a leader at his gurdwara, or Sikh temple, southeast of Indianapolis. “We are all so numb. This is something that will take weeks to process.”

At Sikh temples across Indianapolis, members gathered Saturday to mourn, pray and reflect on the circumstances of the shooting. Many of them described the victims from their community as hard workers, dedicated to their families and committed to their faith, which is known for its tradition of service, including supporting victims of natural disasters and organizing food drives during the coronavirus pandemic.

Many Sikhs were among the 875 employees at FedEx’s 300,000-square foot sorting facility near Indianapolis International Airport where parcels are whisked away into an automated system where they are digitally scanned, weighed and measured, shuttled around by conveyor belt and sorted. A current job posting for package handlers at the facility promises up to $17 per hour.

Jaswinder Singh, a new hire at FedEx who was excited to receive his first paycheck, was a daily presence at a temple in Greenwood, just outside Indianapolis, where he would cut vegetables for temple visitors, mop the floors and serve food. He sometimes stopped by the temple before heading to work.

“He was a simple man,” said Harjap Singh Dillon, whose sister was married to one of Jaswinder Singh’s sons. “He used to pray and meditate a lot, and he did community service.”

John Weisert, who at 74 was the oldest victim, had once been a mechanical engineer and liked to play country and western and bluegrass music on his guitar, said his son, Mike. He had been considering retirement.

“He was hunched and arched over with his back,” Mike Weisert said. “The job was killing him by inches, slowly. His career had been winding down, and some of us were worried.”

Matthew Alexander, 32, had once attended Butler University. He loved to watch St. Louis Cardinals baseball and had worked at FedEx for several years, according to a friend, Ryan Sheets. He had recently bought a home in Avon, an Indianapolis suburb, Sheets said.

“Matt was someone who was the perfect friend,” Sheets said. “Not a jealous bone in his body; he was generous.”

Samaria Blackwell, 19, had worked as a lifeguard and dreamed of becoming a police officer, her parents said.

“On the court or the soccer field, she had a tough game face, but that quickly turned to a smile outside of competition,” Blackwell’s parents said in a statement provided by a family friend. “Samaria loved people, especially those of advanced age. She always found time to invest in the older generation, whether it was by listening or serving.”

Karli Smith, also 19, was a softball player and fan of hip-hop music who graduated from high school last year. “She was the kind of girl that if she saw someone having a bad day, she’d go out of her way to make them smile,” said her brother, Brandon Smith.

Amarjit Sekhon, who had two teenage sons, was a regular at Sikh services, where she prepared lentils and served food to visitors, said Jigna Shah, who got to know Sekhon through their temple. “She was a very sweet person,” Shah said. “She was like an aunt to our family.”

Rimpi Girn said Sekhon, her aunt, had moved to Indiana from Ohio to be closer to family. Sekhon began working at FedEx about six months ago on an overnight shift from 11 p.m. to 11 a.m., Girn said, and had two sons, ages 14 and 19.

“We can’t even think of what to tell him,” Girn said of the younger son. “All of a sudden last night, his mom went to work, and she never came back today.”

Girn also knew Jasvinder Kaur, the mother of her sister-in-law. She said Kaur had planned to make a yogurt recipe that she had perfected for her granddaughter’s second birthday on Saturday and hoped to soon get a driver’s license.

“And today we’re gathering to plan a funeral,” Girn said.

As the Sikh population in Indianapolis grew over the past few decades, as many as 10 temples opened across the city and its suburbs. A Sikh Day parade became part of the city’s social calendar. New community members continued to come to Indiana, some directly from India, but many others from states on the East and West coasts.

Amarjeet Kaur Johal, another of the victims, was a grandmother in her 60s who loved to watch Indian soap operas. The matriarch of her family of 25, she followed that path to Indiana. Like many others in the community, she moved to the United States decades ago to be closer to her children and their families, part of a broader wave of Sikh migration to North America that began in earnest in the 1980s. She lived for a time in California before coming to Indianapolis.

Johal, a FedEx employee for about four years, had worked a half-shift Thursday and was planning to celebrate a relative’s birthday when she got home that night. She was waiting for her car pool outside the building when she was shot, a grandson said.

“We all told her there was no need for her to work,” said Komal Chohan, 25, a granddaughter. “She could stay home and live leisurely, spending time with her grandchildren. But she wanted something of her own, she wanted to work, and she was great at her job. She built a community at FedEx.” 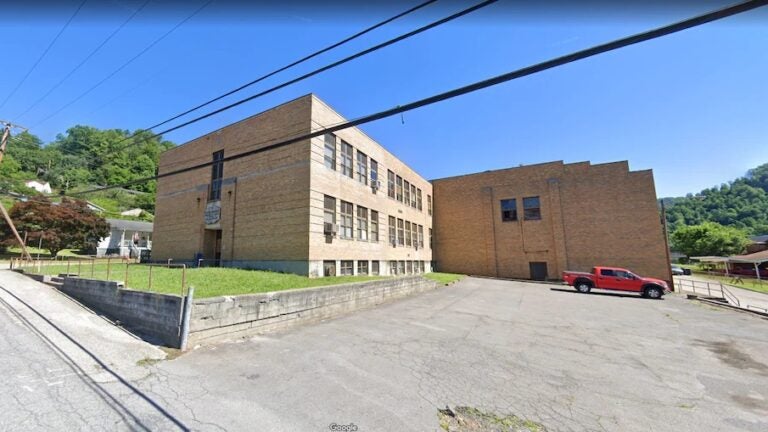