WEST YELLOWSTONE, Mont. (AP) — A Montana backcountry guide has died after he was mauled by a large grizzly bear that was probably defending a nearby moose carcass just outside Yellowstone National Park, officials said Monday.

The male bear was later shot and killed when it charged wildlife workers investigating the attack.

The moose carcass was found about 50 yards (45 meters) from the site of the attack, said Montana Fish, Wildlife and Parks spokesperson Morgan Jacobsen.

Mock, who suffered significant scalp and facial wounds, managed to call 911 after the attack and was found after searchers looked for him for about 50 minutes.

He was transported by toboggan and snowmobile to an ambulance before being taken to a hospital in the small city of Idaho Falls, where he died, according to the sheriff’s office.

Mock was a guide at Backcountry Adventures, which provides snowmobile rentals and tours in Yellowstone National Park and surrounding areas of national forest, according to the company’s Facebook page.

A fundraising website set up on Mock’s behalf following the mauling said he was passionate about the outdoors and a beloved guide for Yellowstone visitors.

Mock when attacked had bear spray — a Mace-like deterrent meant to protect against attacks — but officials said they did not know if he managed to use it. Bear spray canisters have safety tabs to prevent them from going off accidentally and the safety tab on Mock’s bear spray was off, Jacobsen said.

The grizzly was killed Friday after it charged a group of seven game wardens and other personnel as they approached the scene of the attack. Several people fired at the animal and it died about 20 yards (18 meters) from the group, Jacobsen said.

Officials said they are confident the bear that was killed is the one that attacked Mock.

The Yellowstone region of Montana, Idaho and Wyoming has more than 700 bears. Attacks on humans are relatively rare but increased in recent decades as the grizzly population grew.

Grizzlies bears have been federally protected as a threatened species outside Alaska since 1975 after being widely exterminated by trappers and hunters early last century.

Hunting grizzlies is not allowed. But lawmakers from Idaho, Montana and Wyoming are trying to force wildlife officials to lift protections so the bears can be hunted. 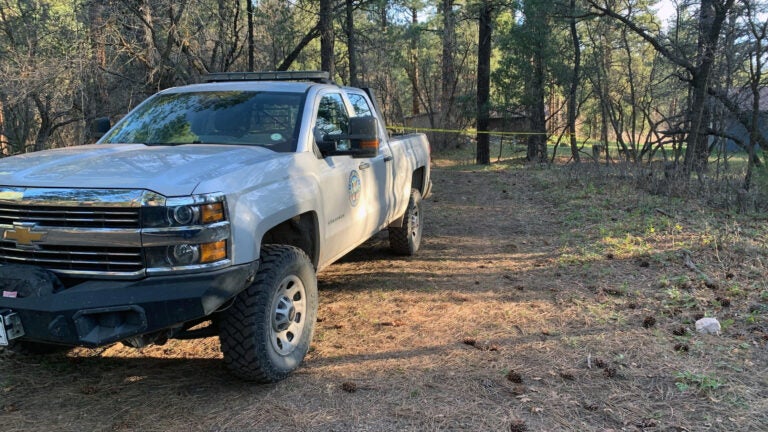