Prosecutors played to emotion as they sketched moments from George Floyd’s life and described his struggle under Chauvin’s knee. Defense attorney Eric Nelson tried to raise doubts about Floyd’s cause of death, and to portray Chauvin as a “reasonable officer.”

Here are some highlights from the closing arguments.

That opening line by prosecutor Steve Schleicher set the stage for his sometimes emotional closing argument, reminding jurors who Floyd was, that others cared for him, and that he died surrounded by strangers, writhing on the ground and repeating “I can’t breathe.”

To Mary Moriarty, former chief public defender for Hennepin County, that opening line was key because “that brought everyone back to why we are all there.”

Schleicher repeatedly told jurors to trust that they saw the life squeezed out of Floyd on bystander video.

“This case is exactly what you thought when you saw it first … You can believe your eyes. … It’s what you felt in your gut. It’s what you now know in your heart. This wasn’t policing. This was murder,” Schleicher said.

But Nelson argued it was not that simple. He used the pandemic-altered courtroom as a prop, describing how cameras and plastic barriers had at times obscured his view of witnesses and jurors.

He said the perspective and perception of each witness was different, depending on when they arrived at the scene, their vantage point and their own life experiences. And he reminded jurors that Chauvin’s actions had to be analyzed from the perspective of a reasonable police officer who had all the information.

Nelson tried to turn around one of the most riveting moments of the trial — when a prosecution witness pinpointed what he said was Floyd’s moment of death.

Dr. Martin Tobin, a lung and critical care specialist, testified that Floyd died about five minutes after he was pinned facedown on the pavement with his hands cuffed behind his back and Chauvin’s knee on his neck.

“You can see his eyes. He’s conscious, and then you see that he isn’t,” Tobin said. “That’s the moment the life goes out of his body.”

Nelson tried to convince jurors that there was more to that moment, saying “at the very precise moment that Mr. Floyd takes his last breath” three things happened: Floyd took his last breath, Chauvin reacted to frantic onlookers by pulling out his Mace and shaking it, and an off-duty fire firefighter who has emergency medical training walked up from behind and startled Chauvin.

The firefighter testified that she wanted to provide medical help or tell officers how to do it.

“All of these facts and circumstances simultaneously occur at a critical moment. And that changed Officer Chauvin’s perception of what was happening,” Nelson said.

CAUSE OF FLOYD’S DEATH

Despite numerous prosecution witnesses who said Floyd died from a lack of oxygen due to the restraint, Nelson told jurors that Floyd’s death was consistent with a sudden heart rhythm problem, and he hammered on his key arguments from trial — that drug use and Floyd’s medical issues played a role.

Schleicher said jurors didn’t have to accept the “amazing coincidence” that Floyd died from heart disease while he was being restrained. Nelson said to “poo poo” all of the other factors was “just really a preposterous notion.”

Nelson misstated the law when he said the state had to convince jurors that the other factors played no role in Floyd’s death. On rebuttal, prosecutor Jerry Blackwell told jurors that the law says prosecutors had to prove only that Chauvin’s actions were a substantial causal factor in his death, not the biggest factor, and that contributing causes do not relieve Chauvin of criminal liability.

Moriarty said she was surprised the state didn’t object to Nelson’s comment, or that Judge Peter Cahill didn’t interrupt and reread the jury instructions.

Blackwell left jurors with these final words: “You were told … that Mr. Floyd died because his heart was too big. … The truth of the matter is that the reason George Floyd is dead is because Mr. Chauvin’s heart was too small.”

It was no surprise that prosecutors played videos during their closing argument to burn into jurors’ minds the image of Chauvin kneeling on Floyd’s neck.

But Nelson also played clips from the bystander video that he said showed Chauvin’s actions were reasonable and from officers’ body camera footage, including an angle that gave jurors Chauvin’s perspective as he arrived on the scene.

Nelson played clips that emphasized Floyd’s size and strength and showed the struggle with officers. At one point, he played a video from a camera across the street, pointing out that the squad car was rocking “back and forth, back and forth” under the force of officers wrestling with Floyd.

Moriarty was surprised that Nelson played so much video. “It was very painful because then people had to hear all over again George Floyd begging for his life,” she said.

Schleicher used the phrase “9 minutes, and 29 seconds” like a drumbeat in his closing to remind jurors of how long Chauvin had his knee on Floyd. He highlighted Floyd’s desperate struggle — using his knuckles, his shoulder, and even his face — to lift himself to draw a breath.

Nelson pointed jurors in a different direction, saying what really mattered was what happened before then.

During an argument that stretched nearly three hours, Nelson returned to the mantra of “reasonable police officer” dozens of times.

Nelson described how Chauvin would have sized Floyd up, recognized that two “rookie officers” were struggling to get him into a squad car, realized that more force was needed and guessed that Floyd was under the influence of drugs or alcohol.

The phrase was a key element at trial because Chauvin was authorized to use force as long as that force would be considered reasonable by an objective officer in the same situation. Jurors were told to examine the evidence from that view rather than from their own perspective, and they couldn’t use hindsight as a factor.

In the end, jurors didn’t buy it.

A 9-YEAR-OLD-GIRL WOULD KNOW BETTER

Prosecutors said Chauvin’s actions were so wrong that even a 9-year-old girl knew better.

Schleicher and Blackwell both mentioned the girl — the younger cousin of the teenager who shot the bystander video that touched off weeks of protests — at every opportunity.

Blackwell showed jurors an image of the girl wearing a shirt that said “Love” as she watched the fatal encounter.

Nelson suggested that Chauvin and other officers thought the bystanders were a threat, describing how “this crowd grew more and more upset.”

“You never underestimate a crowd’s potential because a reasonable police officer has to be aware and alert to his surroundings,” Nelson told jurors.

About 15 onlookers are seen on bystander and police body camera video standing on the sidewalk, shouting at Chauvin to get off of Floyd. Several testified about the trauma of watching Floyd die and the guilt of feeling powerless to intervene.

Blackwell told jurors that the bystanders, whom he called “a bouquet of humanity,” all saw that Floyd was suffering and they wanted to intervene. He said they were torn ”between the sanctity of life and wanting to intervene, and their respect for authority and police officers.”

“If those bystanders did not respect this badge, they could very easily have taken the law into their own hands and simply have removed Mr. Chauvin. … But none of them did that. None of them did that because they respected this badge even if it tore them up inside,” Blackwell said.

COMMON SENSE AS THE 46TH WITNESS

Jurors heard dueling definitions of what common sense should tell them about the case.

Blackwell told jurors to trust their common sense as they sifted through the evidence and testimonies of 45 witnesses, urging them to make it the 46th witness.

“Common sense will continue talking with you all the while, because while you’ve heard hours and hours and hours of discussions here in the closing, ultimately, it really isn’t that complicated,” Blackwell told jurors. 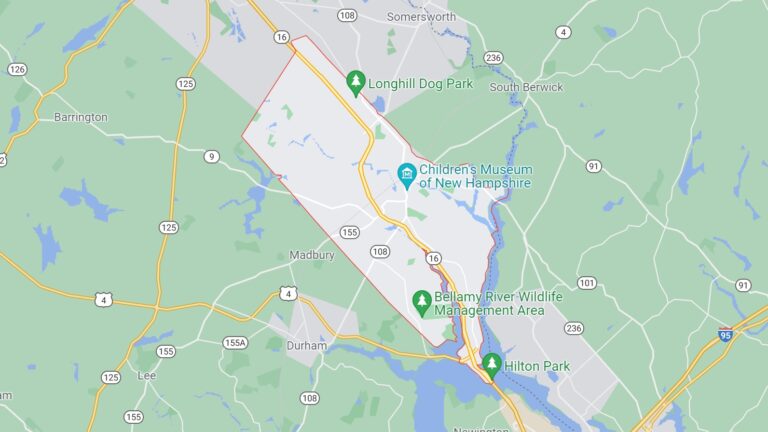