If you or someone in your family has a food allergy, chances are you spend a lot of time reading labels to figure out whether something will trigger an allergic reaction.

If you’re allergic to sesame, it’s more complicated. While federal law since 2004 has required companies to warn people when certain allergens are used to make a product, sesame has not been one of them. That has meant someone with an allergy to sesame couldn’t know for sure whether the foods they bought at the store were safe.

That is changing. On Friday, President Joe Biden signed into law the FASTER Act, which adds sesame to the list of foods that manufacturers must identify on prepackaged labels. Here are some key takeaways:

Sesame becomes the ninth food to be considered a “major allergen.”

The other eight foods — milk, eggs, fish, shellfish, tree nuts, peanuts, wheat, and soybeans — were part of legislation that was signed into law in 2004. That law required manufacturers to indicate on labels when a product was made using any of those eight ingredients, describing them as “major food allergens” because they collectively accounted for “90% of food allergies.”

If something is made using any of those eight products, you can be certain to find it on the label, either within the ingredients list or nearby with a special “contains” warning — “contains wheat,” for example.

The legislation was a breakthrough for people with food allergies. The right words on a label can be the difference between an uneventful lunch and an allergic reaction — including an anaphylactic one, which can be fatal.

But because sesame wasn’t part of the initial law 17 years ago, companies were not required to include it, making it hard to know for sure whether packaged food contains sesame. According to the Food and Drug Administration, in some cases, sesame is described on the label as “spices” or “natural flavors.”

In the years since the 2004 law was passed, studies have found that sesame allergy is more common than was previously known in the United States. Although it’s much less prevalent than peanut allergy, it is comparable with certain tree-nut allergies. Tree nuts were on the original list of major allergens.

Under FASTER Act, sesame will need to be included on labels, just like the other eight allergens.

The ingredient must be listed on labels starting in 2023.

It may be a while before you see the impacts from the FASTER Act. The law gives manufacturers 20 months to make sure any products they’re making that include sesame reflect that on packaging.

Starting Jan. 1, 2023, if food contains sesame, you should see it indicated on the label.

In the meantime, if you or someone in your family is allergic, look for ingredients that could be sesame-based, such as tahini, sesamol and gomasio, according to Food Allergy Research & Education, a nonprofit organization in McLean, Virginia. And continue to keep an eye out for “spices” and “natural flavors,” which could include sesame.

It also helps to be aware of the types of foods that tend to include sesame, including falafel, hummus and certain rices. And sesame oil is a common ingredient in Asian cuisine. But keep in mind that sesame can also be found in chips, cereals, snack bars and a variety of other foods.

The good news is that some companies, such as General Mills and Hershey’s, already include sesame on labels when it’s used as an ingredient.

Still, Lauren Krigbaum is among the parents who is breathing a sigh of relief. Krigbaum’s 2-year-old daughter has five food allergies, including sesame. But until now, sesame had been the only one of her daughter’s allergies that wasn’t part of the federal labeling law.

“When you have a child with food allergies, your life kind of centers around food,” said Krigbaum, a financial aid counselor in Boise, Idaho. “So being able to take a stress out of that is going to be huge.”

The law will also make grocery shopping easier for adults. The 2019 study, as well as previous studies in 2007 and 2008, found that most children don’t outgrow a sesame allergy. And like other allergies, you can develop it as an adult — about 1 in 4 adults who suffer from it developed it after childhood.

Lisa Gable’s inbox has been “overwhelmed” with messages of relief. Gable is the CEO of FARE, which has been pushing for sesame to be added to the list of allergens.

“It was critically important to get this on the label and we’re excited to have it advancing so quickly with bipartisan support,” said Gable.

The new allergen law extends the federal government’s list of “major allergens” to nine foods. But other, less-common allergens can still go into foods without being printed on packaging.

Other countries have longer lists of allergens required for labeling. Canada has a list of 11 foods — including mustard — required for packaging. Australia’s list consists of 10 foods, one of which is lupin, a type of legume. And the United Kingdom mandates that 14 allergens be declared on labels.

When Nili Patel, of Raleigh, North Carolina, heard about the FASTER Act, she was relieved.

“It was like, finally!” said Patel, whose 4-year-old daughter has multiple food allergies, including sesame. “The most frustrating allergen for me is sesame, because it’s hidden.”

Sesame allergies often appear alongside other food allergies, such as peanut, tree nut and egg. Patel’s daughter is also allergic to certain types of legumes that aren’t part of the labeling law. She said she makes “99%” of meals from scratch, including bread, and will continue doing that out of caution.

“I hope that maybe eventually other allergens will make their way into the labeling laws,” said Patel. “Maybe there’s some hope for that.”

But the law opens the door for future food allergy research and policy.

In addition to the sesame requirement, the new law also has broad implications for food allergies. It says the secretary of Health and Human Services must compile a wide-ranging report on food allergies within the next 18 months.

The report should document any work that the federal government does related to a spectrum of food-allergy issues, including research into the prevalence of food allergies, treatment options and possible prevention methods.

It also calls for “a regulatory process and framework” to determine a food as a “major food allergen,” which could open the door for other allergens to be added to the list.

Dr. Ruchi Gupta, a professor of pediatrics at Northwestern Medicine in Chicago, said these sections of the FASTER Act put food allergies on a similar level with other health conditions because it centralizes efforts to monitor food allergies.

“We need to do a deeper dive into what is 10, 11, 12” on the list of top allergens, said Gupta, a senior author of the 2019 study. “And what is potentially on the horizon to be a bigger problem than it is now.” 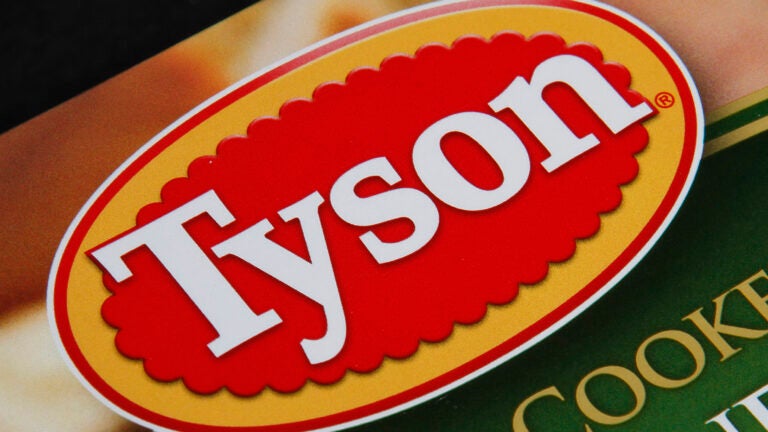