WASHINGTON — Three Georgia men were indicted on federal hate crime charges in connection with the death of Ahmaud Arbery, a 25-year-old Black man who was shot to death while jogging through a south Georgia neighborhood last year, the Justice Department announced on Wednesday.

The deadly encounter helped fuel nationwide racial justice demonstrations last year, and the charges are the most significant hate crimes prosecution so far by the Biden administration, which has made civil rights protections a major priority.

Travis and Gregory McMichael were also charged with one count each of using, carrying and brandishing a firearm. Travis McMichael is accused of shooting Arbery.

The men intimidated Arbery “because of Arbery’s race and color,” the eight-page indictment said.

“As Arbery was running on a public street in the Satilla Shores neighborhood of Brunswick, Georgia, Travis McMichael and Gregory McMichael armed themselves with firearms, got into a truck and chased Arbery through the public streets of the neighborhood while yelling at Arbery, using their truck to cut off his route and threatening him with firearms,” the Justice Department said in a statement.

Bryan, known as Roddie, joined the chase and used his truck to cut off Arbery, the department said. The three men were accused of chasing after Arbery in their trucks in an attempt to detain him against his will.

The federal indictment in the Arbery case marks the third time in a week that the Justice Department has taken a significant step to address allegations of policing abuses around the country. The department also announced broad investigations into the Minneapolis and the Louisville, Kentucky, police departments, which both fired officers last year who had been involved in two of the highest-profile deaths of Black people that spurred widespread protests.

Those investigations were revealed shortly after a former Minneapolis police officer, Derek Chauvin, was convicted of murdering George Floyd, a Black man who died last May. A state investigation in Kentucky into the death of a Black medical worker named Breonna Taylor, who was shot by Louisville police during a botched raid of her home, ended in no charges in her death, only an indictment on a lesser count against one officer.

Taken together, the Justice Department actions indicate that Attorney General Merrick Garland is carrying out his vows to aggressively pursue civil rights matters.

In a meeting this month with civil rights leaders, Garland quoted Martin Luther King Jr. and pledged that the Justice Department would “once again deploy all of its considerable resources to ensure, in the words of King, ‘justice for all people.’”

Wanda Cooper-Jones, Arbery’s mother, said she and her family were grateful to see the indictments. Although the length of time it took to secure the indictment was discouraging, she said, “we never gave up hope.”

“He was killed because of hate. It was initiated by hate,” Cooper-Jones said of her son. “We look at this as one step closer to justice for Ahmaud.”

The killing of Arbery in February 2020 prompted an outcry after news reports and video footage indicated a local prosecutor had wrongly determined that the pursuers had acted within the bounds of Georgia’s citizen’s arrest statute, and that Travis McMichael had shot Arbery in self-defense.

Months after the shooting, video surfaced that seemed to undercut the idea that McMichael acted in self-defense. The video showed Arbery jogging, then coming upon a man standing beside a truck and another man in the pickup bed. After Arbery runs around the truck, shouting is heard and then he reappears, tussling with the man outside the truck. Three shotgun blasts are then fired.

George Barnhill, the district attorney for Georgia’s Waycross Judicial Circuit, later recused himself from the case, and the state took over the investigation.

Jason Sheffield, a lawyer representing Travis McMichael, said the federal indictment “ignored the totality of the evidence” that his team has presented in defense of his client.

“We all want restorative justice in this country, especially in cases like this that highlight the space in between tragedies and laws, and practices that are problematic,” Sheffield said. “Forcing a case into a narrative that simplifies the problem and creates only two choices is fundamentally unfair and wrong.” (BEGIN OPTIONAL TRIM.) Kevin Gough, a lawyer for Bryan, said that his client had “committed no crime,” and that they were disappointed with the federal indictment. “We look forward to a fair and speedy trial, and to the day when Bryan is released and reunited with his family,” Gough said.

A lawyer for Gregory McMichael did not immediately respond to a request for comment.

No date has been set for the state trial. State and federal prosecutors work together to determine when they will try their cases. State prosecutors, who often can bring a broader array of charges, typically go to trial first.

Kimberly Isaza, a spokeswoman for the Cobb County District Attorney’s Office, declined to comment on any effect the federal charges might have on the state’s case.

Garland made clear in a March 30 memo to all employees that prosecuting hate crimes was among the Justice Department’s top priorities, as law enforcement data showed a rise in such episodes.

“We will persist in our efforts to investigate and appropriately prosecute those who attack members of our communities, set fire to places of worship or use the internet to threaten bodily injury to other persons because of their real or perceived protected characteristics,” Garland wrote.

He called for more community outreach and data collection so the department could better understand the nature and extent of hate-based crimes, and he said the department had begun a 30-day review to determine how it could best use its tools to more forcefully combat hate crimes. 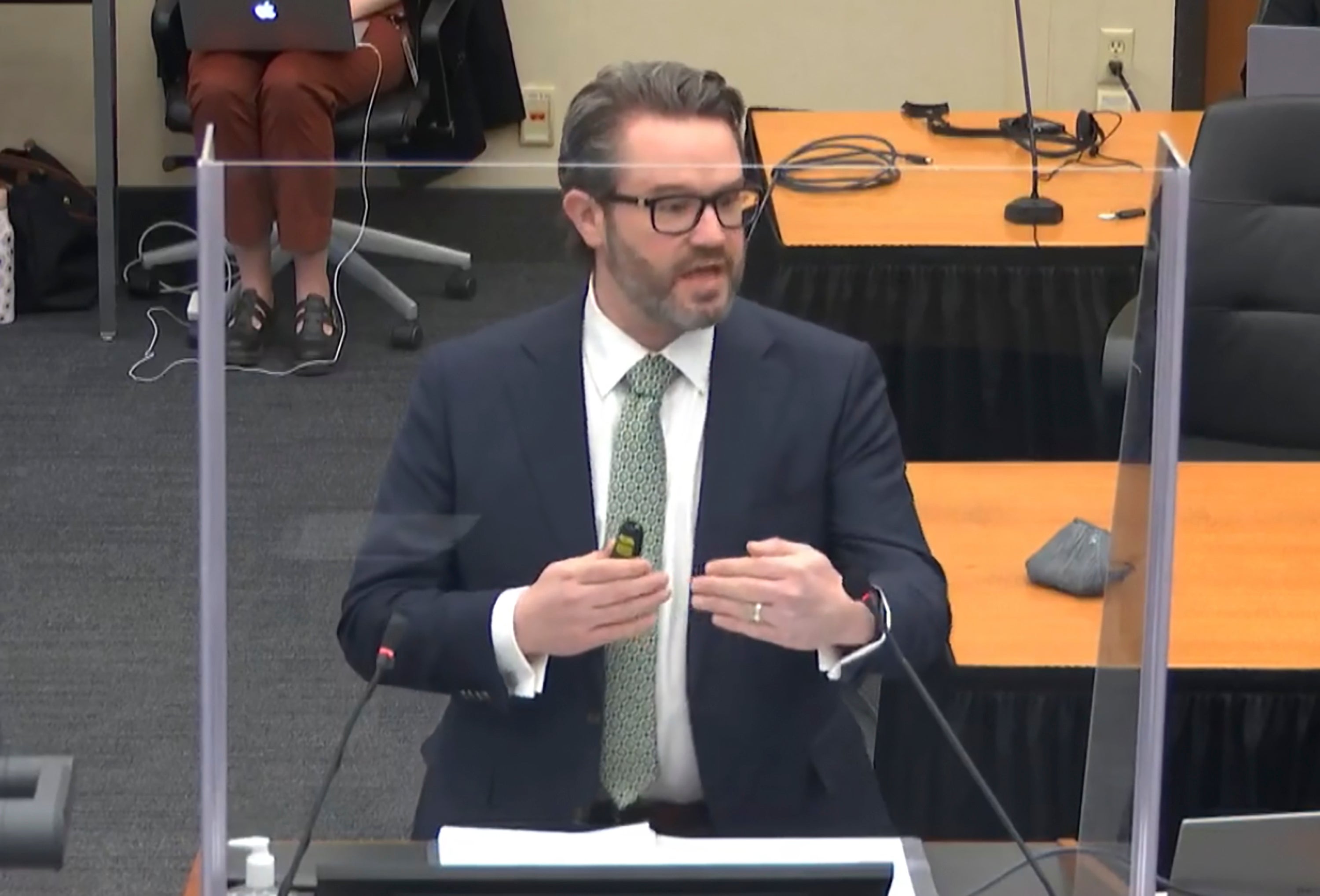