The guided-missile cruiser USS Monterey seized a massive cache of illicit weapons from an intercepted dhow (ship) in the Arabian Sea.

The U.S. Navy has shared photographs of an illicit arms shipment that it said it found aboard an intercepted ship in the Arabian Sea.

The images, taken Saturday, showed thousands of weapons laid out across the rear deck of the USS Monterey, part of the Navy’s 5th Fleet, which is headquartered in Bahrain.

The weapons were found during a routine flag verification check of a stateless dhow traveling in international waters, the Navy said, with members of the USS Monterey’s U.S. Coast Guard Advanced Interdiction Team taking part in the inspection. 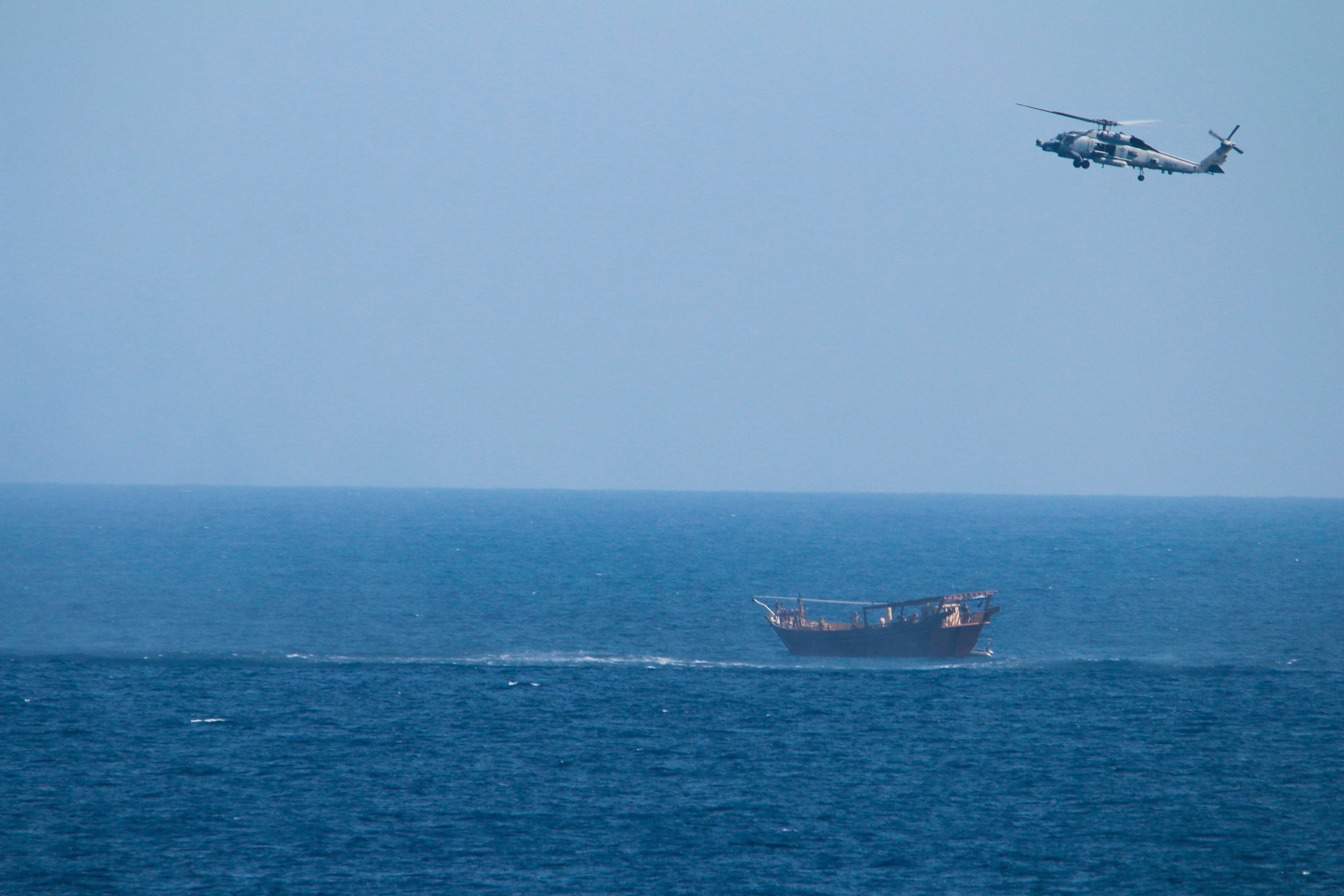 A U.S. Navy Seahawk helicopter flies over a stateless dhow later found to be carrying a hidden arms shipment in the Arabian Sea on May 6, 2021.

The destination for the weapons was not immediately clear. Similar shipments intercepted by the Navy and its allies had been bound for Houthi rebels in Yemen, U.S. officials said.

“That the US Navy seized another shipment of Iranian weapons bound for Yemen should come as no surprise,” Sen. Tom Cotton, R-Ark., tweeted Sunday, referring to a 2013 seizure of Chinese weapons.

A U.N. Security Council resolution in 2015 imposed an arms embargo on the Houthis. The Iranian-backed Shiite rebels have been engaged in a battle for control of Yemen with the internationally recognized government, which is supported by a Saudi-led military coalition.

Iranian representatives to the United Nations in New York and Geneva did not immediately respond to an emailed request for comment.

In the past, Iranian officials have denied allegations that they were exporting weapons to the Houthis.

Last year, after U.N. Secretary General António Guterres said that weapons seized by U.S. forces in November 2019 and February 2020 that were suspected to be intended for attacks on Saudi Arabia were “of Iranian origin,” Iran’s mission to the United Nations told Reuters that there were “serious flaws, inaccuracies and discrepancies” in Guterres’s statement.

The guided-missile cruiser USS Monterey (CG 61) seized an illicit shipment of weapons from a stateless dhow in international waters of the North Arabian Sea on May 6-7, 2021. 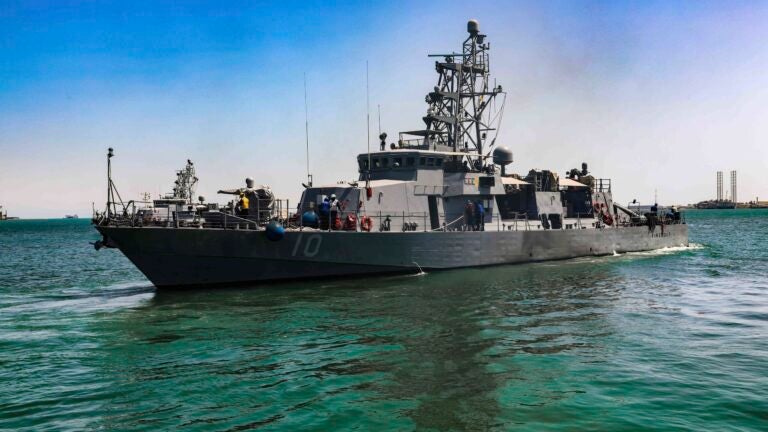