NEW YORK — Do you know the median sales price for a home in Brooklyn?

The question, which was recently posed to eight mayoral candidates by The New York Times editorial board, was not a trick. Brooklyn is a notoriously expensive borough in one of America’s most expensive cities, and New York City’s housing crisis promises to be a major issue in the coming years.

Yet the range of responses given by two of the candidates — off by roughly an order of magnitude — has touched off incredulity among New Yorkers.

“In Brooklyn, huh? I don’t for sure,” Shaun Donovan, who has touted his experience as housing secretary under President Barack Obama and housing commissioner under Mayor Michael Bloomberg, answered. “I would guess it is around $100,000.”

The guess from Raymond J. McGuire, an investment banker and former executive at Citigroup who has sought to woo voters with his financial acumen, included similar numbers.

Eric Adams, the Brooklyn borough president, said he believed the number was about $550,000. Maya Wiley, a former counsel to Mayor Bill de Blasio, guessed $1.8 million. Only Andrew Yang, who has been criticized in the past for seeming out of touch with the city’s issues, guessed correctly: $900,000.

While Donovan and McGuire are not considered among the leading candidates in the race, it was their answers that drew the most attention, with many people suggesting that they did not have a grasp on the problems of working people. As several people pointed out on social media, among the things that can be purchased in Brooklyn for $100,000 or less, according to the website Zillow: a parking space and two vacant lots.

“It’s hard to imagine these men solving a problem they don’t know exists,” said Monica Klein, a political consultant. The Working Families Party, which has endorsed two other candidates, Morales and Wiley, is a client of Klein’s firm, Seneca Strategies.

“If you don’t spend your days refreshing StreetEasy and obsessing over apartments you will never afford, are you really a New Yorker?” Klein asked.

According to a note appended to a transcript of the editorial board’s interview with Donovan, he had sent an email the day after the interview to say that his $100,000 answer referred to the assessed value of homes in Brooklyn, which tends to be much lower than their selling price.

“I really don’t think you can buy a house in Brooklyn today for that little,” he wrote, according to the transcript.

Jeremy Edwards, a spokesperson for Donovan, said Tuesday that Donovan “misinterpreted the question and made a mistake.”

“He had been volunteering on a complex housing assessment lawsuit and just got the numbers mixed up,” Edwards said. “As Shaun says, he is a housing nerd and public servant who has dedicated 30 years of his life to solving the problems of housing affordability and homelessness, and the wrong number slipped out.”

In an emailed response Tuesday, McGuire said he “messed up when accounting for the cost of housing in Brooklyn.”

“I am human,” he said. “But make no mistake, I care deeply about our city’s affordable housing crisis. I know what it’s like not being able to afford a home because it was my own experience. At the heart of my housing plan, which addresses the entire housing spectrum from homelessness to homeownership, are New Yorkers who want leadership that will bring creative, data-driven solutions to housing in New York City.”

Nicole Gelinas, a senior fellow with the Manhattan Institute who is focused on urban economics and infrastructure, said the more inaccurate answers showed “a real sense of being out of touch with what’s going on in the city,” particularly regarding affordability.

“Buying salvaged houses in Bushwick when it was recovering from all of the fires of the 1970s — that was a unique period of time. You’re looking at 35 years or more since you could really buy anything below six figures, never mind seven figures,” she said.

Gelinas said that the candidates’ answers could hurt them politically, particularly as many voters in New York City seem to not be paying attention to the mayoral race and have, according to polls, not decided who they are voting for.

“This is going to be the way that a lot of people are introduced to McGuire and Donovan,” she said. 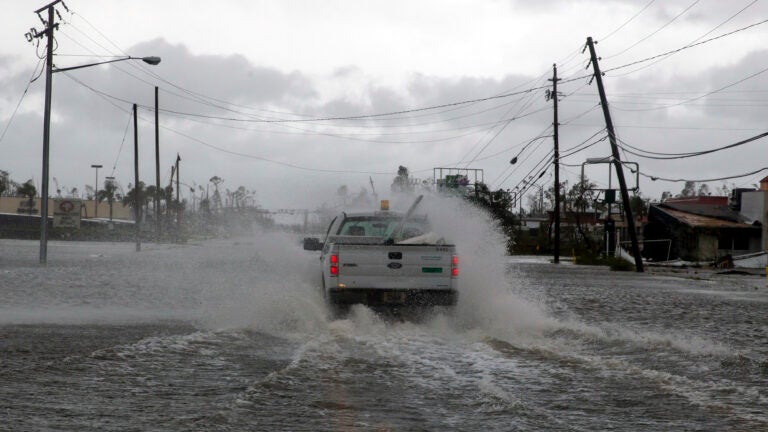 The cost of insuring expensive waterfront homes is about to skyrocket