A Bengal tiger wandered through a residential neighborhood in Houston on Sunday, startling homeowners — at least one of whom drew his gun — and setting off a hunt for a man who drove off with the animal, and who the authorities said had been charged with murder and released on bond in a 2017 killing.

The man, Victor Hugo Cuevas, 26, was taken into custody Monday night and charged with evading arrest, but the whereabouts of the tiger were still unknown, the Houston Police Department said on Twitter.

“Anyone with information on the tiger is urged to contact HPD Major Offenders,” the police said in a tweet.

UPDATE #2: Victor Hugo Cuevas is in custody. The whereabouts of the tiger are not yet known.

Anyone with information on the tiger is urged to contact HPD Major Offenders at 713-308-3100.#hounews https://t.co/TkaAtK45MC

Eyewitness videos taken Sunday show the tiger sprawled on the lawn of a home on Ivy Wall Drive in West Houston.

The tiger, which is classified as an endangered species, then got up and roamed into the street as onlookers took videos of it from a distance, and one off-duty sheriff’s deputy who lives in the neighborhood drew a handgun. Cuevas, who officials said was the tiger’s owner and who had been leasing the home, emerged from the residence to corral the tiger. He kissed it as he led it away, a video shows. A lawyer for Cuevas said Monday that he was not the tiger’s owner.

When the police arrived, Cuevas was in a Jeep Cherokee with the tiger, according to the authorities, who said the driver got away after a brief pursuit.

Obviously, if you see a Cherokee with a big tiger in it, it would be good to call us,” Ronald Borza, a commander with the Houston Police Department, said at a news conference Monday afternoon before Cuevas was taken into custody.

Borza said that a city ordinance bars Houston residents from owning tigers, and that a violation is a misdemeanor.

The authorities warned that incidents like the one that happened Sunday could have deadly consequences — both for people and for the exotic animals that are banned.

“You never know when that animal is going to turn on you,” Borza said. “We had plenty of neighbors out here with guns.”

An arrest warrant shows that Cuevas is charged with murder in a July 2017 fatal shooting of a man in the parking lot of a sushi restaurant in Richmond, Texas.

Cuevas, of Richmond, was released on $125,000 bond last December pending trial, according to court records.

Michael W. Elliott, a lawyer for Cuevas, did not immediately respond to a request for comment Monday evening. But he told The Houston Chronicle that his client did not own the tiger. He said that he could not elaborate on Cuevas’ connection to the animal.

“He was the one who captured the tiger, and that’s all we know right now,” Elliott told the newspaper.

Jose Ramos, who lives next door to the home where the tiger was spotted, said that he had called 911 after seeing the exotic animal, the television station KPRC reported.

“I mean, I couldn’t believe it,” Ramos said.

The emergency dispatcher wasn’t exactly sure how to handle the situation, he said.

“‘Who do you want us to send? The police, the Fire Department, you know, the priest?’” Ramos said the dispatcher told him.

Officials said Monday that there were indications that the Bengal tiger was not the only exotic animal kept at the home.

“We have reports that he does have monkeys,” Borza said.

Borza said that Houston residents are allowed to own monkeys as long as they weigh less than 30 pounds. He said that it had been several years since a resident was found to have a tiger.

There are fewer than 2,000 Bengal tigers left in the wild, according to the World Land Trust, which said that they are typically solitary animals and use the “stalk and ambush” method to track and attack prey.

“This is a small circle of folks that deal in exotic animals,” Borza said. “Most of them know each other, from my experience.” 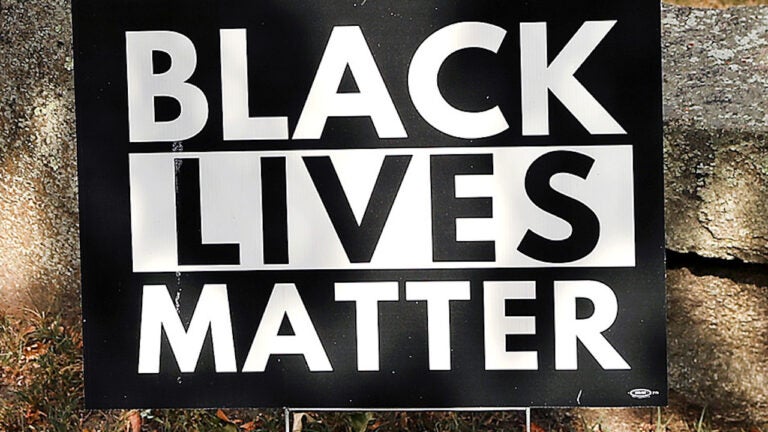 A Florida man tried to hire a hit man to murder his ex and pin her death on Black Lives Matter, feds say