Two people have been arrested in a road-rage shooting on a freeway in Orange County, California, last month in which a 6-year-old boy was killed while his mother was driving him to school, authorities announced Sunday.

Eriz Marcus Anthony, 24, and Lee Wynne, 23, are expected to be charged with the murder of the boy, Aiden Anthony Leos, who was struck by gunfire on May 21 while riding in the back seat of his mother’s car on the 55 Freeway in Orange, California, the California High Patrol said.

The shooting happened after what authorities said was a perceived unsafe lane change, with an occupant of a white Volkswagen station wagon firing at least one round at the vehicle carrying Aiden.

The killing of the boy, who was struck in the torso while riding in a child car seat, has drawn widespread attention. A $500,000 reward was offered for information leading to an arrest, and the California Highway Patrol released images of the suspects’ vehicle.

“While these arrests will not ease the pain of a mother’s loss, my hope is for the Leos family to have some peace of mind and to rest assured the CHP will work with the Orange County district attorney to bring justice for Aiden,” Amanda Ray, the California Highway Patrol commissioner, said in a statement.

It was not immediately clear if the two suspects, who were taken into custody at their home in Costa Mesa, California, had lawyers.

Authorities did not say which of the two had shot Aiden, who was in kindergarten.

Joanna Cloonan, Aiden’s mother, was driving north on the 55 Freeway when she tried to get out of the carpool lane on the morning of May 21, The Los Angeles Times reported, citing information from another motorist who had stopped to help. Another vehicle cut her off, and she gestured at the people in the car, who opened fire, the newspaper reported.

A memorial service for Aiden was held Saturday. 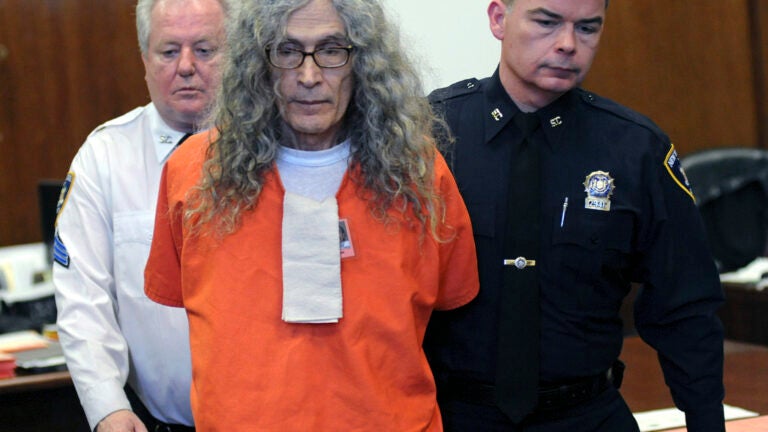