Less than a minute into Bryce Dershem’s valedictorian speech June 17, the microphone cut out. He had just told the audience at his New Jersey high school’s graduation ceremony that he came out as queer in his freshman year.

When he made that revelation, Principal Robert Tull went to the back of the stage and appeared to unplug some cords, a video from the ceremony shows.

Tull pointed to another copy of the speech on the lectern that did not have any references to sexuality or mental health.

A replacement microphone was brought to Dershem, but at that point, he said in an interview Saturday, he was frozen. Then his classmates at Eastern Regional, in Voorhees Township, cheered for him to continue.

“As it was happening, passion was surging through my veins that, yes, I need to give this speech,” he said, “because this is the exact kind of stigma that I want to fight against.”

Dershem knew every word of his own version of the speech, because he had been working on it for a month.

When Dershem’s speech was over, the audience gave him a standing ovation.

Tull and Dershem had been debating the contents of the speech for weeks, Dershem said, adding that he sent Tull three drafts, he said, because Tull said his speech was not broad enough for his 500 fellow seniors.

Tull and the Eastern Camden County Regional School District did not respond to requests for comment Saturday.

Superintendent Robert Cloutier told The Philadelphia Inquirer that the school district had not asked any students to remove mentions of “their personal identity” from their speeches.

The New York Times reviewed the high school’s livestreamed video of the ceremony. Dershem’s father reposted a clip of his son’s speech on YouTube.

Dershem is getting ready to move to Massachusetts in the fall. He will be a student at Tufts University, where he plans to promote the rights of women and LGBTQ people.

“I’m so happy to know that people are watching this speech,” he said. “I hope they believe in themselves more and feel less alone in their fight.” 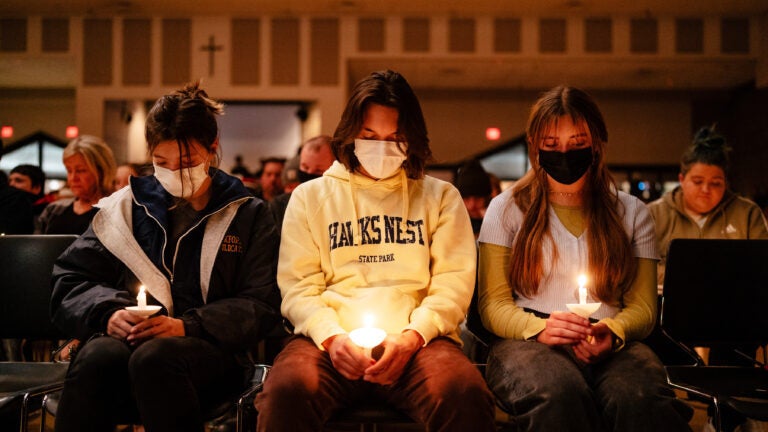