“FINALLY! A terrible wrong is being righted – a miscarriage of justice is corrected!” she tweeted, along with a photo of Cosby.

The post set off a fervent backlash, with critics accusing Rashad, the newly appointed dean of Howard University’s College of Fine Arts, of being insensitive and disrespectful of sexual assault survivors.

It is not the first time Rashad publicly supported Cosby. In 2015, she told a reporter that she didn’t believe the dozens of women accusing him of sexual harassment and assault – a statement that also received criticism.

Howard University condemned Rashad’s tweet in a statement late Wednesday, saying that it “lacked sensitivity towards survivors of sexual assault.”

“Personal positions of university leadership do not reflect Howard University’s policies,” the statement read. “We will continue to advocate for survivors fully and support their right to be heard.”

Rashad’s comments come as Howard University attempts to recuperate from years of accusations from students and alumni of repeatedly mishandling sexual assault allegations.

In 2017, at least six women filed lawsuits against the university for failing to respond quickly to reports of sexual assault. The following year, students occupied the school’s administration office, demanding better policies for dealing with sexual assault among other calls for improved housing and a temporary tuition freeze.

In 2019, several current and former students publicly recounted their experiences with sexual violence and their struggles to get support from the university. And last June, more students and alums told their stories online, prompting one Howard graduate and sexual assault survivor to establish the “Black Survivors Healing Fund,” a GoFundMe to help pay for the services such as therapy.

“As a @HowardU School of Fine Arts alum, and as a survivor, this tweet from @PhyliciaRashad is disappointing,” Alicia Sanchez Gill tweeted. “I hope we can have a dean who believes & respects survivors.”

“I think it’s good that Phylicia Rashad spoke up and showed us she’s not qualified to be the Dean of the College of Fine Arts. It’s really on Howard to do the right thing and rectify the situation,” Andrew Addison, another alum, tweeted.

Rashad walked back her comments in a follow-up tweet, saying she supports survivors who come forward with their experiences of sexual violence.

“My post was in no way intended to be insensitive to their truth,” Rashad, 73, tweeted. “Personally, I know from friends and family that such abuse has lifelong residual effects. My heartfelt wish is for healing.”

Rashad similarly said her comments supporting Cosby were misunderstood in 2015 following an interview with a reporter from Showbiz 411. Rashad told the reporter that the allegations against Cosby were “orchestrated” and a “destruction of a legacy.” At one point she said, “Forget those women.”

In an interview with ABC News, she said that she was misquoted and that she didn’t mean to come off as dismissive.

“I am a woman. I would never say such a thing,” she said.

At least 60 women have accused Cosby of raping or sexually harassing them. His trial in April 2018 centered around Andrea Constand, a former Temple University employee who accused Cosby of giving her a pill and then assaulting her in 2004.

Cosby was convicted on three counts of assault and sentenced to three to 10 years in prison. Cosby’s lawyers appealed the case in 2019, but the court upheld the decision.

The Pennsylvania Supreme Court overturned the case on Wednesday, ruling that prosecutors violated Cosby’s Fifth Amendment rights by using evidence from past statements in which he acknowledged that he obtained quaaludes to use on women. The prosecutor at the time told Cosby his statements would not be used as evidence against him. 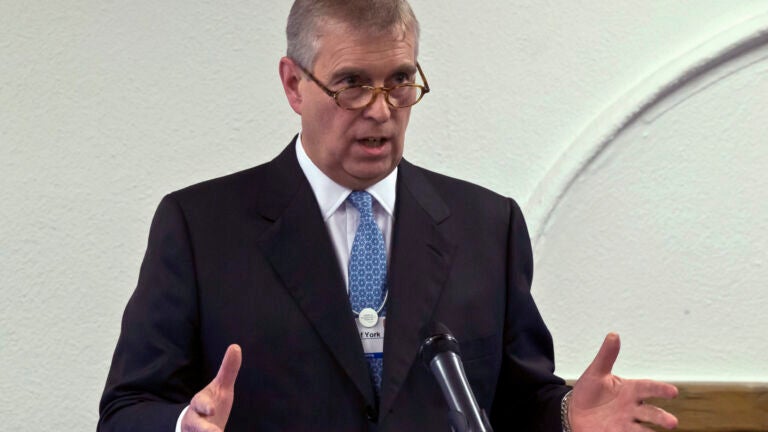