SURFSIDE, Fla. (AP) — Emergency workers gave up Wednesday on any hope of finding survivors in a collapsed Florida condo building, telling sobbing families that there was “no chance of life” in the rubble as crews shifted their efforts to recovering more remains.

The announcement followed increasingly somber reports from emergency officials, who said they sought to prepare families for the worst.

“At this point, we have truly exhausted every option available to us in the search-and-rescue mission,” Miami-Dade Mayor Daniella Levine Cava said at a news conference.

The formal transition from rescue to recovery was to take place at midnight, with a moment of silence scheduled for shortly after 7 p.m., officials said.

Also Wednesday, eight more bodies were recovered, bringing the death toll to 54, the mayor said. Thirty-three of the dead have been identified, and 86 people are still unaccounted for.

Miami-Dade Assistant Fire Chief Raide Jadallah told families at a private briefing that crews would stop using rescue dogs and listening devices but would continue to search for remains.

“Our sole responsibility at this point is to bring closure,” he said, as relatives cried in the background.

For two weeks, rescue crews have looked for spaces in the rubble large enough to harbor survivors. But they now say the likelihood of finding anyone alive is almost nil.

“We noticed the stress, the force of the pressure of the walls and the floors just pretty much again sustained no chance of life,” Jadallah said.

Hope of finding survivors was briefly rekindled after workers demolished the remainder of the building, allowing rescuers access to new areas of debris.

Some of those voids did exist, mostly in the basement and the parking garage, but no survivors emerged. Instead, teams recovered more than a dozen additional victims. Because the building fell in the early morning hours, many were found dead in their beds. The death toll stood Wednesday at 46, with 94 people unaccounted for.

No one has been pulled out alive since the first hours after the 12-story Champlain Towers South building fell on June 24.

Twice during the search operation, rescuers had to suspend the mission because of the instability of the remaining part of the condominium building and the preparation for demolition.

After initially hoping for miraculous rescues, families have slowly braced themselves for the news that their relatives did not survive.

“For some, what they’re telling us, it’s almost a sense of relief when they already know (that someone has died) and they can just start to put an end to that chapter and start to move on,” said Miami-Dade firefighter and paramedic Maggie Castro, who has updated families daily.

Authorities are launching a grand jury investigation into the collapse and at least six lawsuits have been filed by Champlain Towers families.

Naum Lusky, president of the Champlain Towers North condo association, said engineers hired by the city arrived Tuesday to conduct three days of tests at the building, which has a similar design and was built at about the same time as Champlain Towers South.

“They are checking from one end of the building to the other and everything is fine,” Lusky told The Associated Press.

Since the south building collapsed, he has insisted his tower is safe because his association kept up the maintenance and did not allow problems to fester. 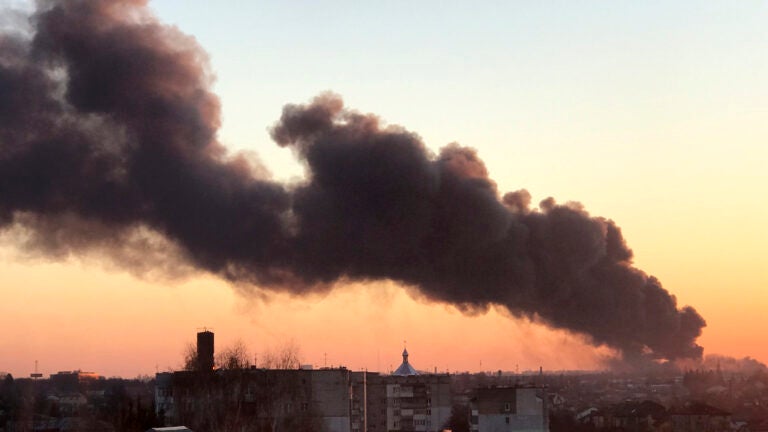