MINNEAPOLIS (AP) — The uncle of a teenager who recorded the last moments of George Floyd’s life in a video that helped launch a global protest movement against racial injustice has died in a crash involving a Minneapolis police car, officials confirmed Wednesday.

Darnella Frazier said in a Facebook post that Leneal Lamont Frazier died early Tuesday after his vehicle was struck by the squad car that police said was pursuing another driver linked to several robberies. Leneal Frazier’s death was verified in a news release Wednesday by the Hennepin County Medical Examiner, who listed the cause as “multiple blunt force injuries.”

Frazier was not involved in the pursuit and his niece questioned why police were conducting a high-speed chase on a residential road.

“Another Black man lost his life in the hands of the police!” Frazier wrote. “Minneapolis police has cost my whole family a big loss … today has been a day full of heartbreak and sadness.”

According to police, the squad car and two other vehicles collided about 12:30 a.m. after the suspect fled from a traffic stop. The driver of one of the other vehicles was taken to North Memorial Health in Robbinsdale, where he later died. The officer involved in the crash was treated at a hospital. Police did not release the names of those involved.

The officer was pursuing a driver who was in a vehicle linked to a carjacking and to robberies at a number of businesses, said Minneapolis police spokesman John Elder. The suspect remained at large, Elder said.

Darnell Frazier was 17 when she recorded the arrest of Floyd, a 46-year-old Black man, on May 25, 2020. Former Minneapolis police Officer Derek Chauvin, who held his knee to Floyd’s neck as Floyd was handcuffed and face down on the street, was convicted and sentenced to 22 1/2 years in prison. The three other former officers who were at the scene are due to stand trial in March. All four also face federal civil rights charges.

Frazier testified at Chauvin’s trial that she was walking to a corner grocery store to get snacks with her then-9-year-old cousin when she saw a man being pinned to the pavement, “terrified, scared, begging for his life,” so she pulled out her cellphone and began recording.

She was given a special citation by the Pulitzer Prizes last month for her recording. 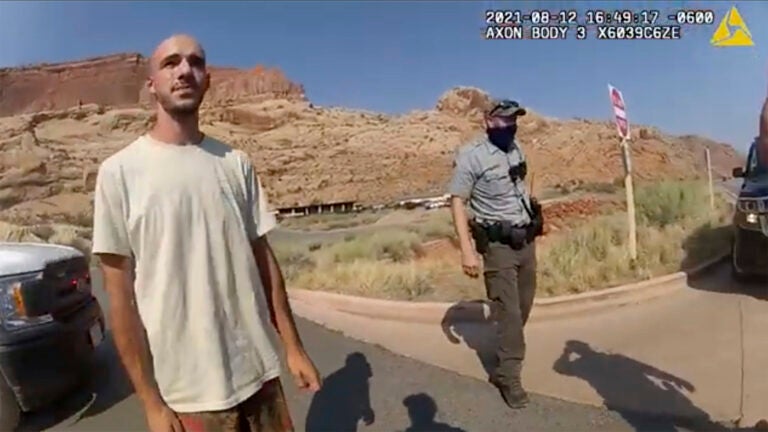