The lambda variant of the novel coronavirus has received a flurry of news coverage since it was added to the World Health Organization variant watch list in June. Lambda swept through several South American countries earlier this year and has been detected in parts of the United States, including this week at a major hospital in Houston.

Infectious-disease experts aren’t sounding any alarms about lambda yet. Its progress here has been slow, with fewer than 700 cases identified since it emerged in the country months ago. Moreover, experts say the threat from lambda is insignificant next to the highly transmissible delta variant, which is spreading rapidly among unvaccinated people and causing hospitalizations to spike for the first time in months.

“It is not anywhere near as concerning as the delta variant,” said Wesley Long, medical director of diagnostic microbiology at Houston Methodist Hospital, which this week reported seeing cases of the lambda variant. “That’s the engine that’s going to be driving the surge in the U.S.”

Still, scientists are studying the lambda variant, which has shown signs of being more transmissible than milder versions of the coronavirus. Here’s what you need to know about it.

What is the lambda variant?

The lambda variant, also known as C.37, is an emerging version of the novel coronavirus that was first detected in Peru in August 2020. It has since spread rapidly in that country, where it now accounts for the vast majority of new cases.

At least 29 countries have reported lambda recent months, most in relatively small numbers. Chile, Argentina and Ecuador have seen the most significant increases outside of Peru, according to the WHO.

The spread of lambda in South America led the WHO to designate it a “variant of interest” on June 14. That means scientists have identified genetic changes that could make it more dangerous than earlier versions of the virus.

According to experts, lambda has some of the same types of mutations observed in the alpha, beta and gamma variants that may increase transmission. It also has a mutation similar to one found in delta that may allow it to more easily infect lung cells.

But the WHO designation is less severe than “variant of concern,” a label the agency reserves for variants that have been shown more definitively to spread faster, make people sicker, or evade vaccines or treatments. That group includes the alpha, beta, gamma and delta variants.

How big of a concern is the lambda variant in the United States?

Experts are generally confident that the lambda variant won’t erupt in the United States the way it did in Peru, which already had the world’s highest COVID-19 mortality.

Lambda has quietly circulated for months in the United States without taking off. By comparison, the delta variant was first identified in the United States in March and now accounts for more than 80% of new infections over the past two weeks, according to the Centers for Disease Control and Prevention.

“What’s going on here in the U.S. is lambda is competing against the delta variant. And I think it’s losing the competition,” said Peter Stoilov, an associate professor of biochemistry at West Virginia University who studies the coronavirus variants. “The question is how competitive this variant is going to be. I don’t see it spreading anywhere near as fast as the delta.”

Experts also emphasized that the lambda variant was just one among many.

“It doesn’t really make the situation any worse,” said Nathaniel Landau, a microbiologist at the New York University who studies the variants. “It’s just more of the same.”

How effective are vaccines against the lambda variant?

Even if the lambda variant were to surge in the United States, there’s good news: two of the three federally approved coronavirus vaccines appear to work well against it.

A paper posted Monday by Landau and other researchers at NYU found that the Pfizer and Moderna vaccines had no problem neutralizing lambda. The variant showed a slight resistance to the two mRNA vaccines, but the shots were still highly effective, according to the study, which has not been peer reviewed.

“The vaccines induce such good antibodies that even if the virus is a little bit resistant they are still quite sufficient to kill the virus,” Landau said.

The Johnson & Johnson vaccine, on the other hand, doesn’t offer the same defenses against lambda or delta, the researchers found.

Still, Landau was quick to point out that the Johnson & Johnson vaccine offered other benefits, including its ability to help the body’s T cells fight infection.

“There’s no reason to think that the T cell response isn’t as good,” he said. “It would still be there to block variant viruses.”

Experts stressed that vaccines were the most important tool for combating the coronavirus, regardless of the variant. Long, of Houston Methodist, said people now have a choice: either get vaccinated or, eventually, get infected.

“No matter what Greek letter comes along next, the vaccine is really our best defense,” Long said. “If anybody thinks they can hunker down and never get the virus, I think that’s a fantasy.” 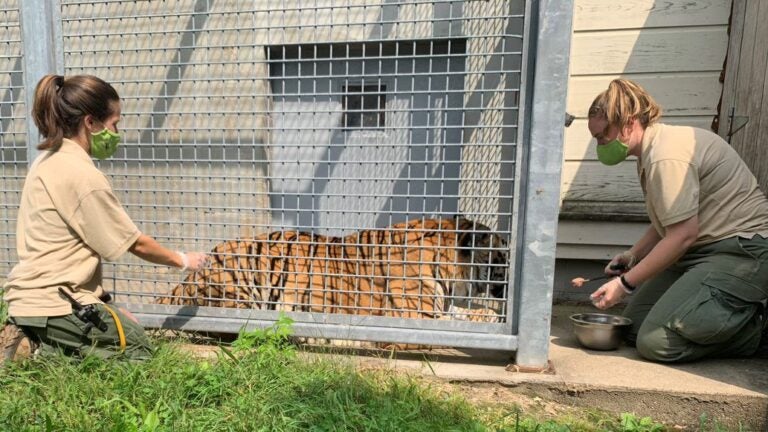