On “The Dating Game,” he was introduced as “Bachelor No. 1,” a successful photographer who enjoyed skydiving and motorcycling in his spare time.

With his suggestive quips and his impression of a “dirty old man,” Rodney James Alcala won the contest, scoring a date with the charmed bachelorette.

But in the years that followed his 1978 turn on the popular show, Alcala would come to be known as the “Dating Game Killer.” He was convicted of the murders of six women and a 12-year-old girl, with some of the crimes committed before his TV appearance. Investigators estimate his victims could number as many as 130, the Associated Press reported, but the true number may never be known.

Alcala, who was on death row in California, died Saturday at age 77. The California Department of Corrections and Rehabilitation said he died at 1:43 a.m. at a hospital in Kings County but did not elaborate further.

“The planet is a better place without him, that’s for sure,” Tali Shapiro, who was beaten and sexually assaulted by Alcala in 1968 when she was 8, told the New York Times. She added, “It’s a long time coming, but he’s got his karma.”

The 1968 attack was reportedly his first known crime. He stopped the girl as she walked to school in Los Angeles, according to California court records, offered her a ride and then took her to his apartment. After a witness called 911, police arrived within 10 minutes to find Tali bloodied and unclothed, with a severe head wound.

Alcala escaped through a back door and became a fugitive. He fled to New York, attended New York University under a different name and, with his good looks and charm, persuaded many young women to pose for him. He returned to California in 1972 after teenagers spotted his face on an FBI poster. They recognized him as their counselor at a New Hampshire summer camp, OC Weekly reported.

He was convicted of child molestation but was paroled in 1974. Within two months of his release, he approached a 13-year-old girl at a bus stop in Huntington Beach, Calif., and took her to cliffs overlooking a beach. He forced her to smoke marijuana and kissed her — an encounter that ended when a ranger arrested both of them for marijuana possession, according to court records.

Alcala returned to prison until 1977 but was again released on parole.

His criminal record went unmentioned during his dating-show appearance a year later. In footage of the episode posted on YouTube, he wore a brown bell-bottom suit and smiled as a host presented him as one of three contestants vying for a date with bachelorette Cheryl Bradshaw.

“We’re going to have a great time together, Cheryl,” Alcala said by way of introduction.

When Bradshaw asked him what the best time of day was, Alcala said he preferred the night “because that’s the only time there is. . . . Nighttime is when it gets really good.” She then asked: “I am serving you for dinner. What are you called and what do you look like?”

“I’m called the banana and I look really good,” Alcala said. Asked to be more descriptive, he responded, “Peel me,” drawing laughter from the audience and Bradshaw.

After Bradshaw chose Alcala, the two were awarded tennis lessons, complete with outfits, and a trip to the Magic Mountain theme park. But the date never happened. Bradshaw called the show’s office after filming and told contestant coordinator Ellen Metzger that she didn’t want to go.

“She said, ‘Ellen, I can’t go out with this guy. There’s weird vibes that are coming off him. He’s very strange. I am not comfortable. Is that going to be a problem?'” Metzger told ABC News. “And of course, I said, ‘No.’ “

The next year, on June 20, 1979, 12-year-old Robin Samsoe of Huntington Beach vanished while riding a bike to a ballet lesson. A Forest Service employee later found her remains, scattered across a remote ravine in the Los Angeles foothills. Robin’s friends told police that a stranger had photographed them on the beach the day she disappeared.

Authorities obtained a warrant to arrest Alcala based on his record, his known habit of photographing children and indications that he frequented the area where the girl’s body was found. After earrings found in a locker that he rented in Seattle were identified by Robin’s mother as belonging to the girl, Alcala was taken into custody on July 24, 1979.

Twice, in 1980 and again in 1986, Alcala was convicted and sentenced to death for the killing. The California Supreme Court overturned the first conviction, ruling that evidence of his previous crimes should not have been admitted at trial and tainted the case.

A federal appeals court threw out his second death sentence in 2003, ordering a new trial. While preparing for a third trial, investigators learned that Alcala’s DNA linked him to the deaths of other women. In 2010, an Orange County jury convicted Alcala of five counts of first-degree murder.

After New York investigators began probing Alcala’s potential ties to unsolved 1970s-era killings in the city, he was indicted in 2012 in the murders of two 23-year-old women: Cornelia Crilley in 1971 and Ellen Jane Hover in 1977. He pleaded guilty, according to the California Department of Corrections and Rehabilitation, and was sentenced to 25 years to life.

In 2016, Wyoming prosecutors charged Alcala with the murder of Christine Ruth Thornton, 28, who disappeared in 1978 and whose body was found four years later. She was six months pregnant at the time of her disappearance.

DNA evidence linked Alcala to the crime, the AP reported, but prosecutors said he was too sick to be extradited to Wyoming to face the charges.

Alcala is either linked to or suspected of additional homicides in Arizona, California, New Hampshire, New York and Washington state, the California Department of Corrections and Rehabilitation said.

Jeff Sheaman, a Wyoming investigator who interviewed Alcala while working on a cold case, told the New York Times on Saturday that “there might be a ton of other victims out there.” He described Alcala as “the most cold person.” 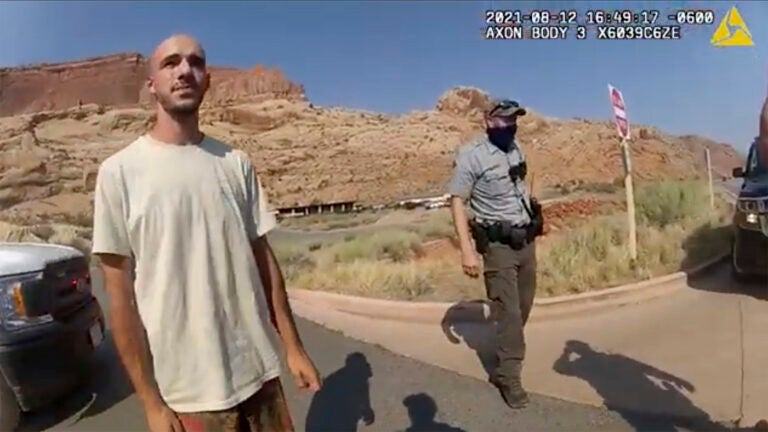